Bruno Fernandes has scored more goals than any other United player since arriving at the club in January
By Anthony Eadson
17:35 Tuesday 23rd June 2020 - 6 minute read

Back in August last year if you’d have told us that Manchester United and Sheffield United would be in a European Qualification race in the final furlong of the season, we’d have said ‘get to France’. However after being priced at 150/1 - a 0.7% implied probability with PaddyPower on the opening day of the season - Chris Wilder’s Blades now have a real possibility of giving their fans the ultimate reward of European football, priced at just 4/1 to do so and achieve a top six finish with William Hill.

The game is live on SkySports at 18:00 and can also be seen on Freeview channel 11 ‘Pick’. Bet365 have a win for United priced at 2/5, with Betfair currently top price 1/2 at the time of writing. A win for the Steel City side is 13/2 with WilliamHill although it would be their first away at Old Trafford since all the way back on Boxing Day 1973, with the draw being offered at around the 10/3 mark.

Predicting the line-ups could be rather tricky with this one and it may be worth waiting until team news is released before making any wagers, however after the positive performance as a substitute in north London on Friday, we feel it could be time that Paul Pogba comes back into the starting line-up, possibly at the expense of Fred. Mason Greenwood and Nemanja Matic also made a good impact from the bench at Spurs and could feature with Rashford maybe lacking some match fitness.

For Sheffield United, goalkeeper Dean Henderson is ineligible for the game with himself being on loan from the Reds. Simon Moore was the shot-stopper who stepped in during the reverse fixture at Bramall Lane earlier this season and is expected to do so again at Old Trafford. John Egan is suspended after his red card away at Newcastle that came in the 3-0 defeat which was their biggest margin of loss in the league so far this campaign.

Our first selection for the game is Bruno Fernandes to have two or more shots on target. This was originally priced at 5/4 with Betfair but they’ve given it a little boost up to 6/4 giving it an 40% implied probability of landing. Sky Bet are just even money on the Portugese playmaker to land two shots on goal so we feel this is a decent price.

However from looking at Bruno’s numbers so far in the Premier League we can see that this bet has landed in 50% of his Premier League games so far, with Friday’s 1-1 draw away at Tottenham being one of those.

He managed to get himself on the scoresheet in that game via the penalty spot, and despite Marcus Rashford grabbing the ball to take a second penalty that was chalked off by VAR, we still think Bruno will now be the first choice taker from twelve yards.

The data on Fernandes just keeps getting more impressive by the game and since his arrival at the club he has scored more goals, made more assists, had more shots on target and played more passes into the box than any other player at the club in that time. At 6/4 we are happy to have Bruno on side for two shots on target.

Our second selection is one that has been slashed in the market already but one we still want to be involved with, Luke Shaw to have one or more shots on target. First up our thinking behind this one is that when Luke Shaw has played away from Old Trafford this season he has averaged just 0.1 shots per game. However when you compare that to his shots per game at Old Trafford, it rises to a much more impressive 0.8 per game.

With this in mind we were bamboozled to see the opening price of 11/2 for the 24-year-old to have just one shot on target. However since then the price has been slashed into 11/4 to our disappointment, but with Skybet still just being priced at 9/4 we still feel the now boosted price from the boys at Betfair of 10/3 isn’t too shabby.

As mentioned earlier it could be worth waiting until team news for this one, or making sure the cash out is available on your bet for if your player doesn’t start. This is because we feel there is a possibility that young Brandon Williams may come in at full-back but, if Shaw does start then we feel the 10/3 for 1 or more shots on target, or even 22/1 for 2 or more shots target, are very backable prices from Betfair.

For those who are much more interested in fancy prices we’ve got a longshot at 50/1 for you which includes Bruno Fernandes to score, with Aaron Wan-Bissaka and Sheffield United’s Sander Berge to be carded. Given an implied probability of just 2% from PaddyPower we think this one represents a nice bit of value.

The Bruno Fernandes element of this same game multi needs no introduction. He’s averaged an incredible four shots per game in the league since arriving. He’s a major threat from free-kicks and is always looking to get that shot off on goal, regardless of distance. Being priced at 6/4 to get on the scoresheet and having scored more than any other player at the club since arriving, he makes up one third of our three-pronged punt.

Next up we’ve gone for right-back Aaron Wan-Bissaka to be carded. Having a look through the United squad we can see that only Fred has been booked more times than AWB this season, and the Brazilian would have been our first choice if we were not in doubt about him potentially being dropped for Paul Pogba. With five cautions to his name in the Premier League this season already and being 11/4 to pick up his sixth, we’ve added the young Englishman to our 50/1 shot this Wednesday.

Rounding off the trio of we’ve gone for Sheffield United’s January signing Sander Berge to be carded. The Norweigian is yet to be booked in his five starts for Wilder’s impressive Blades, but the thing that caught our attention here was that he has actually committed more fouls than any other Sheffield United player during that period. With this considered and potentially being up against a midfield two of Bruno Fernandes and Paul Pogba, Berge looks primed to pick up his first booking. Just to recap, that's a girthy price of 50/1 with PaddyPower for Fernandes to score with Wan-Bissaka and Berge to be carded.

Good luck with all your punting over the remainder of the season and please remember to always gamble responsibly. 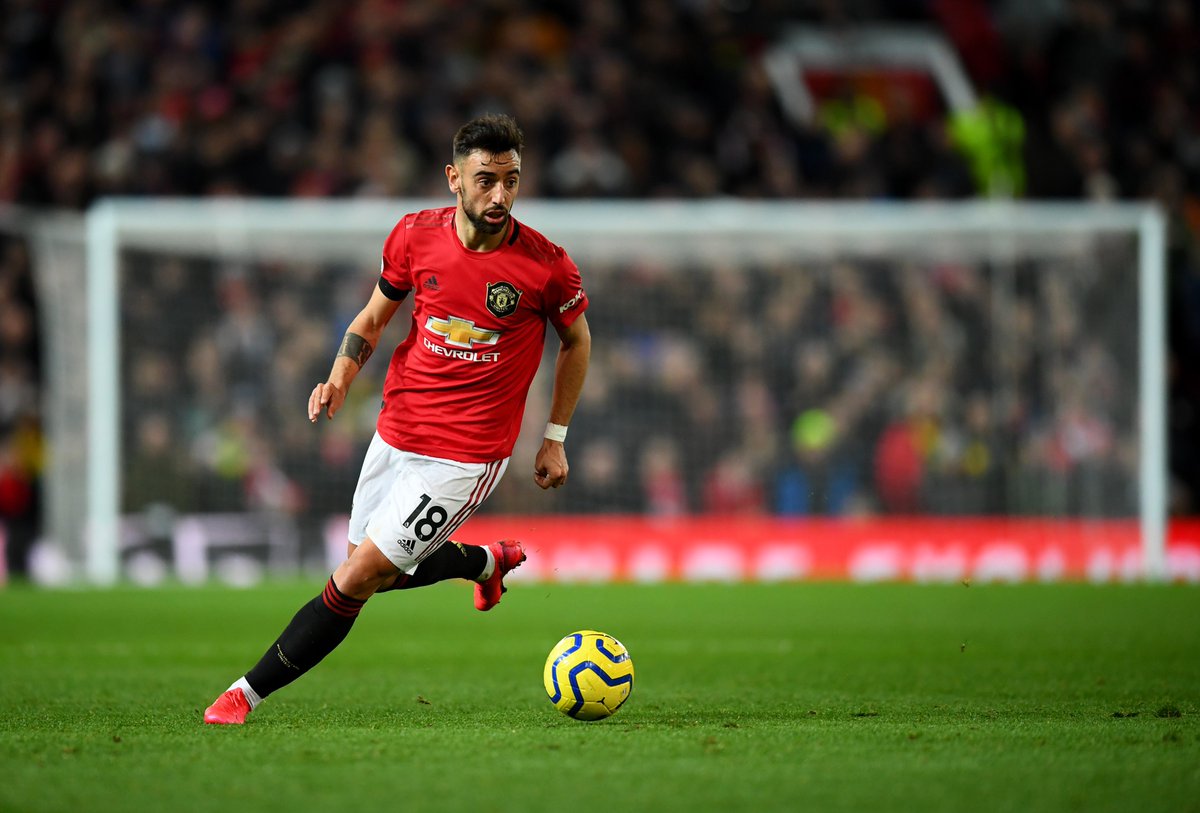 1 - Since Bruno Fernandes' debut for the club, no Manchester United player has scored more goals (4), made more assists (4), had more shots on target (15), created more chances (26) or played more passes into the box (98, incl. crosses) than him. Influence. https://t.co/dgDQKeWk7Z

Iran vs. USA Bet Builder Tips: Taremi to hit the target in cagey affair against USA

Netherlands vs. Qatar Bet Builder Tips: Gakpo to score and make it three in a row

Football Accumulator Tips: 16/1 Treble for Day 10 at the World Cup