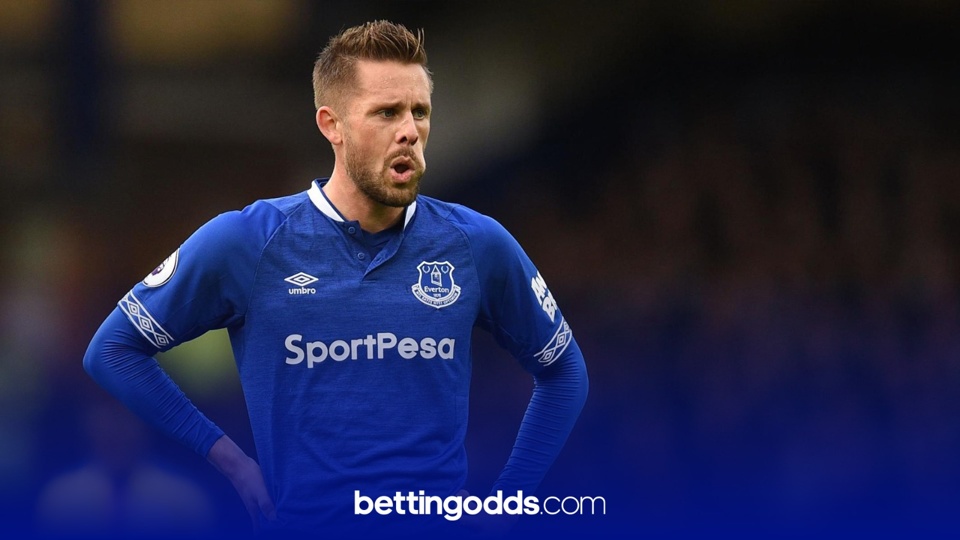 Ole Gunnar Solskjaer will be hoping his Manchester United can pick up where they left off after stunning Southampton on Tuesday evening with a 9-0 thrashing. United take on Everton at Old Trafford on Saturday evening with the game kicking off at 8pm.

We’ve got three football tips for the game, which sees the home side priced at 8/15 to collect all three points. After a midweek victory at Leeds United on Wednesday, Everton are 11/2 for the win, while the draw can be backed at 10/3 with most firms.

Jordan Pickford is expected to be fit in time for Saturday’s game, while Allan remains sidelined through injury. Edinson Cavani is expected to continue in attack for United despite coming off at half-time against Southampton. James Rodriguez is pushing for a start after being left on the bench against Leeds.

Both Luke Shaw and Aaron Wan-Bissaka put in exceptional performances against Southampton on Wednesday with the latter finding the back of courtesy of an assist from Shaw. I’m fancying Aaron Wan-Bissaka to have a shot against Everton on Saturday evening which is currently available at 5/4 with both Betfair and Paddy Power.

The Manchester United right-back has enjoyed venturing into the opposition half of late and has actually let off a shot in each of his last three games. His goal on Wednesday came from a cross down the left-hand side, which is where 43% of United’s attacks have come this season. This as a result creates space on the right that allows AWB to potentially end up on the end of crosses, just as he did on Wednesday. I’m surprised to see this selection priced at odds-against after the 23-year-olds attacking intent over recent weeks.

Gylfi Sigurdsson will be hoping to keep his place in the starting lineup for the Toffees after getting himself on the scoresheet at Elland Road this week. The Iceland International is averaging 0.42 shots on target per 90 minutes in the league this season and with odds of 13/5 only implying a 28% chance of him landing a shot on target against United, I think we have a little bit of value.

A potential free-kick and penalty taker, Sigurdsson registered two shots on target against Leeds this week. Sky Bet have this same selection priced at 5/6 while Coral are offering just 11/10. I do feel this is more of a price play, with Everton expected to have fewer shots than they did against Leeds but at 13/5 for a shot on target, I’m struggling to keep away from this one.

At 22/1, I’ve also picked out a Same Game Multi with Betfair which starts with Bruno Fernandes to have two or more shots on target. No player in the Premier League has registered more shots than the Manchester United midfielder this season with his impact and influence clear for even the most negligent of armchair fans. With an average of 1.5 shots on target per game this season it’s well within Bruno’s capabilities to hit that target twice with him being on both penalties and free-kicks.

Richarlison is priced at 10/11 to have a shot on target against Manchester United, which from memory is the biggest price he has been all season. Despite a rather dry spell in front of goal Richalison still averages bang on 1 shot on target per 90 this season and I’m hoping he can get back to hitting the target on a regular basis as he did in November and December with 11 shots on target in five games. A player who is greedy at times is what often I look for in the shots markets from attackers and Richalrison looks slightly overpriced here in my opinion.

I’ve added Mason Holgate to be carded to this 22/1 shout after the 24-year-old has started the last three matches for Carlo Ancelott’s side. When it comes to disciplinaries this term, Holgate has been booked an impressive four times in ten games. I’m expecting him to start at right-back which should give him plenty of work in an area where United attack the most.

That’s three picks in total priced at 5/4, 13/5 and 22/1. Best of luck to those following and please always gamble responsibly.