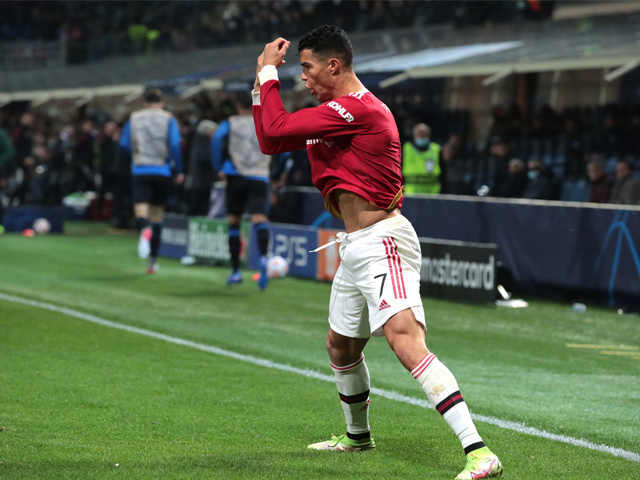 Wizard is backing Ronaldo to have his shooting boots on tonight

The hosts are on a horrible run of form in the league, winning just 1 out of their last 5 games, a run which includes disappointing losses to Liverpool (4-0) and Arsenal (3-1). With just 4 games left until the end of the season, it looks like Manchester United have thrown away their chances of getting a Champions League spot and even a Europa League spot looks hard to achieve based on their current form and standing in the league table.

The visitors Chelsea beat West Ham at the weekend through a dramatic 90th minute Pulisic winner and they could potentially cement third spot with a win here. Tuchel’s men have not had been great at home this season but away from home they boast the 2nd best record in the league after Manchester City and are currently on a run of 9 consecutive away victories in all competitions. However, their record at Old Trafford in recent seasons has been poor as they have not won here in their last eight visits in the premier league. Tuchel will be hoping to take advantage of Manchester United’s current defensive issues and finally get a win for Chelsea at Old Trafford. We can expect a cracking game of football.

A massive premier league clash awaits us and as usual, I have you covered with 2 of my best betting angles included in the preview below:

Kovacic, Ben Chilwell, Callum Hudson-Odoi & Barkley are out for Chelsea while Rudiger & Reece James are doubtful.

- Over 0 goals in the match for Chelsea

- Over 0 cards in the 2nd half for Manchester United

- Over 1 cards in the match for Manchester United

Chelsea are in splendid form away from home, winning their last 9 consecutive away games in all competitions. They have scored at least 1 goal in their last 10 games on the road and put 3 past Real Madrid in Madrid as well as 6 goals past Southampton in the premier league.

They should really be scoring at least 1 goal against a Manchester United side who have conceded a goal in their last 8 games in a row in all competitions. As for the cards, United have received 12 yellow cards in their last 6 premier league games so an average of 2 per game. In current form, I expect them to be trailing at one point in the 2nd half and then foul Chelsea’s attackers on the counter to pick up a yellow card. In their last 6 meetings against Chelsea, they have received a total of 16 yellow cards and with Mike Dean at the whistle, not many fouls will go unpunished. Combining these 3 selections gives us a solid bet builder @ 4/5 that I will be getting on with a 1pt stake.

I am backing the top scorers from each side to get at least 1 shot on target each. Both Mount and Ronaldo are in red hot goal-scoring form for their respective teams and I expect them to test the opposing goalkeepers in this game.

As for the BTTS pick, I expect a cautious start from both teams but then the game to open up in the 2nd half as both sides try and go for the win. United have conceded a 2nd half goal in their last 7 consecutive premier league games and Chelsea in 4 of their last 7. This pick landed in the reverse leg with both teams netting in the 2nd half at Stamford Bridge and I expect the same to happen again here at Old Trafford.

Combining these 3 picks gives us a cracking longshot @ 4/1 and I am happy to stake a small 0.25pt on that as my final bet for this game.