Manchester City vs Leicester Odds: Trust in Maddison to hit the target 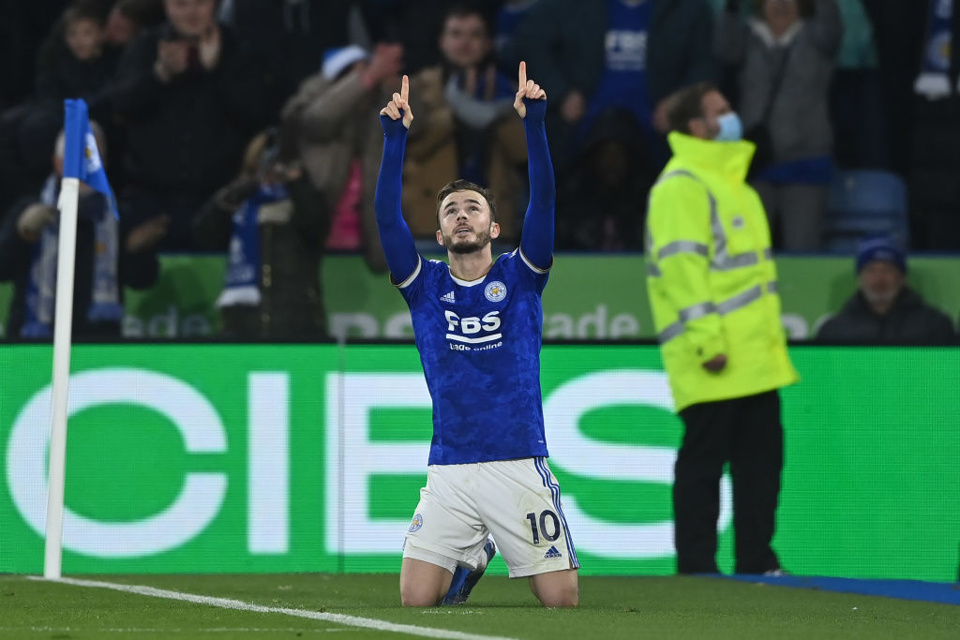 Manchester City take on Leicester in one of five three o’clock kick-offs in the Premier League on Boxing Day. The home side had had longer to prepare for this game than the visitors who were in Carabao Cup action at Anfield midweek, in a game they lost on penalties after a 3-3 draw.

Jamie Vardy, Caglar Soyuncu and Ricardo Periera all picked up muscle injuries in the game with Liverpool which only adds to Brendan Rodgers’ injury woes. Wesley Fofana, Daniel Amartey, James Justin and Hamza Choudhury are confirmed absentees, while Jonny Evans, Timothy Castagne and Harvey Barnes are all a doubt.

Pep Guardiola is one of the luckier bosses in the league at the moment with Kyle Walker lacking match fitness his only injury concern, along with Ferran Torres who looks to be off to Barcelona.

The Foxes had held a two goal lead against Liverpool on Wednesday only to throw that away in the closing moments. This will not help morale and they will have to dig deep against a City side that has been in form of late winning their last eight league matches.

With that run of eight consecutive victories in mind and with Leicester’s injury concerns the home side are incredibly short in the betting to take all three points priced at just 2/11 with bet365, an 85% implied chance of winning.

We’ve tasked @AnthonyEadson with providing us with two tips for the match from the Etihad.

The first selection I like the look of here is James Maddison to have one or more shot on target in the match priced at evens with Skybet and 5/6 with Betfair and Paddy Power.

Maddison has been in good form of late when it comes to hitting the target. He scored an absolute scorcher at Anfield on Wednesday which brought home a 25/1 double which was spotlighted here on BettingOdds.com, with both the Leicester man and Ross Barkley to hit the target twice.

The midfielder has registered 2+ shots on target in four of his last five league matches as well as two in the League Cup on Wednesday. In 2020/2021 Maddison averaged bang on 1 shot on target per game in the league and that figure has since increased to 1.2 per game in this latest campaign.

Looking back at Maddison’s previous meetings with Manchester City, he’s actually recorded at least one shot on target in all of his last four matches against Pep Guardiola’s side and with this in mind I’m happy to take the even money for 1+ with Sky Bet.

I’ve also picked out something at a bit more of a price with bet365 in the form of Manchester City to win the game to Nil and Youri Tielemans to be carded. The current Premier League champions have won eight on the bounce in the league and just like last season, look to be going on a strong and potential title-winning run over the winter months.

I feel they should have no problem getting the points against a weakened Leicester side on Sunday and I can’t really see the visitors laying a glove on them. The Cityzens have kept clean sheets in eight of their last ten home league matches and I fancy another in Gameweek 19.

Leicester may have to reshuffle their deck due to Covid-19 and several injuries meaning Ndidi may be forced to play in defence rather than in midfield. This may well leave Youri Tielemans with more of the hard graft to do in terms of protecting the defence and breaking up play. The Belgian was shown six yellows in 37 league appearances last season and has one in the league and Carabao Cup so far this term.

Best of luck with your boxing day bets and please always gamble responsibly.

#AD New UK, IE & Malta customers only. 18+. Min £10/€10 first deposit using Debit Card or Trustly. Place a bet of £10 at min odds of 1.5. Free bets expire in 90 days. Full T&Cs apply.
Opt-in
Sign up for market leading stats and exclusive expert picks delivered to your inbox from next season
Click to sign up to receive tips
By clicking opt-in you agree to our privacy policy and terms and conditions below
Opt-in
Your Details
Complete your details below to enter:
Full Name
Email
SUBMIT
Please fill in both your name and email
Opt-in
SUCCESS!
Thank you for your submission.