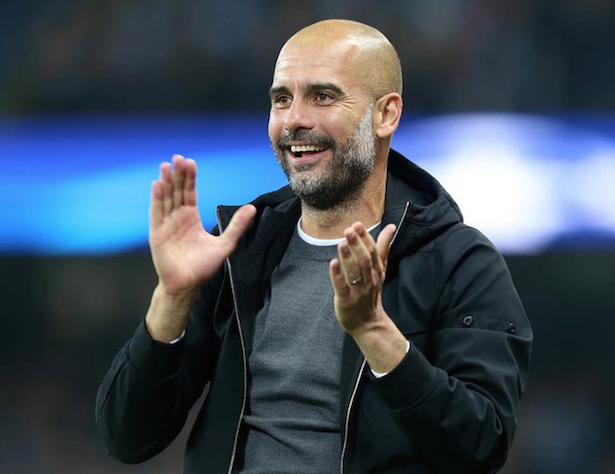 Manchester City take on Bournemouth at the Etihad on Saturday afternoon at 3pm. Fresh from a comprehensive Erling Haaland-inspired 2-0 win away to West Ham, Pep Guardiola will demand no slip-ups from his troops on home soil against the Cherries, who will be boosted by their own opening weekend 2-0 win against Aston Villa.

Below we pick out three bets for the weekend’s clash in sunny Manchester, with the focus on a certain blondie…

After such a convincing display in East London it will be interesting to see if the king of tinkering, Pep Guardiola, makes any changes in Gameweek 2.

With an out-and-out striker now in City's ranks, it would be a shock if Pep opted not to start Erling Haaland who will be brimming with - even more - self-belief following his superb performance last weekend: he's now priced at just 5/4 to win the Golden Boot.

Bournemouth may have been many peoples pick to suffer an instant relegation, but they managed to register an early three points on the board at home to Villa. Few will be backing them to repeat the feat away to Man City, although the more optimistic of you can find whopping odds of 43/1 for a shock win of seismic proportions.

Any question marks surrounding how long it would take Erling Haaland to thrive in the Premier League were put to bed in the opening gameweek after the Norwegian sensation bagged a brace in City’s 2-0 win at West Ham.

After his barnstorming performance in London, Haaland is predictably slim in many of the goalscorer markets for the Bournemouth game: 1/4 to score anytime, floating around the 7/5 mark to score two or more, and just 6/1 to net a hat-trick.

However, I do think there’s value to be had in Paddy Power’s 15/2 for Haaland to score a header against the Cherries, which has been boosted from 6s. His two goals against West Ham were courtesy of the penalty spot and a composed left-food finish, however he could easily have opened the scoring with a header on 19 minutes.

Not only is he fast, physical and drenched in confidence, Haaland also represents an ideal focal point from an aerial perspective for Man City. The 6'4" striker scored five headers for Dortmund last season and now with an ocean of creative talent surrounding him at his new employers he’s sure to be awash with goalscoring opportunities throughout the season, many of which are likely to come from crosses into the mixer, making the 15/2 stand-out for a headed goal against Bournemouth.

While Bournemouth impressed upon their return to the top-flight, Man City are in a completely different stratosphere to an out-of-sorts Aston Villa in the midst of an identity crisis.

Pep Guardiola's troops have the ability to run riot against any team. An early goal or two at the Etihad could really open up the floodgates, and should this happen, Erling Haaland and Kevin De Bruyne will surely be heavily involved in the attacking returns.

The duo showed how in sync they are already in the opener at West Ham, with De Bruyne's superb through ball setting up Haaland's second goal. This is likely to become a common theme this season.

Given Man City’s obsession with possession, it could be a long old afternoon for visiting Bournemouth, particularly in the middle of the park. A lack of ball time could see frustrations easily boil over in scorching hot temperatures in excess of 30 degrees.

There are a few decent prices to be had within the “to be shown a card market”, including Bournemouth’s 6ft 4in combative midfielder Philip Billing at 5/2.

Billing - no stranger to the ref’s little black book - was handed a yellow last weekend against Villa, while he was booked a total of 13 times last term - the fourth highest in the Championship - and during a span of seven games between November and December he was booked a whopping six times!