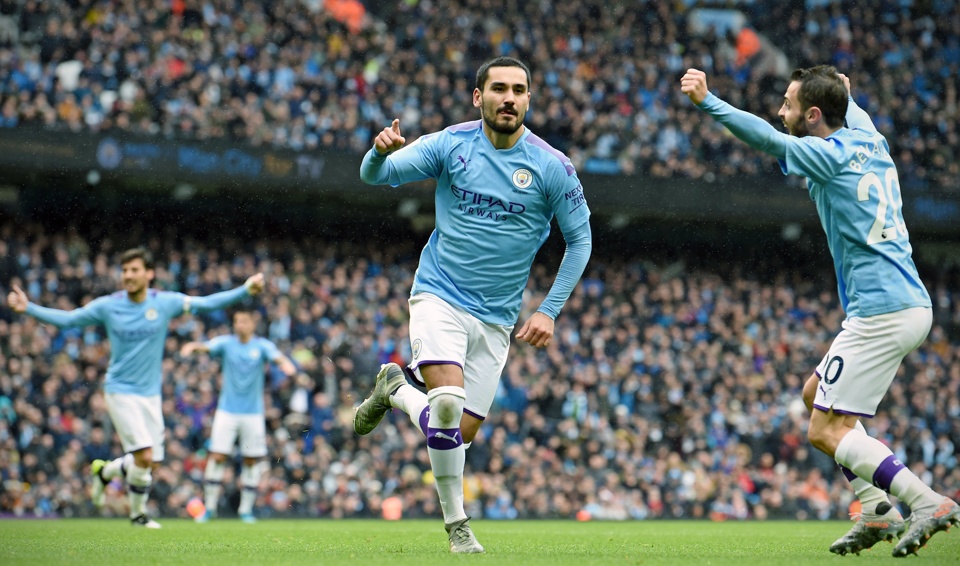 Manchester City host Brighton in midweek action, with the Citizens looking to continue their march up the Premier League table. Victory will see the Blues move into third place in the league and, dependent on Manchester United’s result at Burnley on Tuesday, potentially just one point behind their Stretford neighbours.

The outrights odds of 1/5 for Pep Guardiola's side to record a seventh successive win here is probably a fair reflection of where these two teams currently sit.

City look to be getting into their groove now after a slow start to a season in which they'll be desperate to retain the Premier League title back from Liverpool's possession. In all competitions, City are unbeaten in 13 matches mainly attributed to a watertight defence which has conceded just 3 goals in 13 fixtures domestically and in Europe.

The partnership at the back between John Stones and Ruben Dias is the kind of unity that Guardiola has been seeking for years and especially in more recent times when the free-flowing football has not resulted in the same output of goals at the top end of the pitch. With the best defensive record in the division behind them and the attacking players now settling into their rhythm, I'd be confident of a convincing win here.

The Blues appeared to have clicked into gear but the same certainly cannot be said for opponents Brighton.

Graham Potter's men made very hard work of progressing through their FA Cup tie against League Two Newport County, requiring a penalty shoot out to make Round Four. The Seagulls are in pitiful form with just 1 solitary victory in 17 games over 90 minutes, a run which has put Potter under pressure amongst his own fanbase.

Brighton fans are growing impatient with the lack of results despite a more positive brand of football than under previous gaffer Chris Houghton and a trip to the Etihad is the last thing the South Coast club will want right now, especially given their recent record against City.

The last three head-to-heads have seen Brighton lose 4-1, 4-0 and 5-0 and a repeat could be on the cards on Wednesday night with the way that the Seagulls are defending this campaign. No team is underperforming on their Expected Goals Against (xGA) as much as Brighton in the top flight - with their xG against at 20.66 and their actual goals conceded standing at 28.

City have found a way to cope without legendary striker Sergio Aguero in recent weeks with an interchangeable front three/four depending on the formation. Facing a Brighton team that rarely pivot from the same way of playing no matter the opposition, I think City will win by a good margin here against a team missing some really key players such as Yves Bissouma through suspension and Tariq Lamptey with an injury.

City are 23/25 to cover the -2 on the Asian Handicap with bet365, a bet that will win if they record a victory by a 3 goal margin or higher and be refunded if they only manage a 2 goal margin.

One player that has really stood out for me in recent weeks when watching City has been midfielder Ilkay Gundogan. The Germany international is really taking games by the scruff of the neck and by playing alongside Rodri, he has more licence to get forward and break into the box to support his teammates in trying to score.

That is highlighted by the fact that Gundogan has recorded at least one shot on target in his last four Premier League starts, scoring in 3 games. Goals from your midfielders are crucial for any side looking to challenge for the title and when he gets in to decent positions, Gundogan is a good finisher so I think this price represents some decent value.

The former Borussia Dortmund star is shorter than Evens (1/1) elsewhere to hit the target and in a game where you would expect City to rack up the shots in (26 and 15 in the two meetings last season), I'm happy to place 2.5 points on the bet.

Given all the above, I think it's worth creating a little treble along the lines of thinking we've already covered - this time with City to score 3 or more goals - and including a backing of a low card contest.

The referee here is Darren England and he has averaged below 3 cards this season (2.9 per game), a figure which is not unique to 2020/21 with a recorded average of 2.77 per match last season. England's record involving Premier League sides brings down his average even more and he's given under 30 booking points six times already this season.

This fixture since Brighton's promotion to the Premier League has been historically low for cards with just 9 cards shared between them in six meetings and five of those contests seeing less than 30 booking points. Brighton's matches on the road have been low for cards since their last win at Villa Park with two of those 4 contests going by without a single booking at all.

At 6/1, this treble is worth a little investment to give us even more interest in a game which the home team should dominate from the first whistle.