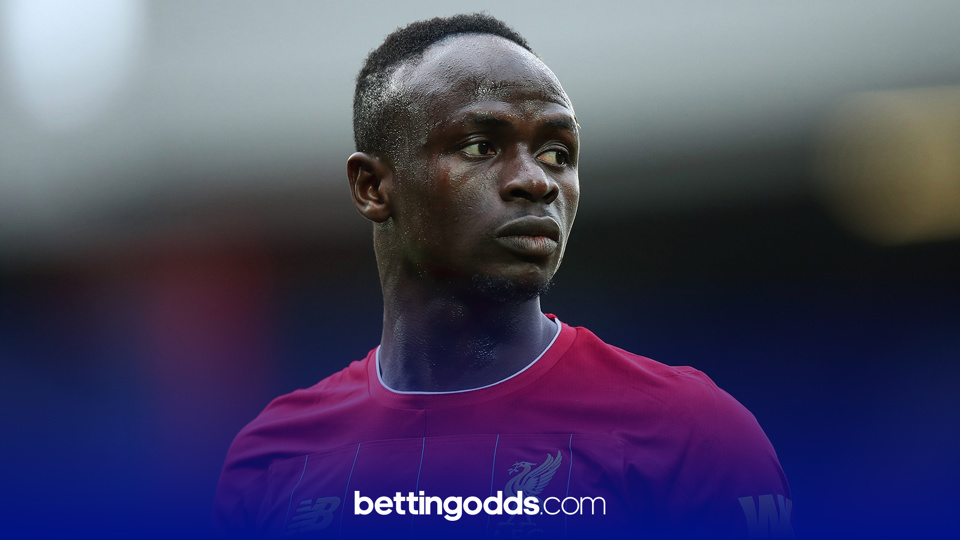 The pick of the games on the first day of the new Premier League season looks to be in Merseyside, where champions Liverpool host newly promoted Leeds United at Anfield. It’s a real shame that there will be no fans in the stadium to view this transpennine tussle between two historic teams, however the game can be viewed live on Sky Sports kicking off at 5:30pm.

Leeds look to have a fully fit squad ahead of their first Premier League game in 16 years and Marcelo Bielsa has new striker Rodrigo Moreno at his disposal to potentially start ahead of Patrick Bamford. Jordan Henderson has been back in training this week but may lack match fitness - Naby Keita may start the game as his replacement.

After winning 25 of their last 26 home league games, it’s no surprise to see Liverpool at the short price of 1/4 in the betting to win the game. The draw is available to be backed at 5/1 with most firms, with Leeds priced at 9/1 in what would be Liverpool’s first league defeat at Anfield for nearly three and a half years.

Liverpool are currently the 9/4 second favourites in the Premier League winner betting market but I’ve had a look through the prices for this game and picked out three selections that I like the look of to kick-off the season.

Liverpool v Leeds Tip #1
Firmino & Rodrigo Moreno 1+ shot on target
23/10
Firmino managed 39 shots on target last season New signing Rodrigo should start for Leeds and be their most likely threat leading the line on his own
Odds correct as of 2020-09-11 16:55 Odds subject to change.

For the first selection of the Premier League 2020/21 season, I’ve picked out a double on both Roberto Firmino and Rodrigo Moreno to have one or more shots on target at the price of 23/10 with Betfair. It was well documented that Roberto Firmino only scored one goal at Anfield in the league last season, with Salah and Mane supplying a large bulk of the goals for the Reds. When it comes to shots on target, Firmino still managed 18 in 19 matches in the last campaign at Anfield. With that average of 0.9 he looks better value than his counterparts to have one shot on target on Saturday.

I’m pairing that up with Leeds’ new £30m man Rodrigo Moreno to have one or more shots on target. The Spaniard should be leading the line on his own for the visitors and I feel he’s the most likely to rack up the shot count. In his six Champions League starts for Valencia last season he averaged 3.7 shots per game and if we see anything like that against Liverpool this one should land. At 4/5 he looks a respectable price for a shot on target.

Liverpool v Leeds Tip #2
Mateusz Klich to have 1+ shot on target
5/2
Klich is the penalty taker for Leeds  Over the last two seasons has scored 16 league goals and registered 53 shots on target
Odds correct as of 2020-09-11 17:00 Odds subject to change.

Next up I’m having a little dabble on Mateusz Klich of Leeds to have one or more shots on target, this time priced at 5/2 with Paddy Power. The Polish midfielder has scored 16 league goals in the last two seasons in the Championship. He’s the penalty taker for Bielsa’s side and over the course of the last two seasons he has registered 53 shots on target. Klich is priced at 5/2 which looks a little too big to me and I’d even give a mention to the 30/1 he currently is for two or more on target with Paddy Power.

My final selection is one for the optimists, this time I’m firing off a longshot at 60/1 made up of Sadio Mane and Pablo Hernandez to have a shot on target with both Kalvin Phillips and Joe Gomez to be carded.

Sadio Mane was excellent last season and picked up his first Premier League title as well as a PFA fans player of the year award. The Senegalese forward averages 1.2 shots on target per game at Anfield in the league last season - totting up 36 in total in 35 games. He’s one of the best in the league to watch on his day and it should be well within Sadio’s capabilities to register a shot on target here.

For Leeds I’ve picked out Pablo Hernandez to have one or more shots on target. When it came to the average number of shots per game last season for the West Yorkshire club last season, Hernandez was only second to striker Patrick Bamford, averaging 2.1 per game. He also scored nine domestic goals for Bielsa’s side and he looks good value to make a bright start to the season and land register one at Anfield on Saturday.

Moving onto the cards and for Liverpool I’ve picked out Joe Gomez. I’ve backed him a few times over the last few months and I’m hoping he will show that nasty streak again on Saturday. He picked up more yellow cards (7) than any other player at Liverpool last season and he’s the one I want in this Same Game Multi for Saturday.

Kalvin Phillips made his England debut last week against Denmark and he looks to have a bright future ahead of him. He also picked up the most yellow cards for his club last term with nine. I think he will have his hands full against a Liverpool side who have been known to steamroller the opposition at Anfield in recent seasons. It’s a new campaign so please remember to always gamble responsibly and most of all, enjoy the game.