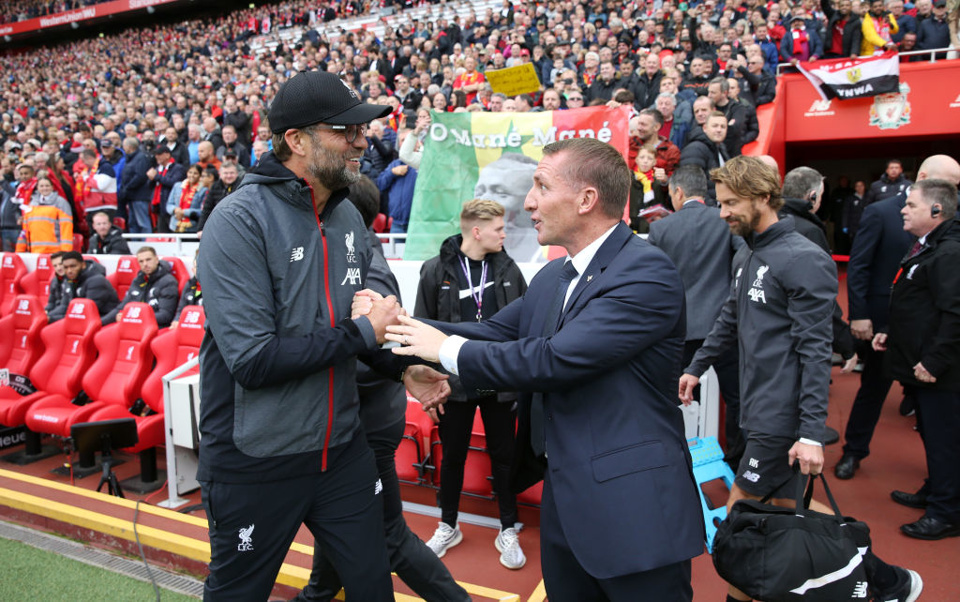 Liverpool will be seeking revenge as they welcome Leicester to Anfield on Thursday at 19:45, live on BT Sport. The Foxes nicked a 1-0 victory in the reverse. That was despite generating an xG 1.75 less,  scoring with their only shot on target and being well and truly outplayed.

That game has played a pivotal role in the title race, it was sandwiched in between draws against Spurs and Chelsea for Jurgen Klopp's side, part of a sequence of events over the festive period that saw Man City gain a ten point lead at the top of the division.

As I write, Pep Guardiola’s men still sit nine points clear, and that will likely stretch to 12 points before this game. However, the red half of Merseyside are clinging onto the fact that their side have a game in hand and still have to visit the Etihad. If everything goes their way, the Reds could close the gap to three points but they would have to be almost faultless from now till the end of the season.

The hosts will be bolstered by the return of Sadio Mane and Mohamed Salah. Despite both featuring in the AFCON final- which went all the way to penalties- the pair are expected to be included in the squad here, rumour is the latter could feature form the off.

Elsewhere, after impressive cameos in the FA Cup, Harvey Elliot and Thiago could slot back into midfield either side of linchpin Fabinho. This would see Jordan Henderson drop to the bench but with him nursing a minor knock anyway, Klopp's hand may be forced.

The visitors crashed out of the FA Cup fourth round in embarrassing circumstances at the weekend. Brendan Rodgers pulled no punches post game confirming that changes will be made ahead of this clash but with Jamie Vardy, Timothy Castagne, Wesley Fofana, Ryan Bertand and Jonny Evans all unavailable, you wonder what sort of XI he is going to field.

All things considered, it is no surprise to see the hosts as 1/4 favourites, and I still think you can squeeze some value out of a home result.

Taking Liverpool to win and both teams to score at around 7/5 with most bookmakers, I think, is worth a couple of points.

As previously alluded to, the hosts cannot afford any more slip ups if they want to ramp up the pressure on leaders City. Klopp’s side have only lost two games all season, the same amount as their title rivals, however, the Reds have drawn twice as many domestic games (6). Converting one point into three will be essential as we approach the business end of the campaign.

Domestically, the Foxes are yet to keep a clean sheet on the road this season, that’s; nine games, 21 conceded and an average of exactly four goals per game. Home or away though, Leicester games have been good value for entertainment all season long. Since their Community Shield victory, they have played 31 goals, with BTTS landing in 74% and overs copping in 77% of games.

With the wheels of the Rodgers era appearing to buckle, I think backing his side to lose but score is the way to go.

Trent Alexander-Arnold currently holds the record for the most assists by a defender in a season with 12. He already has ten to his name this time out and with 14 games remaining, he looks set to smash his own feat.

He currently tops the charts for key passes- passes leading to a shot- averaging 2.9 per game having only failed to register at least one in one league game this season. In the reverse of this fixture he registered three key passes but has hit at least four on seven occasions, five or more three times and seven vs Burnley. Staggering numbers.

He has three assists in his last five league games and has a season average of 0.51 per 90. Unbelievable form which would make anything over even money value here.

A feature of the Foxes dreadful campaign has been their woeful defending from set pieces. In the top flight, only Crystal Palace have conceded more goals for SP’s than Leicester's eleven.

Forest captain, Joe Worrall, became the latest player to capitalise on this weakness in the game on Sunday as he nodded home from a corner. It is worth noting that this was his first goal in 49 appearances and only his sixth of a career spanning over 200 games.

This, combined with TAA’s dead-ball ability, made the 10/1 BoyleSports was offering on him to notch up two assists appeal.