Levante v Sevilla Tips: Ocampos to make it two in two against the Granotas?

Mid-table Levante host a Sevilla side fresh from a 2-0 win over their fierce rivals Real Betis last Thursday, in this evening's La Liga showdown, kicking off at 18:30 UK time.

The visitors are overwhelming favourites for the win here, given a 62% chance of victory by the bookmakers. Meanwhile, the home side can be found as high as 4/1 to pick up their first win since Spanish football resumed following a 1-1 draw with Valencia last week.

Levante's leading goalscorer Roger Marti will miss this tie through suspension after he was sent off for two bookable offences in that game against Los Che, which will no doubt be a huge blow for them up against a side who are bang in form and flying high near the top of the table. Sevilla have no fresh injury concerns or suspensions.

Below you will find three of our football tips for this evening's encounter. Fingers crossed for a winner!

We kick off this bet with a safe pair of hands. Lucas Ocampos has been one of the standout players in La Liga this season, netting 11 goals for Sevilla in his debut season in Spain.

Ocampos is certainly the visitors' biggest attacking threat and will enter this game full of confidence after finding the net against Real Betis last Thursday. The Argentine is a superb talent and will be itching to build on his goal-haul this evening - at 6/4, we think he's a great price to score anytime against Levante.

Backing this with Betfair offers great value, too, as the very same bet is priced up at 21/20 with Boylesports. 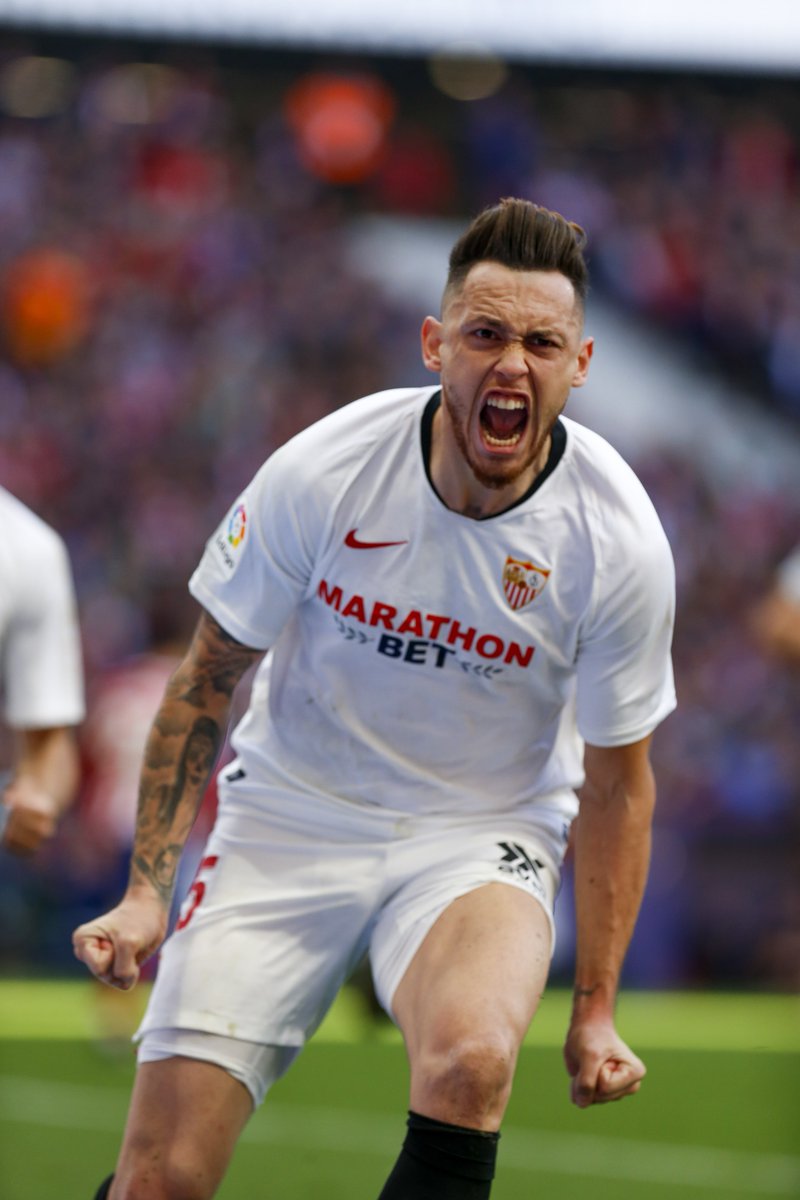 He does everything... everywhere. https://t.co/Iupr6FMzZy

Our medium-priced bet features Sevilla striker Luuk de Jong to register two or more shots on target. The Dutch front man came through for us last week when we backed him to have one SOT against Real Betis and we're placing full trust in him to prevail once more against Levante.

De Jong has had 16 shots on target this season, scoring five goals and has a great relationship with Lucas Ocampos. With confidence pulsating through the side due to their recent win and position in the league table, we're expecting Sevilla to dominate this clash and if they do, De Jong should be at the forefront of proceedings.

We're doubling this bet up with Levante midfielder Luka Vukcevic to be booked. The 28-year-old is Levante's most booked player this season with nine yellows and found his way into the referees notepad against Valencia last week. Up against the speed of Sevilla's midfield, he may well be caused problems tonight.

Sevilla midfielder Fernando makes up the majority of our longshot bet for this evening's action. The Brazilian has been booked ten times this season - more than any other Sevilla player - and is always in the thick of the action in the middle of the park.

Fernando escaped caution against Betis but up against the tough tackling Nikola Vukcevic we could see a feisty personal battle in this one. Both players are not afraid of getting stuck in and will definitely not back down against one and other, which could lead to some huge tackles and potential cards.

We're also backing the Brazilian to register one or more shot(s) on target. While he has not ranked particularly highly in this field this season, he did score a rare goal against Real Betis last week which could give him the confidence to take a few more opportunities this evening - at 12/5, this selection really helps to boost the odds in our longshot bet.

Rounding things off we've included Levante attacking-midfielder Jose Morales to have one or more shot(s) on target. With no Roger Marti due to suspension, the hosts' goalscoring responsibilities will fall on the shoulders of Morales tonight.

The Spaniard lined-up in a more advanced position up-front against Valenica, and if he does so again this evening we should see him presented with some good opportunities in front of goal.