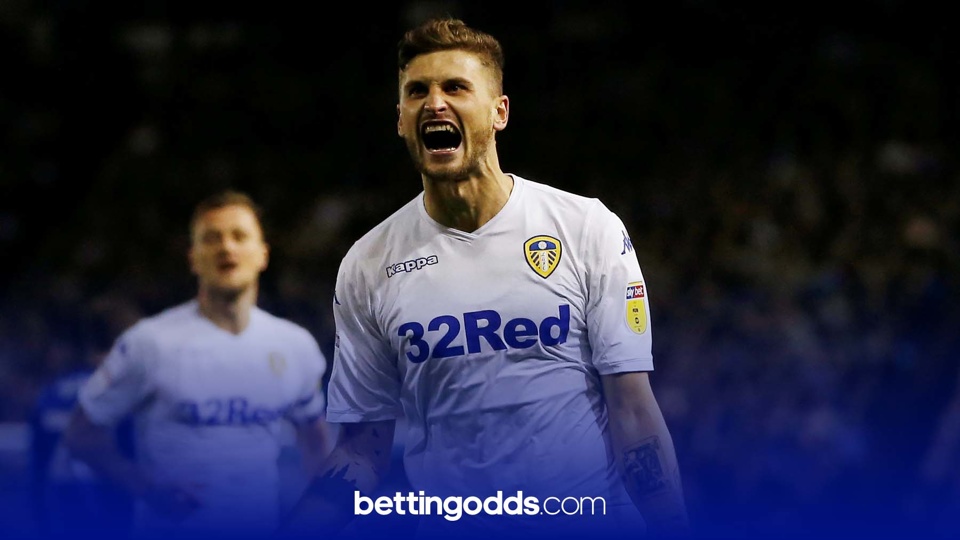 Mateusz Klich has landed a shot on target in each of his three PL games this season and features in our football tips for Saturday evening
By Anthony Eadson
17:19 Thursday 1st October 2020 - 5 minute read

There’s a potential cracker on the cards on Saturday tea-time with Leeds United hosting Manchester City at Elland Road. Marco Bielsa’s side have impressed since returning to the Premier League after a sixteen-year absence and will savour the chance to take on Pep Guardiola’s Manchester City.

City suffered a humiliating 5-2 defeat at the hands of Leicester at the Etihad on Sunday and will be looking to stop Liverpool lengthening their lead at the top of the table this weekend. Raheem Sterling will continue to lead the line in the absence of Sergio Aguero and Gabriel Jesus, as he did at Burnley in the Carabao Cup midweek. John Stones, Joao Concelo and Ilkay Gundogan will all miss the game through either injury or illness.

Pablo Hernandez remains on the treatment table and will miss out, alongside Jack Harrison who is ineligible to play against his parent club who he’s on loan from. Ezcjan Alioski may be the chosen midfielder to slot into Bielsa’s side to give the Macedonian his first start in the Premier League.

After two straight wins in the league, Leeds are priced at 7/1 to make it three on the bounce on Saturday, with the draw being offered at 9/2. City are given an implied 75% chance of winning the game with odds of 1/3 from most bookmakers after Pep Guardiola conceded five goals last weekend for the first time ever as a manager.

The first of my three football tips for Leeds v Manchester City is Raheem Sterling to have two or more shots on target priced at 6/4 with Betfair and Paddy Power.

My main angle with this selection is that Sterling is now playing as the main central forward for Manchester City with both Sergio Aguero and Gabriel Jesus being out injured. Sterling averaged 1.2 shots on target per game in 2019/20 and registered two or more on target on eight separate occasions.

On Wednesday night against Burnley, Sterling found the net twice, taking 8 shots in total with six hitting the target! I believe with him playing down the middle he has a considerably larger chance of racking up the shots on target which is not factored into these prices from Betfair and Paddy Power. Coral have the same selection priced at 11/10 so I’ll be taking the offering of 6/4 from Paddy Power.

Mateusz Klich of Leeds United is the focus of my second selection and I’m backing him to have one or more shots on target at the rather generous looking price of 13/5, again with Paddy Power.

This selection has landed in each of Leeds’ three Premier League games so far and with the Polish midfielder being the penalty-taker for his side, I think this is another price which has more chance of occuring than the 28% implied probability given by Paddy Power.

The 30-year-old has already scored twice in the league this season and looks relatively comfortable in his new surroundings of the Premier League. SkyBet are offering odds of 11/8 on Klich to have a shot on target, with Coral going 17/10. This gives plenty of appeal the 13/5 that is available at the time of writing from both Betfair and Paddy Power.

Mike Dean will be the man in the middle for Leeds v Manchester City and he had the second highest ratio of yellow cards per game of all the 20 Premier League referees last season - dishing out 4.15 bookings per game.

I’m hoping Dean will be as card-happy as ever on Saturday as I’ve picked out a longshot of Kevin De Bruyne & Patrick Bamford to have one or more shots on target with both Kalvin Phillips and Rodri to be carded at 40/1 with Paddy Power.

Kevin De Bruyne was the PFA Player of the year in 2019/20 and quite rightly so in my opinion with 20 assists and 13 goals. The Belgian managed 31 shots on target in 35 league games last season and with him now being promoted to penalty taker with Sergio Aguero out, I can see that figure rising. I’m starting this Same Game Multi with KDB to have one or more shots on target.

Patrick Bamford has scored with three of his four shots on target so far in his debut season in the Premier League. The 27-year-old has repaid his manager’s loyalty and is growing in confidence, at 4/6 he looks a reasonable price for something that has once again landed in all three of Leeds’ Premier League games so far.

Onto the bookings and with Mike Dean in charge there could be an avalanche of yellow cards. The first of those I’m hoping for is Kalvin Phillips. No Leeds player was booked more times in the Championship last season than the defensive midfielder with nine. He got off the mark picking up a yellow against Sheffield United last week and I’m backing him to follow that up with another against the trickery of Manchester City’s potent attack.

Rounding off this 40/1 shot is Rodri to be carded. Again, in a similar way to Kalvin Phillips, Rodri was the most booked player for his side in the league last season - picking up eight in 29 league starts. The Spaniard was cautioned on his first game of the season at Wolves and I see this fixture against Leeds as a fiery affair.

Putting those four elements together pays 40/1 with Paddy Power. The game can be seen live on Sky Sports, kicking off  at 17:30 on Saturday. Enjoy the game, good luck to those following this weekend’s selections, please remember to gamble responsibly.

The amazing healing powers of a goal-scoring opportunity 🤣

A look ahead to the weekend's action in the EFL, as Gab Sutton picks out three plays to get behind.

Weekend Football Tips: Five betting plays for this weekend's round of fixtures in the Premier League.