League Winner Early Payout Offer: Why you should be using bet365 for your ante-post bets 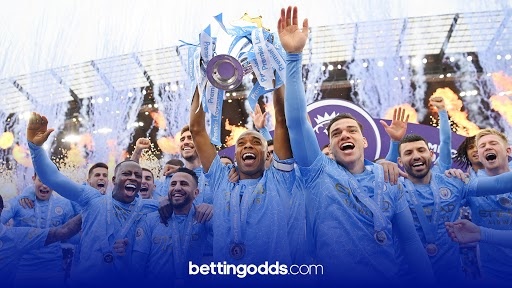 Did you know that you could be paid out early after having backed a team to win the league? Well with the new season kicking off in the next few weeks for both the Premier League and Football League we’re here to let you know about one of the best offers around from bet365.

Not only are bet365 one of the most competitively priced bookies, they also have some quality offers for the existing customers such as the ‘soccer accumulator bonus’ and the ‘2 goals ahead early payout’ offer, both of which you can read more about here. Today we’ve turned our focus to the ‘League Winner early payout offer’

So it’s that time of year where you are looking at backing a team to win the league, or potentially placing a multiple with various sides to win their domestic division. Well with bet365 if the team you back takes a lead of 10 points or more, you will be paid out as a winner.

Which Leagues does this offer apply to?

Last season bet365 paid out on Manchester City to win the Premier League on Wednesday 17th February due to them being 10 points clear. In fact, bet365 paid out early on five of the 12 leagues where they included this offer in 2020/21 and we’ve noted those below along with the eligible leagues this season.

This offer is for both new and existing customers but remember, qualifying bets must be placed before 23:59:59 UK time on Thursday 9th September 2021.

You can view the full Premier League winner market below.