Italy v Austria Tips: Back Arnautovic to get frustrated at Wembley 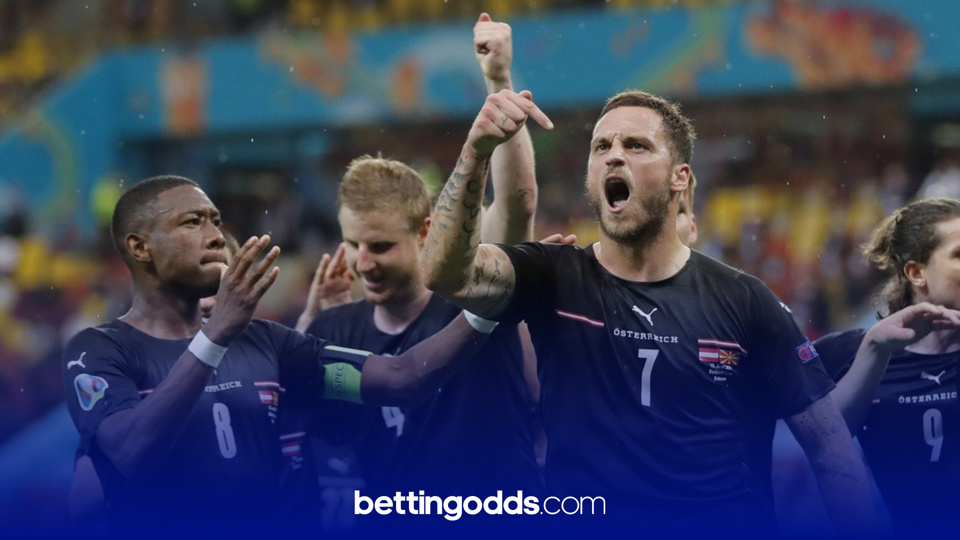 Roberto Mancini’s men became the first team in European Championship history to win all three group stage games without conceding a goal which really makes you wonder what kind of chance do Austria have here.

However, the Azzurri are playing their first game of the tournament away from their home crowd in this fixture at Wembley. Will this be a factor that could affect their performance?

This is the first time Austria have advanced to the knockout rounds in three attempts in the European Championships. Therefore they have the motivation and the fear of having nothing to lose behind them going into this meeting against one of the tournament favourites.

Immobile is also more likely to feature in the match longer as Berrardi is averaging 10 mins less a game than the main Azzurri frontman.

Mario Balotelli once said “I promise you Marko will make me look like the most boring guy in the world”, which, coming from Mario himself shows what kind of character Arnautovic is.

For those who can recall his time in England it was evident he had a short fuse and that was shown in his goal celebration in matchday one of the tournament.

The stats are there to support the bet too. In two of Italy's games, they have seen a total of three strikers carded, Breel Embolo for Switzerland plus Gavranovic was also booked after three mins of coming on for the Swiss, plus Dervisoglu within 14 mins for Turkey.

Away from their home fans for the first time could lead to a weird experience for the Azzurri and Austria certainly aren’t going to approach the game on the front foot so I am expecting a tight first half to say the least in Wembley this evening. Half of Italy's 14 Euro knockout ties have ended in a draw so I am expecting at least the first half to follow a common pattern here.

Marko’s reasoning has been mentioned in his solo selection whereas Marcel Sabitzer to be carded may raise a few eyebrows. However, he is a player who plays with his heart on his sleeve and puts himself about. Being a part of the Austria side to create history by getting to the knockout rounds he will be giving his all out there. Furthermore, the Austrian was booked in his last two competitive games pre Euro 2020.

get offer get offer
#ad Get your single bets paid out if the team you back goes 2 goals ahead - for multiple bets the selection will be marked as a winner with bet365. Applies to pre-match single and multiple bets on the standard Full Time Result market for applicable competitions. Only available to new and eligible customers. Bet restrictions and T&Cs apply. 18+ begambleaware.org
England v Germany Odds