Were Hull City the biggest market movers in the EFL this season? 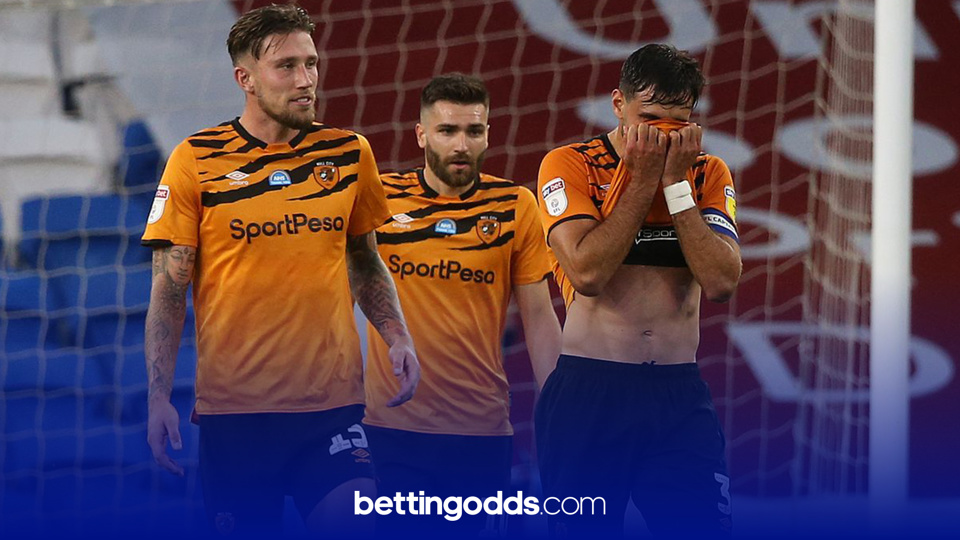 It is one of the biggest falls from grace a football club has suffered in the past decade; Hull City’s demise from the Premier League to League One.

Just two years ago they were plying their trade in the top-flight of English football but next season they will battle it out in the third-tier for the first time since the 2004-05 campaign.

The situation in East Yorkshire has been in steady decline throughout the previous four seasons, and just six years after the club graced an FA Cup final and enjoyed its maiden European adventure, it will now face trips to the likes of Accrington Stanley and Lincoln City.

The sale of star players Jarrod Bowen and Kamil Grosicki in January was always going to weaken a side who failed to properly invest the capital received by West Ham and West Brom respectively, though the extent of their plight proved to remain unforeseen by many until things were too late.

4/1 shots for relegation prior to the season beginning almost a full year ago last August, Hull endured a slow start and won just one of their opening seven league games.

After that, on September 21 they saw their Championship relegation odds cut to 2/1, before a brief upturn in form saw them lose just two of their next eight games; winning five, drawing once.

At the start of December (when Hull still had their key players), The Tigers were 11/1 shots to make the play-offs and sat just five points outside of the top-six, while their odds for relegation drifted to a huge 28/1.

Heading into the Christmas period and the collective feeling was that things were good at the KCOM Stadium. Breaking into the play-offs would be an ask, but it was achievable if they could retain their consistency and high level of performance.

At this point, Hull’s odds for relegation stood at a colossal 500/1 with certain bookmakers as they sat safely in the upper reaches of mid-table.

But as soon as 2020 kicked off, things started to go wrong. January yielded just three points from a potential 12 and the club’s two best players (Grosiski and Bowen) were sold.

Perhaps more importantly, though, they were not replaced and a lack of investment from the board ensured that the situation at HU3 would just continue to worsen.

Hull City - 6 points amassed in the last 20 games of the season, 9th after 26 games earlier in the season. Surely there has never been such a poor turn of form? Carry on like this and you'll end up playing Telford before you know it. Happened to Stockport after all.

But the defeats kept coming for Grant McCann’s side, and a solitary 2-1 win over fellow strugglers Middlesbrough on July 2 proved to be the only victory they would pick up between January 11 and July 22.

Hull’s odds for relegation stood at 1/25 earlier this month, before the market was suspended by bookmakers due to the debacle surrounding Wigan’s potential 12-point deduction.

Their fate was officially sealed on Wednesday evening when they lost 3-0 to promotion-chasers Cardiff away from home, ending a truly miserable campaign and signifying the end of an era for the North East club.

From 500/1 shots for relegation to just 1/25 in a matter of months, it’s safe to say that Hull City were certainly the EFL’s biggest market movers this season.

Commiserations to the fans, but fair play to anyone who saw it coming and decided to cash in, just like this particularly shrewd punter.. 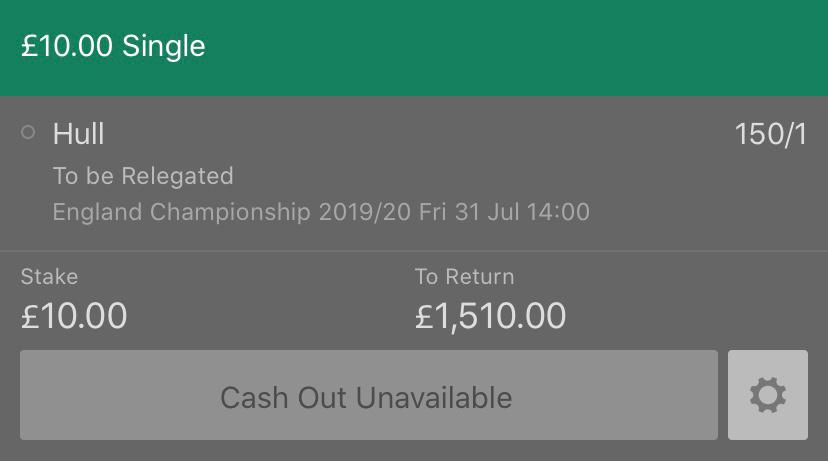 Barring a miracle, @roblambert34 will land this beauty of a bet placed in January on Hull to be relegated at 150/1...

Anyone got any Championship ante-post bet they are waiting on tonight? 😱🤔