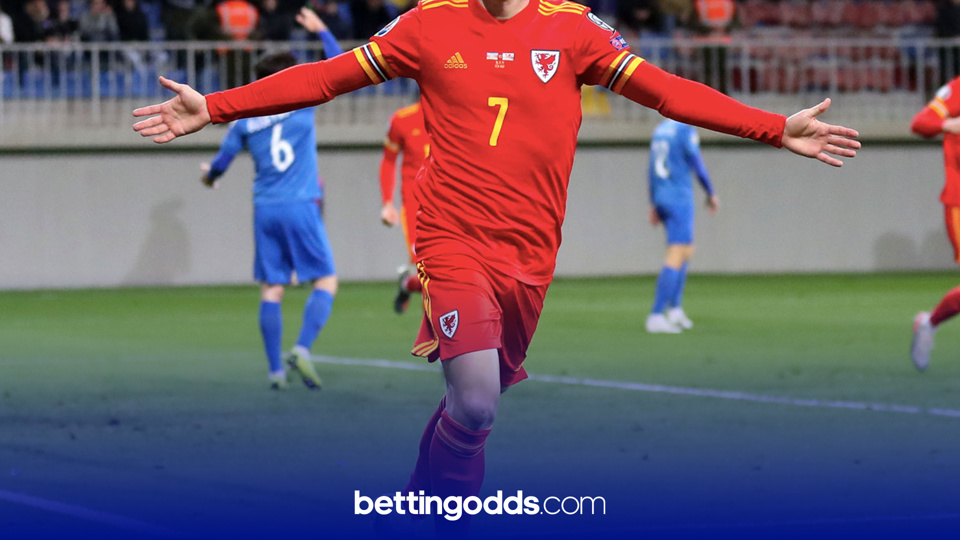 Harry Wilson has now made 24 appearances for Wales and will be relishing the chance to play at Euro 2021 this summer. It was all the way back in 2013 that Wilson made his debut for his national side and it delighted his grandad for more than one reason.

Back when young Harry was just 18 months old, his Grandad Peter Edwards had seen how his grandson liked playing with a football as a toddler and decided to call into William Hill. Edwards requested a price on his grandson one day to play for Wales and after contacting HQ, he was offered odds of 2500/1.

Mr Edwards placed a £50 stake with William Hill and sixteen years later it would pay dividend. At just the age of 16 in 2013, Harry Wilson was called up to the Wales national side. After being an unused substitute against Macedonia, four days later against Belgium Wilson came off the bench in the 87th minute to make his senior international debut.

Not only was his Grandad Peter Edwards one of the proudest men in the land, he was also £125,000 better off after his £50 bet at 2500/1 landed. Mr Edwards, an electrical contractor who was 58 at the time, decided to retire a year early off the back of his win.

He later revealed that when Harry joined the Liverpool FC Academy his skills quickly developed and he returned to William Hill in the hope of placing another wager on his grandson. William Hill turned him down after saying that Mr Edwards already had a substantial bet with them, but they would throw in Wilson to play for England (which was still a possibility at the time), as a gesture of good will.

After making his debut in 2013, Wilson became the youngest player ever to play for Wales, beating the record held by Gareth Bale who had just moved to Madrid. Not only did he break that record, but Wilson also became Liverpool’s youngest international player, previously held by Raheem Sterling.

After not being selected in the squad for Euro 2016 where his side historically reached the semi-final, Wilson will almost certainly be part of his country’s plans this summer. The 24-year-old scored one of the finest hat-tricks The Championship has ever seen in Cardiff’s penultimate game of the season which left him on nine goals for the campaign.

After some solid form and 11 assists with an average of 1.9 shots per game this term, Wilson is one to keep an eye on in the player props markets at Euro 2021. Wales can be backed at 125/1 to lift the trophy and are 4/5 to progress from Group A, which includes Italy, Turkey and Switzerland.