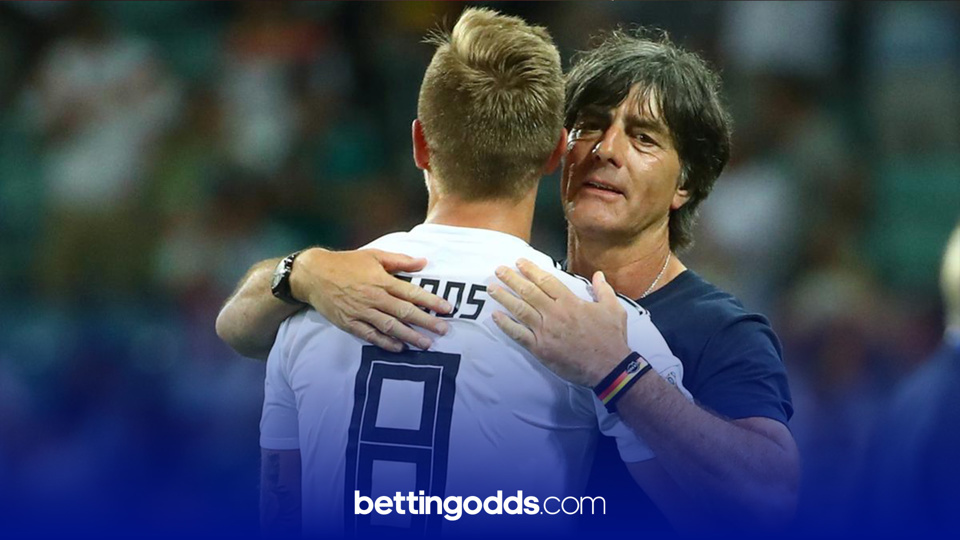 Welcome to BettingOdds.com's Euro 2021 profile series, where we'll be counting down to this summer's tournament with an in-depth look a the betting opportunities for each of the countries involved.

Germany are one of the favourites for Euro 2021 and should be a key threat at this summer's competition. Joachim Low's side are 8/1 to go the distance, but they haven't won a European Championship title since 1996 and bowed out of the 2018 World Cup in the group stages.

Their form has been poor of late, losing 6-0 to Spain in their last outing back in November, so things need to take an upward turn if they are to win their first major tournament since the 2017 Confederations Cup.

With Low recently excluding former stalwarts Mats Hummels, Thomas Muller and Jerome Boateng from the squad for the remainder of his reign as Germany manager, the four-time World Cup champions will be seriously weakened heading into the Euros, and although they still have an extremely talented pool of players, I'd be inclined to look elsewhere in the betting due to their wavering form and the off-field issues they've faced throughout the last three years.

Germany's star-studded midfield is what could separate them from the rest this summer. With a lightening quick forward line in the shape of Timo Werner, Serge Gnabry and Leroy Sane, Joachim Low's side pose a huge threat in behind but it is their creative forces in midfield who will have to be on song if they are to progress through from their difficult group and make a surge for the trophy.

Gundogan is the player capable of turning a game on its head in the blink of an eye; rapidly transitioning the play from defence to attack. We have seen it this season with his continuously dazzling displays for Manchester City, and it will no doubt continue in the summer. He is his country's leading goalscorer with 18 goals in all competitions (club & country) this season, with his latest goal coming in the form of a wonder strike in the 3-0 World Cup qualifying win over Iceland. A genuine contender for the Golden Ball, currently at appealing odds of 66/1 with Paddy Power.

Toni Kroos is one of the best central midfielders in the game and will provide a wealth of experience for Germany at Euro 2021. The Real Madrid man has featured for Die Mannschaft at the 2010 and 2014 World Cup - winning it in Brazil seven years ago - alongside the 2012 and 2016 European Championships. Kroos will add reassurance and class to Germany's midfield and will be a key player for them this summer.

Bayern Munich defender-turned-midfielder Joshua Kimmich is rapidly emerging as one of the brightest talents in world football and will be instrumental in Germany's potential success this summer. The 26-year-old has already won five Bundesliga titles and three DFB-Pokals at club level, while he also played at key role in his country's triumph at the 2017 Confederations Cup. The versatile playmaker is 40/1 to win the 'Best Player of the Tournament' award, and if Germany do go the distance, he'll certainly be at the forefront of things.

Another arrival to Chelsea last summer was Kai Havertz. And, like Werner, he has experienced a slow start to his career at Stamford Bridge. In recent weeks, though, Havertz has started to show signs of his best under Thomas Tuchel and is expected to keep improving in west London.

The former Bayer Leverkusen star will certainly be a player to keep an eye on at the Euros, and is Germany's brightest young talent. He will be in with a real chance of scooping the 'Best Young Player of the Tournament' award in the summer, and is currently priced at 12/1 to do so.

The Nationalelf haven’t tasted success in the European Championships since 1996, where they beat the Czech Republic 2-1 to lay claim to the trophy at Wembley.

This summer they will be desperate to change that fact by going the distance, and the bookies are currently giving them a rather slender 10% chance of doing so with their odds of 9/1 in the Euro winner betting market.

Germany are 7/5 joint-favourites alongside France to win their group, ahead of Portugal and Hungary, while they are just 1/10 to qualify for the last-16.

Germany's manager is Jochim Low. He has managed the national team since 2006 but will be stepping down from his post after Euro 2021. Low has endured plenty of success as Germany's head coach, guiding them to a memorable World Cup win in 2014.