At £72m, he's Arsenal's most expensive player but, after two-and-a-half unsuccessful years in north London, where does Nicolas Pépé place in the rankings of best and worst Premier League record signings?
By Jack Porter
07:36 Thursday 27th January 2022 - 8 minute read

It’s easy to get excited when your football club breaks the bank to bring either a potential or established superstar to bolster the ranks. But of course, parting with the pennies does not guarantee success. For every Rio Ferdinand, there is a Juan Sebastián Verón. BettingOdds.com has taken a look at each current Premier League club’s record signing, broken down the individual player’s statistics, weighed them in relation to their cost and contribution, and provided a definitive ranking from worst to best.

There are 22 players from the 20 Premier League outfits to consider. Two clubs, Burnley and Brighton & Hove Albion, have joint-record signings. In total, this equates to a stonking £947,800,000 in transfer fees.

You can see how each player has been scored in the key below along with the definitive ranking of the 22 Record Signings for each current Premier League club participating in the 2021/22 season.

To determine which Record Signing made the biggest impact at their respective club, we’ve scored each signing by the following points structure:

Accumulated score divided by the number of seasons the player has had at their club. 2021/22 is counted as half (0.5) a season. 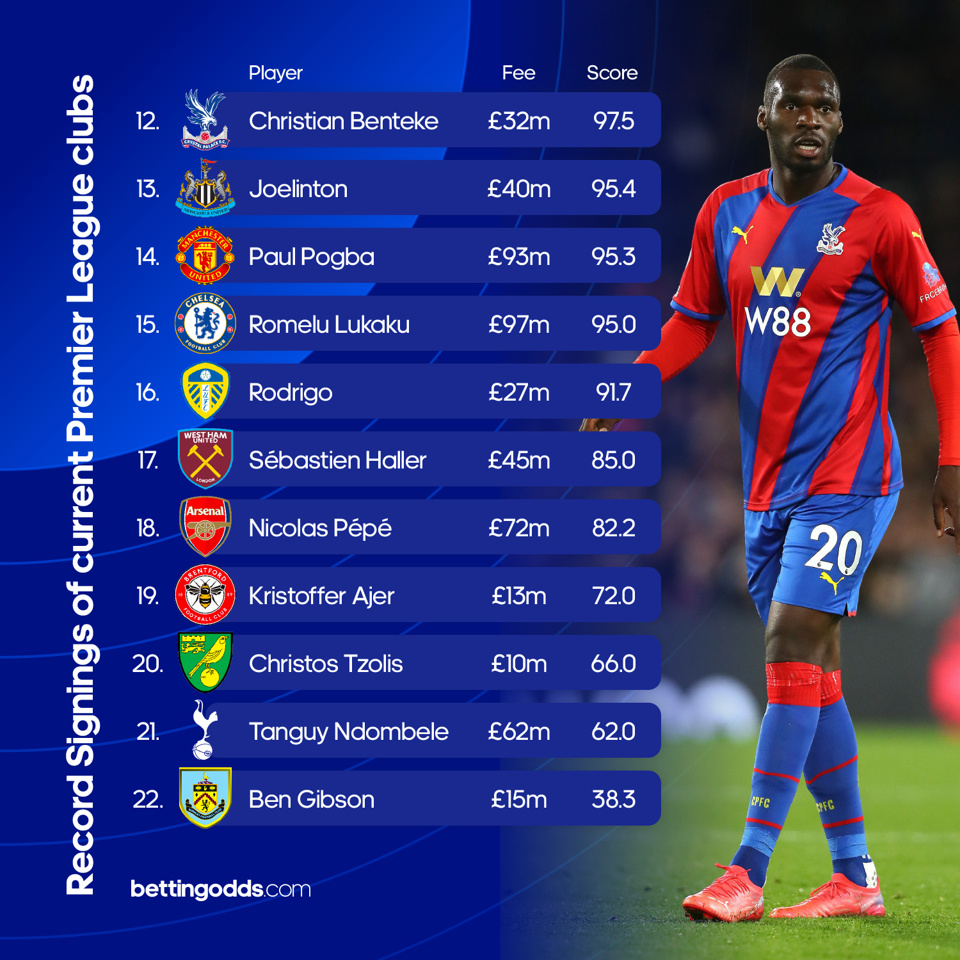 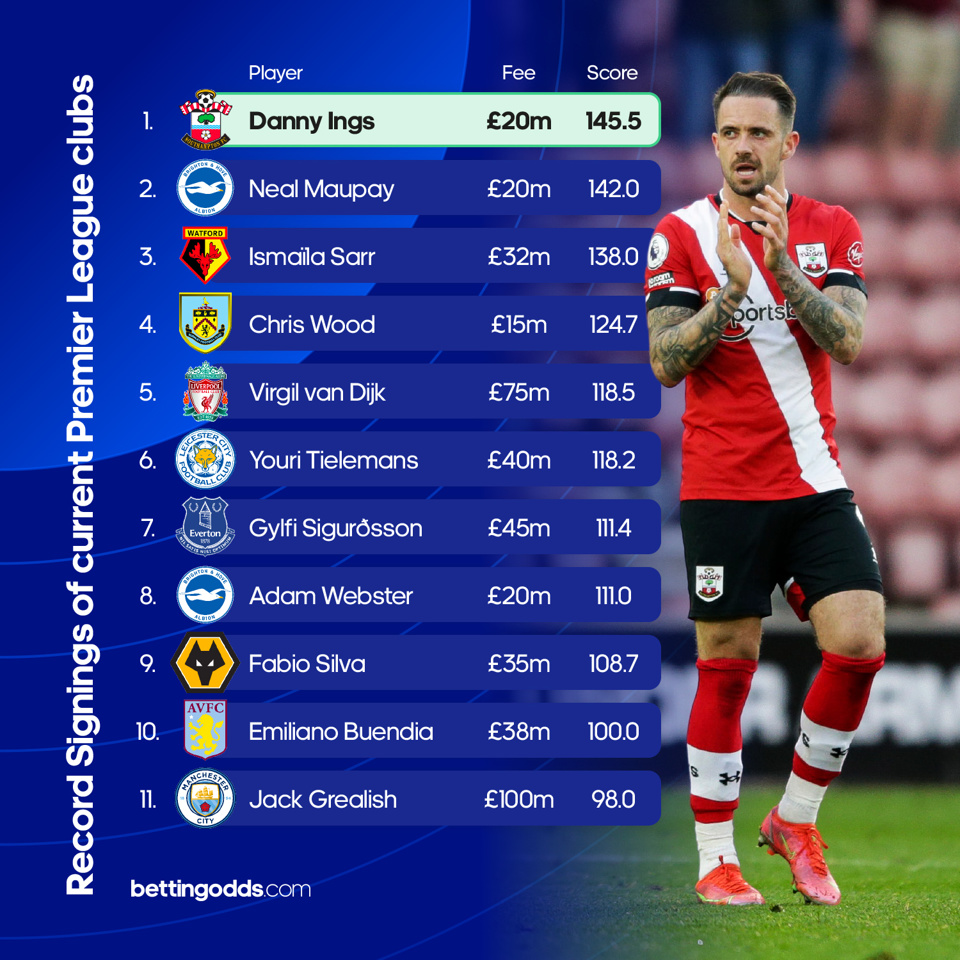