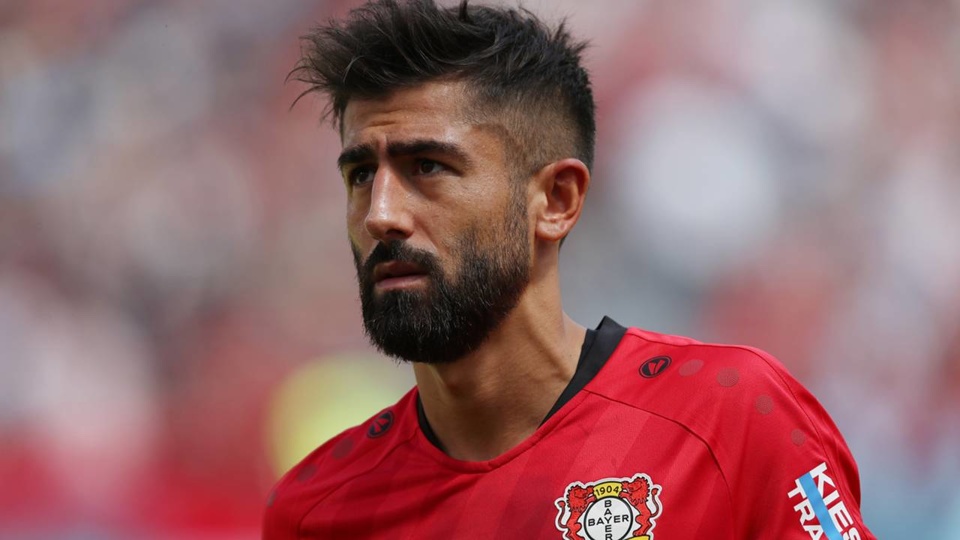 Kerem Demirbay has been a key feature of Bayer Leverkusen's attacking play in lockdown.
By Russell Palmer
21:17 Thursday 28th May 2020 - 5 minute read

Friday night is Bundesliga Night! Not sure how much of a ring that's got to it but with the Premier League announcing plans for the return of domestic action on the 17th June, we've still got a few more weeks to concentrate solely on the German league.

Freiburg host Bayer Leverkusen at the Schwarzwald-Stadion, with the away side odds on favourites to get back to winning ways after getting lampooned at home by Wolfsburg on Tuesday. Wolfsburg were 100/1 to win the match 4-1 and the defeat was Bayer's first in twelve games in all competitions coming as a big shock given how well they played last Saturday when beating top four rivals Borussia Monchengladbach 4-1.

Peter Bosz's side couldn't have wished for a better bounce back game, against a Freiburg side who have really struggled against the top sides. Only three places below Bayer in the league in 8th position, 15 points separate the two sides and we're expecting this to be one-way traffic in the shape of the away side and we've picked out three interesting looking football tips for the match that kicks off at 7.30pm on Friday night.

Live In Play Odds
Friday's Bundesliga Tip #1
Kai Havertz to score anytime and have two or more shots on target Freiburg v Bayer Leverkusen
2/1
Havertz has netted four times in the three games since the Bundesliga resumed and can fill his boots against a leaky Freiburg defence.
Odds correct as of 2020-05-28 19:45 Odds subject to change.

The young German Havertz has spearheaded Leverkusen's attack since the resumption of the Bundesliga with striker Kevin Volland ruled out through injury. Volland's returned to training but this game may come too soon for the team's former top scorer this season, which could see this being the last opportunity to get on-side with Havertz in the scoring markets.

Havertz has leapfrogged Volland in the scoring charts netting four times in the three games played behind closed doors. He failed to find the net in Tuesday's horror show at home to Wolfsburg on Tuesday and will have extra impetus to make amends on Friday.

Despite drawing a blank the German international still managed to get three shots away. Facing up against a Freiburg team who gave up 30 shots away at Eintracht Frankfurt on Tuesday, having just 10 shots of their own in the 3-3 draw. Havertz to score anytime (11/10) and to have two or more shots on target (6/5) doubles up at a shade over 2/1 which looks a solid play.

Friday's Bundesliga Tip #2
Moussa Diaby to be booked Freiburg v Bayer Leverkusen
6.5/1
The Frenchman may be a small diminutive winger but he's picked up five bookings in his last seven games, the 13/2 looks too big for a repeat on Friday.
Odds correct as of 2020-05-28 19:45 Odds subject to change.

The Frenchman is an unassuming type playing out wide in Bayer's front three, but he's picked up five bookings in his last seven games and Betfair have him the biggest price of all the players in the 'to be booked' market.

With Freiburg setting up to frustrate and counter Bayer who will likely dominate possession, the 13/2 looks a good bet against the impetuous 19-year-old, which is as short as 11/2 with Paddy Power.

Friday's Bundesliga Tip #3
Kai Havertz to score, K Demirbray & C Gunter 1+ shot on target each & Nicolas Hofler to be booked Freiburg v Bayer Leverkusen
58/1
Havertz aside, Derimbay has been Leverkusen's most productive forward player whilst we're taking a chance on Christian Gunter to expose Leverkusen's weaknesses at set pieces. Nicolas Hofler has been personably responsibly for 20% of Freiburg's bookings this season whilst Havertz has scored four in his three games since lockdown.
Odds correct as of 2020-05-28 19:45 Odds subject to change.

We've picked out four players to get involved with for this same game multi. Kerem Demirbay has been a favourite of ours since the Bundesliga resumed, the German pulling the strings for Leverkusen in the wins over Werder Bremen and Borussia Monchengladbach.

Demirbay scored against Bremen before having four shots, two of which were on target in the win over Gladbach and should really have been on the scoresheet missing two absolute sitters. Like Havertz he was far less effective on Tuesday night and taken off at the hour mark. at 6/5 to get one or more shots on target we're including him to get our same game multi (SMG) off to a good start.

The manner of Leverkusen's defeat at home to Wolfsburg on Tuesday was pretty shocking as well as surprising. Wolfsburg picked them off on the break but what was really noticeable was how poorly defended set pieces.

Three of Wolfsburg's four goals were headers and two were from set-pieces, so we're looking at Freiburg's centre-back Christian Gunter to get a look in at goal. The home skipper has had nine shots on target this season scoring twice and whilst Betfair price him up at 12/1 to score anytime, the 21/10 to get one or more shots on target makes more appeal for the SMG.

Assessing the bookings for this match is pretty tricky. We're happy to take a punt on Diaby to be booked in a single given the price, but those at the head of the market are much harder to prioritise.

Only Borussia Dortmund have picked up less cards this season than Freiburg, but of the 35 cards the home side have picked up in the Bundesliga this term, midfielder Nicolas Hofler has picked up seven of them, that's 20% of the whole team contribution. The 2/1 for him to be booked looks a fair price given the opposition.

Adding in the Havertz to score anytime bet for the reasons already explained, this four bet SMG pays a whopping 58/1.

Enjoy the game, which as ever can be viewed on Betfair if you have a funded account and please remember to gamble responsibly.

Ooooh now that is a satisfying goal!

Karim Bellarabi with the no-look pass, Kerem Demirbay sits the keeper down and hits the dink to finish 😍