France v Germany Tips: Back the French to get off to a winning start 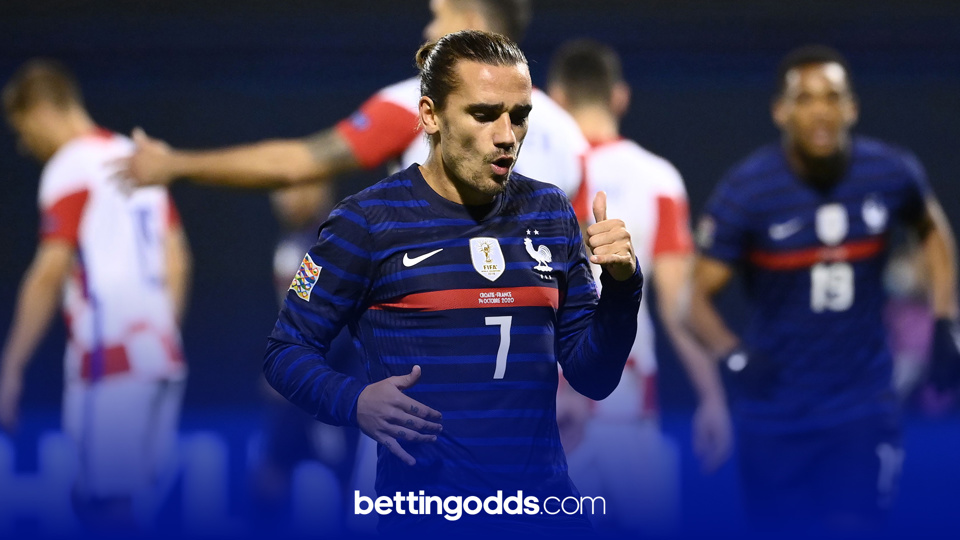 Football tipster TwoPoundPunt is back with another three best bets for Euro 2021 and this time the pick of the group games as France take on Germany in Group E on Tuesday night.

Although he hasn’t really taken off at Barcelona as many would have expected he still hit double figures in La Liga and just gets goals for France.

Griezmann has scored in the last three matches in the build up to the Euros in games where Mbappe and Benzema feature it is no easy feat to outscore them both.

He also has a great tournament record having won the Golden Boot in Euro 2016 and finishing second behind Harry Kane at the World Cup in Russia.

You can never underestimate a Germany side in a major tournament but have not been in any kind of form ahead of this with a 6-0 thumping by Spain and a home loss to North Macedonia in a World Cup qualifier.

France have so much attacking threat that at 14/5 I am backing Griezzy to do what he does best and find the back of the net.

Followers of my antepost picks for @BettingOdds will have seen my post Gnabry as a major EW shout for the Golden Boot. During qualification he racked up eight goals in seven appearances, double that of anyone else in the side.

He has 28 goals in 41 starts for the National team and will be leading the line for the Germans once again. Service should not be an issue with a number of club team mates in behind such as Muller & Kimmich and he looks their best bet to get a goal in what is the clash of the tournament so far.

This is surely the glamour tie of the opening round of fixtures as two former winners go head-to-head.

France are many peoples favourites to win with question marks over Germany. The latter have been off the boil but you would be a fool to underestimate them in tournament football. Having said that France could sent out a real signal of intent with a win here. In the last five head-to-head matches France have won three times and there have been two draws. The unders card bet would have landed in four of these games along with the team corner lines.