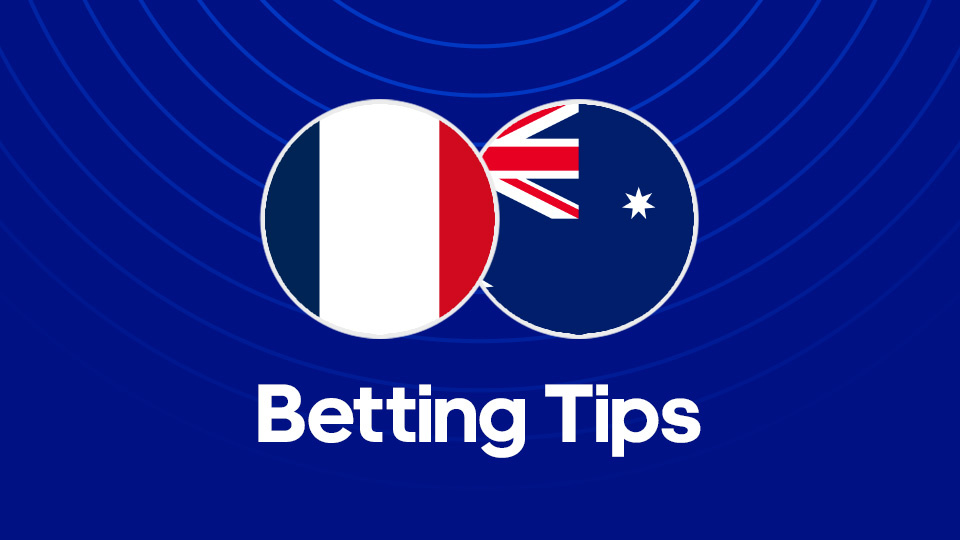 Day three of the 2022 World Cup comes to a close when France take on Australia in the fourth and final game on Tuesday (7pm, BBC 1). JimmyThePunt has previewed the encounter and provided a brace of tips, which are focused on a hot pre-tournament contender for the Golden Boot...

Prior to France, the last three world champions have bowed out of the following tournaments in the group stages.

In 2010, the then-current holders Italy exited the competition without winning a game in a group consisting of Paraguay, New Zealand and Slovakia.

In 2014, Spain’s era of international domination came to an end as they followed suit and in 2018, Germany could only muster three points as Sweden and Mexico prevailed in their group.

Les Bleus, the holders, will be hoping to buck this trend in Qatar, however, fell foul to a similar feat in 2002. They lifted the trophy on home soil four years earlier but failed to find the net, never mind win any points, in east Asia in 02.

Didier Deschamps has been dealt some blows in the form of injuries to Paul Pogba and N'golo Kante. The midfield pairing were central to France’s purple patch providing a perfect blend of energy and technique in the engine room. Les Bleus do not lack depth though, with Aurélien Tchouaméni, Adrien Rabiot, Eduardo Camavinga, Mattéo Guendouzi and Youssouf Fofana all available to fill that void.

Despite all three being originally on the plane, Christopher Nkunku, Presnel Kimpembe and Karim Benzema have also all been ruled out.

Even with that lengthy list of absentees, France are still heavy favourites to begin their defence of the WC with a win at odds of 3/10, which is understandable given the pedigree of their opposition.

After only just making it through the group stage ahead of Oman, Australia needed two play-off wins over Peru and UAE to secure their spot in Qatar.

Their squad features an almost fit Harry Souttar, Riley McGree and former Huddersfield midfielder Aaron Mooy, amongst some promising home grown talent, however, Graham Arnold’s side are comfortably the worst side in Group D.

The absence of Karim Benzema is going to make France a lot less potent because there is no denying that losing the Ballon d'Or winner is going to weaken any side. However, that is not to say it could not work to Les Bleus' advantage.

Domestically, Kylian Mbappe's petulance has made headlines in Paris with his ego crippling the potential to play in a system alongside Neymar and Lionel Messi.

The Frenchman claims that his best football is played alongside a strike partner, and, to be fair, his nation's performances did improve dramatically once Oliver Giroud started in 2018.

In a repeat of this fixture, France went a goal down to Australia in their World Cup opener four years ago. They eventually edged past the Socceroos in a dismal performance.

Giroud was bought in for their next game against Peru which they edged 1-0, and despite the unflattering scoreline Deschamps side were much better generating an xG of two.

WIth Giroud spearheading the attack, other attackers could flourish, not least Mbappe who went on to score four times, including two against Argentina and one in the final, racking up seven shots on target in the tournament.

At a shade under even money, I think backing Kylian Mbappe at 5/6 (bet365) to score anytime is a bet against Australia.

Sticking along the same lines, I also think his price to score a hat-trick is too large.

In terms of gulf in quality, this is the biggest of any side France will face at this tournament. Australia laboured to qualification, dropping points against Japan, Saudi Arabia, China, Oman and Peru, none of which rank higher than 23rd in Fifa’s rankings.

Playing in a system, alongside a striker where he is known to thrive, Mbappe could really rack up the goals in Qatar, which is why backing him to score a hat-trick at 20/1 with Paddy Power provides some interest here.

PaddyPower have boosted this bet from 16/1 to 20/1. To find it, click the link above; go to the France vs Australia match page; click the 'All Markets' tab; then you'll find the @BettingOddsUK 20/1 Mbappe hat-trick bet under the WhatOddsPaddy - Requested section.