Life after Leroy: Pep should consider these four replacements if Sane departs 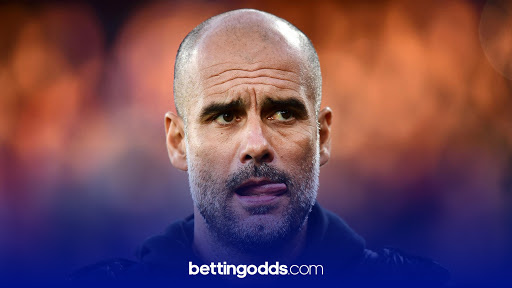 Pep Guardiola may turn to a familiar face if he loses Leroy Sane this summer
By Callum Pragnell
09:57 Friday 26th June 2020 - 7 minute read

Leroy Sane’s future at Manchester City looks to be nearing its end, as the German has declined multiple offers of a new deal at the Etihad.

Having joined City from Schalke back in 2016, Sane has been a standout performer for the Sky Blues, contributing 39 goals and 45 assists, but has often been used as a rotational squad player in Pep Guardiola’s starting XI due to the vast amount of talent the club has available in the forwards department.

Indeed, having missed the majority of the 2019-20 campaign through injury, the 24-year-old has now returned to fitness and made a long-anticipated appearance from the bench during Monday evening’s demolition job on Burnley.

But will this final stretch of games be his last in a City shirt? A return to his homeland with Bayern Munich seems to be top of Sane’s wishlist, and the German champions are priced as firm 1/7-favourites to land him before the summer transfer window closes on September 3.

Talks between City and Bayern have seemed to flatline a little in recent days, with the Bavarians reportedly unwilling to pay more than €40m for a player who has just one year left on his current contract. However, City would perhaps be foolish not to cash in on their player while they still can as opposed to losing him for nothing in a year’s time.

If a deal is agreed in the coming months, then Guardiola may look to replace the Germany international. Here, we’ve picked out four players the Spaniard could consider alongside each of their current transfer odds.

The most talked about footballer in the world right now, Jadon Sancho, is currently assessing his options ahead of a move away from Signal Iduna Park this summer.

The young England starlet has an array of world-class clubs all vying for his signature, with current favourites Manchester United priced at 7/2 to land him in the upcoming months. Chelsea are given a 16% chance of acquiring his services with their odds of 5/1, while a move to Liverpool can be found at 10/1.

Indeed, Sancho’s next destination could prove to be a familiar one. Ex-club Manchester City have not been credited with serious interest in their former asset in recent months but with the news of Sane’s possible departure now coming to the fore, the Cityzens may look to swoop for the 20-year-old this summer.

Sancho knows City inside out having spent two years in the club’s academy system before joining Borussia Dortmund, and while there may be some feelings of muted bitterness towards manager Pep Guardiola after the way he let him leave in 2017, he could view this move as the perfect opportunity to reconcile with the Spaniard and prove previous doubters wrong.

City are arguably the strongest team in the world, so there would be no better place for Sancho to develop during the prime years of his glistening career. The Sky Blues also have a deal in place which allows them to match any offer Dortmund receive for Sancho, so are very much in the driving seat here. Whether they are willing to fork out over £100m for a player with so many top-quality options already available still remains to be seen, though.

After a slow start to life in a Wolves shirt, Adama Traore has established himself as one of the Premier League’s most exciting players.

The Spaniard is frighteningly quick and unbelievably strong, making it almost impossible for opposing full-backs to contain him each week - with many ending up being booked for late challenges on the 24-year-old.

This season Traore has scored four goals and laid off nine assists in the Premier League as Wolves eye up another European-place finish in the top-flight. Further to this, he has also contributed three assists and a goal in the Europa League, as the West Midlands outfit find themselves in the last-16 of the prestigious competition.

Traore rose through the ranks of Barcelona’s La Masia youth academy before turning out for the club’s B team whilst Pep Guardiola was in charge of the first-team. In 2013, Pep handed Traore his senior debut for the club, so knows exactly what he is all about as a player.

Traore would offer City something different. It’s unlikely he would be guaranteed regular starts, but who is under Guardiola? Off the bench against tired defences the Wolves winger is a frightening prospect; he’s a much more direct player compared to what the Cityzens have available to them at the moment, but that could work beautifully under the guidance of a familiar coach at the Etihad.

This is an interesting one. Grealish is not really comparable to the other touchline-hugging wingers mentioned in this list, but is more than adept at playing out on the left as well as in an advanced role through the middle.

Technically Grealish is one of the best about; his vision, passing and crossing is impeccable and his potential at a club like Manchester City would be limitless - especially considering club stalwart David Silva is departing the Etihad at the end of the season following a ten-year stay.

The 24-year-old has been Villa’s talisman in recent seasons and although the West Midlanders have struggled to cope with the demands of the Premier League this term, Grealish has taken to it like a duck to water and shown that he has exactly what it takes to cut it on the main stage.

Linked with a move to Manchester United, Tottenham and Chelsea in the past, it seems a certainty that Grealish will depart Aston Villa in the summer, especially if they are relegated to the Championship.

City are an outside bet at 25/1, but if they are looking for a player who has a little more versatility to his game, then acquiring the young Englishman would certainly be viewed as good business.

Prince to the throne Kylian Mbappe is just a few years away from being rightfully crowned the world’s best footballer.

At the tender age of 21 the Frenchman is already a World Cup winner and has accrued four Ligue 1 titles with two different clubs, as well as winning the division’s Player of the Year award last season.

This time around, Mbappe has scored 30 goals and provided 17 assists in all competitions for Paris Saint-Germain, further highlighting his quality in the French top-flight.

However, to truly establish himself as one of the world’s greats, the young forward desperately needs to move to a stronger league. While Real Madrid are firm favourites to land the France international at 4/1, he has been tenuously linked with a move to the Premier League with both Liverpool (7/1), Chelsea (14/1) and Manchester City of late.

City’s odds to land Mbappe stand at 25/1 at the moment, and though a move does seem unlikely in these unprecedented times due to his eye-watering price tag - rumoured to be £200m - you’d be hard pressed to find anyone who wouldn’t want to see a player of his quality in a side like City’s, being coached by a manager like Guardiola.

Everyone is desperate to see Mbappe in the Premier League, and while Liverpool still have a tight grasp on both Sadio Mane and Mohamed Salah, City look to be the only viable option for the PSG starlet on English shores, given it’s highly unlikely that Chelsea would be able to afford such a fee.

Mbappe would certainly be a more like-for-like replacement for Sane should the German depart the north west in the summer, but also has the ability to play through the middle as the lone striker which only adds to his appeal considering Sergio Aguero is now approaching the twilight stages of his career.

We’d love to see this move come to fruition, and although it is a bit of a longshot, stranger things have happened in this funny old game we call football.