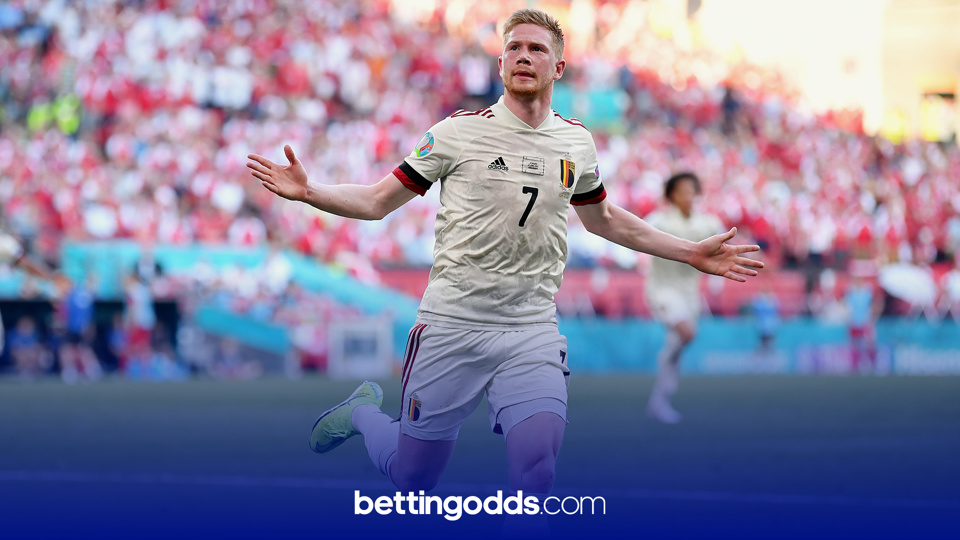 The World’s greatest tournament returns to our lives this week, as the international Carabao Cup, fka the Nations League, makes a splash in the first break of the domestic season.

There’s plenty of football to be played over the coming down, with a whopping 17 fixtures on Thursday and Friday alone, but we’ll be focusing our attention solely on Thursday’s games.

The standout fixtures for the day include the likes of Poland vs Netherlands, Croatia vs Denmark, France vs Austria and Belgium vs Wales, and we’ve taken a deep dive in and picked out an anytime goalscorer’s treble for you, which we’ve chosen with Betfair.

Olivier Giroud to score vs Austria.

Starting off with a game between two sides in shocking form. France currently sit bottom of their Nations League group, and after winning the tournament in 2021, face a pathetic relegation should they lose to Austria.

There’s an injury crisis among the French squad with a number of big name players out injured, but that should provide the chance for Olivier Giroud to get another cap for his country. Only Thierry Henry (51) has scored more goals for Les Bleus than Giroud (48), which is a remarkable record given some of the players that have adorned the famous blue shirt.

Giroud has started the season well with AC Milan, scoring five goals in his opening nine games, including four in seven league appearances, and that record gives us enough to select him as our first pick for this treble.

Martin Braithwaite to score vs Croatia.

Next up, we’re looking to recent Barcelona castaway Martin Braithwaite to bag on Thursday. A win for Denmark would see them qualify for the finals of the Nations League, whilst Croatia can leapfrog them into top spot with three points, so we could be set for a cracker of a game.

Braithwaite is expected to lead the line with Andres Cornelius potentially missing. Although having a lengthy knee injury last season, Braithwaite was involved in three goals in five games for Barca.

He’s also started the season well for new side Espanyol, scoring two in his opening three La Liga games so far, which gives us hope that he’ll bring home the second leg of our treble.

De Bruyne has started the season on fire, bagging assist after assist with Man City, as his devastating partnership with Erling Haaland takes shape.

He has a fairly decent record of scoring at international level, finding the net 24 times in his 91 caps for his country. He also has form against Wales, scoring against them three times in his career, including in both of Belgium’s games against The Dragons in 2021. Again, scoring for the Red Devils as recently as June of this year, KDB will be supremely confident heading into this one, and he rounds off our choices to make it a 25/1 shot.

Best of luck if you’re following these bets, and please remember to gamble responsibly. 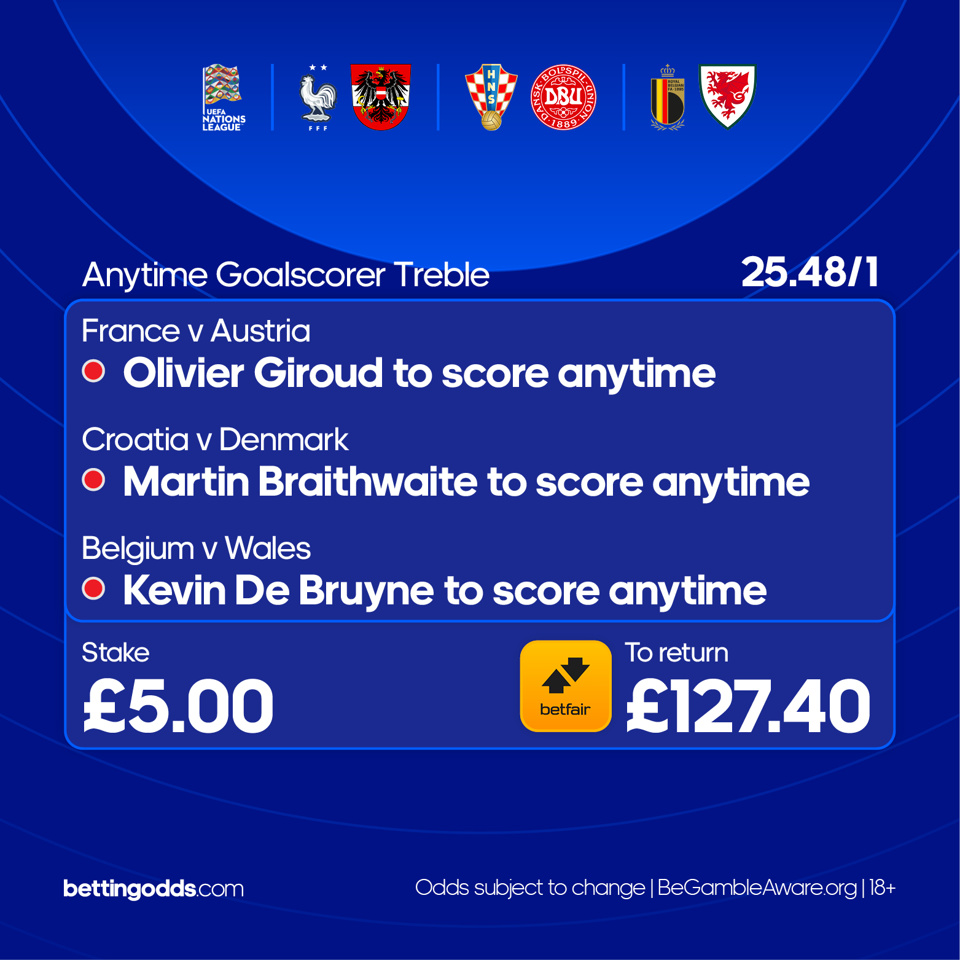