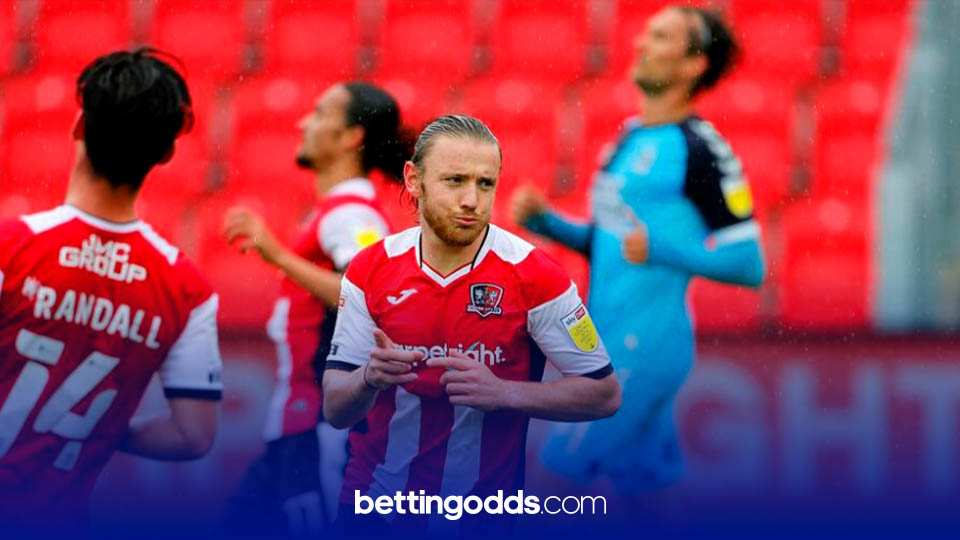 The 2021/22 football season returns this weekend, with a full schedule coming courtesy of the EFL. Ahead of the action, we’ve picked out our best Both Teams To Score (BTTS) accumulator tips in the hope that we can get the campaign off to a flier.

Picking an acca on the first game of the season is a challenging one with no previous form to go off, but last season both QPR and Millwall ranked towards the top of the chart for BTTS. The hosts this weekend saw both teams find the net in 54% of their 46 league matches in 2020/21, with only Bournemouth and promoted Brentford seeing more.

Millwall ranked ninth overall with exactly half of their Championship games ending in a BTTS scoreline, so there is every possibility that we will see both find the net at Loftus Road. With the likes of Lyndon Dykes, Charlie Austin, Jed Wallace and Matt Smith all expected to feature, goals shouldn’t be in short supply.

The second Championship encounter in this weekend’s opening BTTS accumulator is at Ashton Gate, as Bristol City host newly promoted Blackpool. The Robins had one of the worst defences in the second tier last season, shipping a whopping 68 goals in 46 games.

Fortunately for them, they found scoring at the other end fairly easy, finding the net 46 times - a goal per game on average - with 46% of their league matches resulting in BTTS. Blackpool are newcomers to the league having been promoted via the League One play-offs last term, but do have the exciting Jerry Yates at their disposal up front; a player of real quality who last season found the net 21 times in the third tier.

The 24-year-old will be desperate to prove himself at a higher level this time out and will add firepower to the Tangerines’ forward line. Hopefully he can get himself off the mark against Bristol City to help this selection over the line.

Burton were a BTTS-backer’s dream last season, with 65% of their league matches seeing both teams find the net! The Brewers were leaking goals for fun in 2020/21 - shipping 73 in total - but levelled that out by scoring 61 at the other end. Jimmy Floyd Hasselbaink will have worked on tightening things up defensively over pre-season, but they face a challenge this weekend away at Shrewsbury.

The Shropshire outfit also ranked high up in the chart for BTTS last season, with 54% of their league games ending with both teams scoring. They’ve played three pre-season games during the summer but only kept one clean sheet, so I can see Burton breaking them down this weekend. I’m confident in their chances of scoring, however, with the likes of experienced front man Shaun Whalley leading the line.

Two of the division’s favourites for promotion lock horns at St. James’ Park this Saturday, as Bradford make the thankless 560-mile round trip to Exeter. The Grecians saw BTTS in 57% of their league matches last term, while 48% of Bradford’s games in the fourth tier also saw both teams find the net.

The Bantams struggled last season and ended the campaign towards the bottom of the table, but I expect them to challenge for promotion this time out with the experienced Derek Adams in charge of proceedings.

All in all, I like the 17/20 on offer for BTTS here considering both sides possess some great attacking quality in the form of creative-midfielder Matt Jay (Exeter) and wily target man Andy Cook (Bradford).