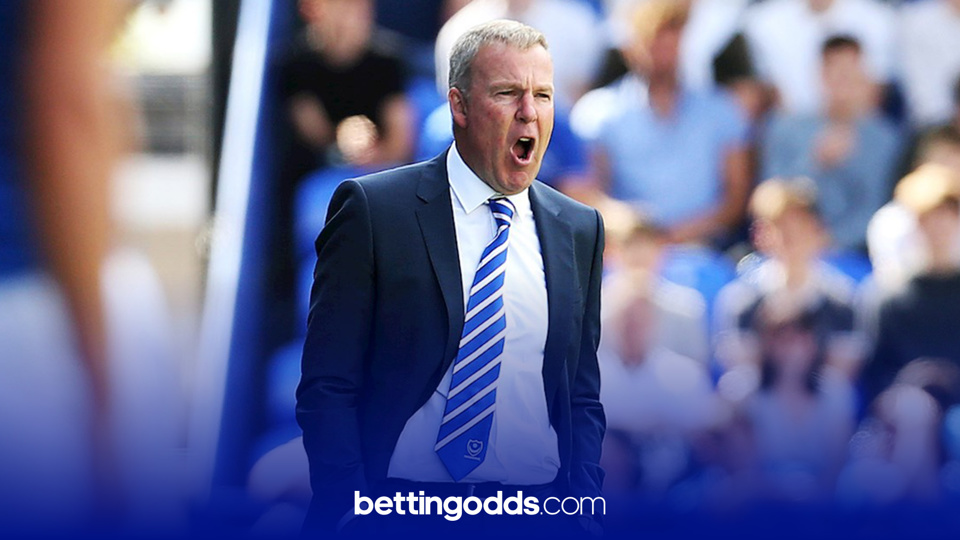 It’s gameweek five of the new season in League 1 and 2 this weekend and now is probably the point where we should stop calling it the ‘new season’. Results can be particularly tricky to predict in the first month or so of a campaign and even more so with the uncertainty around players missing games due to Covid-19.

With teams from the Premier League and Championship having a weekend off due to the International break, I’ve picked out a both teams to score accumulator for Saturday afternoon. There’s six games involved, all kicking off at 3pm. Bet365 are currently 28/1 on this accumulator and I’d recommend using them as they offer a 15% bonus on this accumulator if it goes on to win.

Both teams to score in each of:

The rule of six has been present in our lives over the last few months and I’m doing the same keeping this both teams to score accumulator to just six games. The first of those comes from Gresty Road where I’m fancying both Crewe and Wigan to find the back of the net.

Crewe had failed to score in their first three league games before a convincing 2-0 home win against MK Dons last weekend. They take on Wigan this weekend, and after the disappointment of how last season ended things have started to brighten ever so slightly for the Latics as they have now put together back-to-back wins. Those victories came against Portsmouth and MK Dons, and John Sheridan’s side can make it another in what should be an open game in Cheshire.

Next up it’s Plymouth v Burton where I’m backing both teams to get on the scoresheet. The visitors are the only team in football league action on Saturday who currently possess a 100% record when it comes to both teams to score.

Astonishingly, Burton have lost their last three games in all competitions to a scoreline of 4-2. The Brewers sit 23rd in league one and take on a Plymouth side who have scored in all four of their home matches this season. Neither side has hit the ground running yet this season and I can see goals on the menu here.

There’s plenty of speculation around whether or not Portsmouth manager Kenny Jackett will lose his job if they fail to beat MK Dons at Fratton Park on Saturday. His Portsmouth side take on the Dons who sit bottom of the league table.

Russel Martin’s team are winless in their first four league games but have managed to find the back of the net in three of those. The Dons took a point from one of the league favourites in Ipswich last Saturday and I think they can get something from down on the south coast.

Moving down to League Two and the first of three games from the division where I’ve opted for both teams to score is Oldham v Morecambe. Harry Kewell is yet to register his first victory as Oldham manager, although his side have scored five times in their last two league games. They most recently played out a 3-3 draw against Colchester and they can follow that up with a positive performance against Morecambe.

The Shrimps have been one of the most surprising sides in the football league so far this season. Derek Adams has masterminded three wins from four to take the Lancashire side to the dizzy heights of second in the table. They are a team in good form and can find the back of the net against Oldham.

Southend are currently the shortest priced side to be relegated from League Two this season with odds of 1/2 - an implied probability of 67%. United got their first point on the board last weekend with a 1-1 draw away at Crawley which turned out to be a real coupon-buster. Mark Mosely’s side have improved in their last two league games and have found the back of the net on both occasions despite failing to win.

Exeter City will be making the long trip to Essex this weekend and I think both sides will find the back of the net once again. Matt Taylor’s side have scored two goals in both of their away games so far this season at Mansfield and title favourites Salford.

Rounding off the both teams to score selections is Barrow v Leyton Orient. David Dunn is yet to get his first win in the league as Barrow manager and he will be hoping his fortunes change this weekend. I believe he has reason to believe so as the Barrowvians have scored in both their home games so far taking a point off both Stevenage and Colchester.

Orient have only played three games so far this campaign after several members of their squad were affected by Covid-19. Their one victory came on the opening day on the road at Oldham. They will fancy their chances here against a newly promoted Barrow side and this looks primed for both teams to find the scoresheet.

As I mentioned above, bet365 are currently best priced at around 28/1 with a potential 15% bonus if this accumulator does go on to win. There’s a flurry of football tips on BettingOdds.com this weekend and as always, please remember to gamble responsibly.