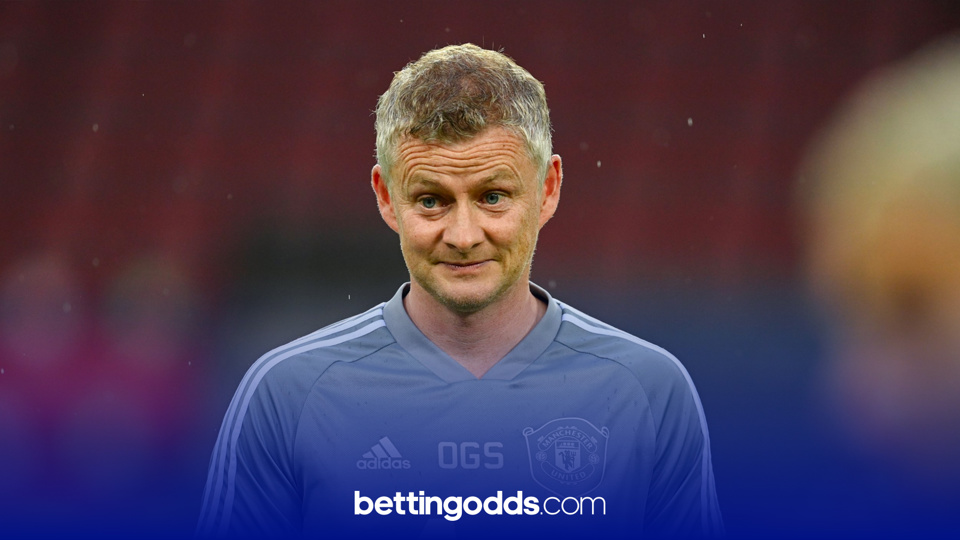 There’s plenty of midweek football on offer this week with a flurry of games over Tuesday, Wednesday and Thursday in the EFL Cup third round. The pick of the games on Tuesday evening looks to be Manchester United’s trip to Luton and West Ham’s home fixture against Hull City. I’ve dived into the betting markets for Tuesday’s fixtures and have picked out a 9/1 double as part as my football tips for the EFL Cup third round.

Manchester City are the bookmakers favourites to lift the trophy in February, priced at 3/1 in the EFL Cup winner betting market - an implied probability of 25%. That may look quite a generous offering in a few months time based on the fact that City have won the last three renewals of the competitions. If we look back even further, that stretches to five of the last seven in which they have tasted League Cup success.

EFL Third round double
West Ham To Win & Both Teams To Score, Luton To Win Or Draw
9/1
West Ham will have way too much firepower for Hull just like against Charlton last week in the EFL Cup. Luton will never have a better chance of an upset against a Manchester United team that looked well off the pace losing 3-1 to Crystal Palace on Saturday
Odds correct as of 2020-09-21 16:50 Odds subject to change.

The first of two games which feature in Tuesday’s 9/1 double is West Ham United v Hull City at The London Stadium, kicking off at 19:30pm. The Hammers have only won once in their three games so far this season with that victory coming at home to Charlton in the League Cup last week.

The win against the Addicks was a convincing one with David Moyes’ side netting three goals and keeping a clean sheet. West Ham fielded a strong side that night with Felipe Anderson, Sebastien Haller, Manuel Lanzini and Andriy Yarmolenko all featuring. None of those four played at the weekend so I’m expecting them all to start against Hull on Tuesday.

This attacking quality should prove too much for Hull and, just like last week, I see West Ham bagging a good few goals as a few of these attackers have points to prove and want to get back into the first-eleven.

Hull never recovered from the departures of Jarrod Bowen and Kamal Grosicki in January last season and were relegated to League One. They have made a positive start to life in a lower division with two wins from two as well as two wins on penalties in the League Cup against Leeds and Sunderland. They’ve scored in their last three games so I’m backing them to find the scoresheet against the Hammers.

West Ham to win and both teams to score looks the appropriate play here. West Ham have the ability to cause Hull constant problems however I’m fancying Grant McCann’s side to also find the scoresheet and bring home the first leg of this double.

Moving onto the later kick off on Tuesday and it’s Luton v Manchester United at Kenilworth Road, kicking off at 8:15pm. Ole Gunnar Solskjaer will make wholesale changes to his side after their 3-1 defeat to Crystal Palace on Saturday. United looked well off the pace for much of the game and starts could be given on Tuesday to Odion Ighalo, Brandon Williams, and Fred. Dean Henderson is expected to be given his chance between the sticks for United as they look to gather some match fitness.

Luton’s survival on the final day was one of the Championship stories of the season in 19/20  and they’ve started this campaign where they left off. Nathan Jones’ side have won all four fixtures they have played so far this season, beating Norwich and Derby in the process.

The manager has a full strength squad to call upon against Manchester United and with the teams not having met since 1992, Nathan Jones will be relishing the chance of an upset that would go down in Luton Town’s history.

On their day United’s second string still have more than enough quality to beat Luton, however, with a lack of match fitness and a turbulent couple of weeks off the field for the Red Devils, I feel there has never been a better chance for Luton to spring an upset. The game will go straight to penalties if it ends in a draw and I’m backing the hosts in the double chance market, priced at 11/4 as a single with most bookmakers - meaning if the hosts win or draw in 90 minutes, this selection will land.

Putting those two selections together of West Ham to win & both teams to score and Luton to win or draw pays around 9/1 with Paddy Power at the time of writing. Best of luck to those following, let’s hope we can liven up the EFL Cup with a winner.

Only bet what you can afford to lose, and please gamble responsibly