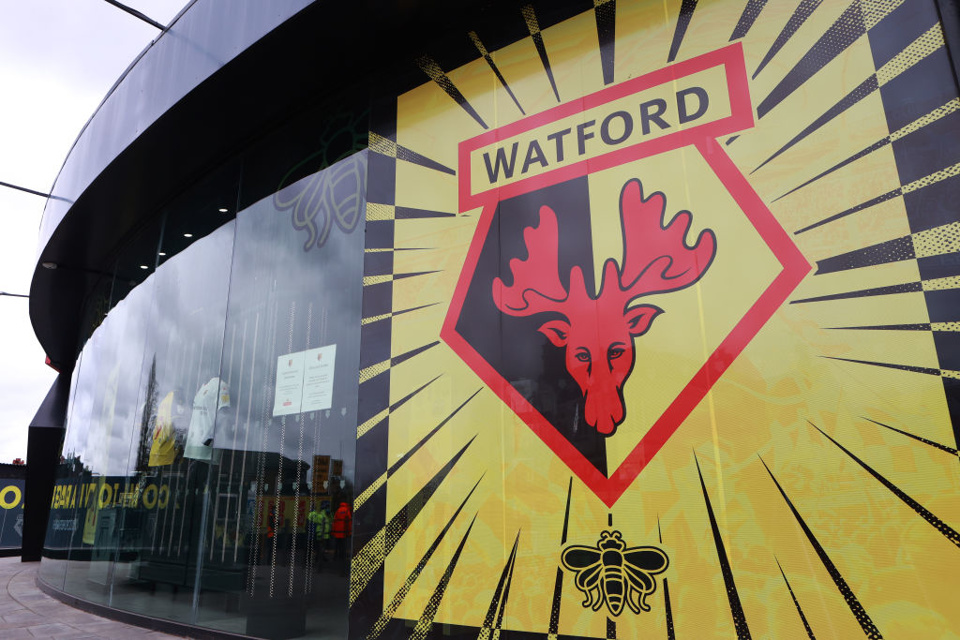 Watford have taken seven points from three games against Burnley, West Brom and Sheff Utd this season and feature in our tips
By Anthony Eadson
11:59 Tuesday 16th August 2022 - 4 minute read

There are a whopping 31 matches taking place on Tuesday evening in the Football League, and here at BettingOdds.com we’ve put together an acca we like the look of that pays 25/1. We’ll be using bet365 for their early payout offer, meaning we’ll be seeing a green tick should any of the sides we’ve backed go two goals ahead. The 25/1 also includes a 10% bonus should all four teams go on to win, courtesy of 365’s acca bonus offer.

We are off to St Andrew’s of the first in our quartet of selections on Tuesday where Birmingham City host Watford. We are backing the visitors to come out on top and maintain their unbeaten record this term after some tricky opening fixtures in the form of Burnley, West Brom and Sheffield United. Manager Rob Edwards will be delighted to have taken seven points from a possible nine and will have been pleased by how his team dug in to hang on to a 1-0 lead over Burnley after going down to ten men.

Birmingham put in a really poor showing at Cardiff on Saturday in their 1-0 defeat. That scoreline didn’t really tell the story of the game, with John Eustace’s side failing to register a shot on target in the 90. Cardiff on the other hand did so seven times, letting off 16 shots in total. Watford have the quality to blow away a good few sides in the Championship this season and with several of their forwards still linked with moves away, they have brought in Keinan Davis on a season long loan.

Remaining in the second tier, Queens Park Rangers welcome Blackpool to the capital. We’ve decided to side with the hosts here and hopefully they can still be on a high after the ecstasy of coming back from two goals down with just three minutes of normal time remaining, to earn a point at Sunderland on Saturday. Ilias Chair scored a fantastic free-kick, before putting the ball into the box for goalkeeper Seny Dieng to attack and score a stoppage-time equaliser with a header that any striker would be proud of. Dieng then went back down to his usual position on the pitch and made a double save to cap a remarkable eight minutes at the Stadium of Light. 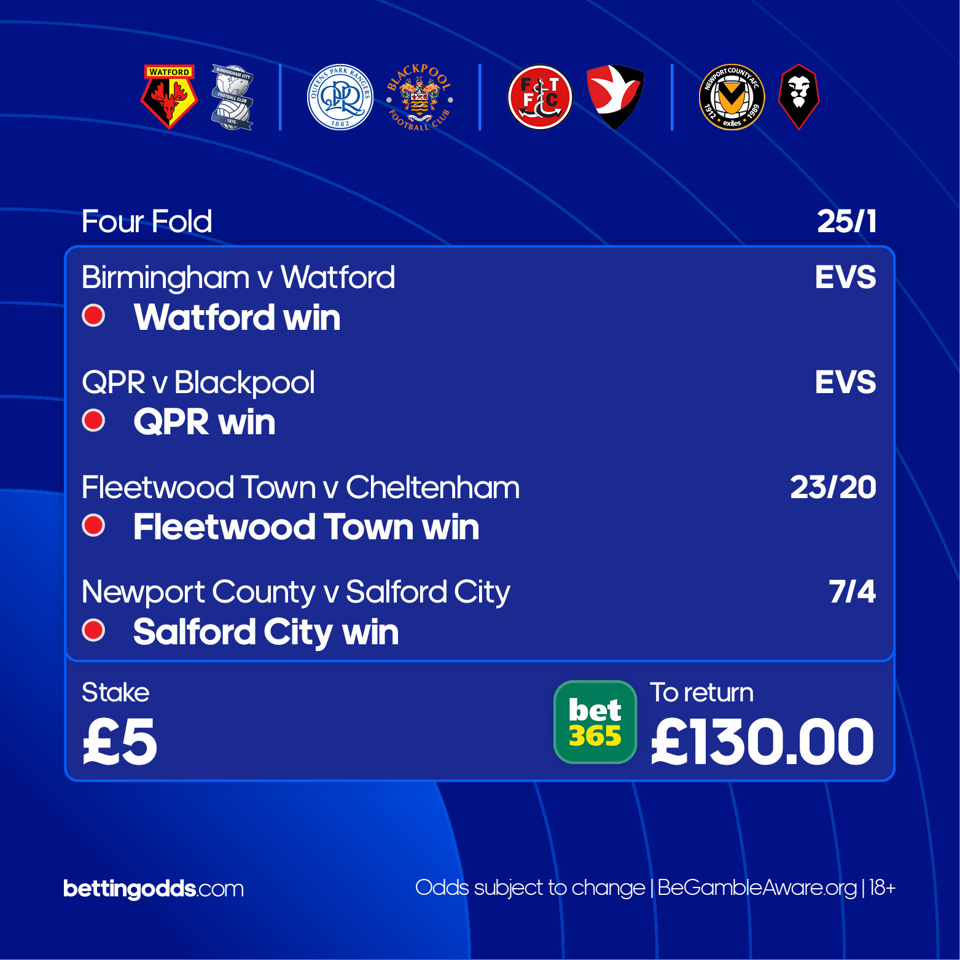 QPR are now W1 D1 L1 so far this season, with their victory coming on home turf against Middlesbrough ten days ago. We think they will have enough to see off Blackpool who have suffered back-to-back defeats after an opening day win against Reading. The Seasiders have failed to score in both of those losses, and will have felt a little aggrieved with the late goal they conceded to Swansea on Saturday. Blackpool have not won away at QPR since all the way back in 1972 and we don’t see that 50 year long record being broken on Tuesday.

Dropping down into League One and we are backing Fleetwood to take all three points at home to Cheltenham up in North West. It is still very strange to be seeing Scott Brown with a full head of hair again, but the new Fleetwood boss has taken four points from his opening three matches, with their only win coming at Highbury against Plymouth. Brown now faces a Cheltenham side who have yet to pick up a single point this season and despite an improved performance against Portsmouth at the weekend, the Robins went down 2-0 to lose their fourth game in all competitions this term. Looking back to last season, Cheltenham have now conceded at least two goals in six of their last seven League One matches.

Rounding off this 25/1 acca is Salford to win away in Wales and take three points from Newport. The Ammies are yet to concede a goal in the league this season and have taken seven points from their first three matches. Their latest win came by a 3-0 scoreline over Crewe last weekend with Brandon Thomas-Asante scoring a brace, to make it four in four matches this season for the young forward. In contrast, Newport have just one point on the board so far this term after defeats to Walsall and Bradford and a stalemate with Sutton United. James Rowberry’s side have been slow out of the traps this season and could well be punished at Rodney Parade by Salford who are now back into 7/1 joint-favorites to win the League Two title.