Football Accumulator Tips: In-form Rangers to get the better of Benfica 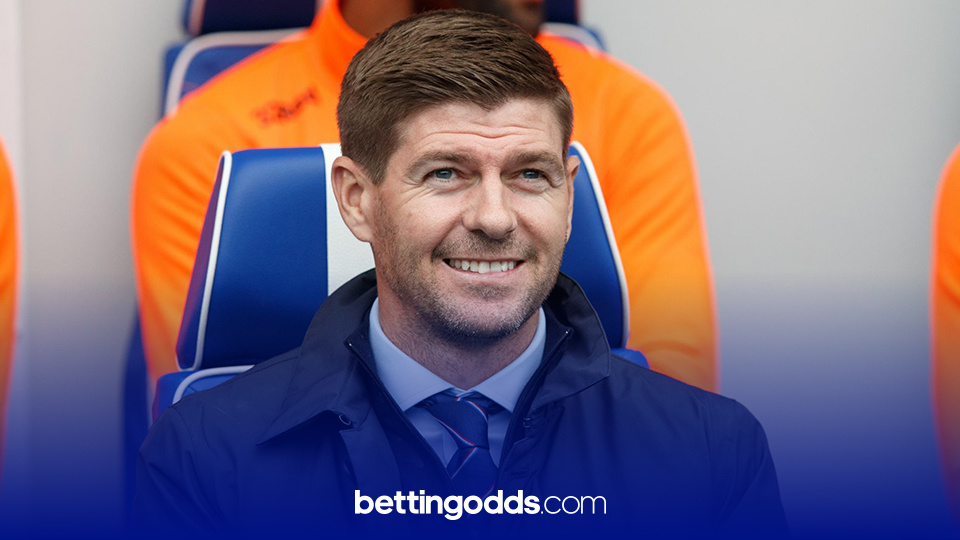 Rangers have only conceded one goal in the League and Europe this season and feature in our 9/2 Treble
By Anthony Eadson
11:55 Thursday 26th November 2020 - 3 minute read

It’s Matchday 4 in the Europa League on Thursday with 24 games coming over two kick-off times of 5:55pm and 8:00pm. Arsenal, Leicester, Tottenham, Celtic and Rangers are all in action for the home nations and our man @AnthonyEadson has picked out three teams he likes the look of to get the three points.

All three are 8:00pm games with Tottenham v Ludogorets being shown on BT Sport 2 and Rangers v Benfica live on BT Sport 3. Thursday’s tips currently pay best with Paddy Power who have the treble at the enhanced price of 5/1, from the previous 3/1.

Europa League Treble
Rangers, Roma & Tottenham all to win
9/2
Rangers have enjoyed their best start in the league for 53 years and will fancy their chances against Benfica after the 3-3 draw in Portugal Roma beat Romanians CFR Cluj 5-0 in the reverse fixture Spurs sit top of the Premier League and Gareth Bale and Lucas Moura should be the deciding factor against Ludogorets
Odds correct as of 2020-11-26 11:30 Odds subject to change.

The first of three teams I’ve picked out on Thursday evening is Rangers. who face Benfica at Ibrox. Unlike their city rivals, Rangers have the opportunity to seal their place in the last 32 of the tournament with a win here. The Gers sit eleven points clear of Celtic at the top of the Scottish Premier League after making their best start to the season for 53 years.

Steven Gerrard’s side conceded three against Benfica in a 3-3 in Portugal a few weeks ago but will fancy their chances on home soil after only conceding one goal in ten games this season at Ibrox. Benfica managed an injury-time equaliser in that game against Rangers which was wedged in the middle of two league defeats. The Portuguese outfit have not been in great form of late and considering the prices I’d like Rangers onside for the win.

Next up I’m fancying Roma to get three points away in Romania against CFR Cluj. Paulo Fonseca’s side have won their last four games in all competitions, and have kept four clean sheets in their last five.

When these two teams faced off in Rome three weeks ago, the home side came out convincing 5-0 winners after a dominant performance from start to finish. Roma have seven points so far in Group A and can guarantee themselves a place in the last 32 with a win here. Henrikh Mkhitaryan was on the scoresheet after just one minute in the reverse fixture and with quality like that on show against Cluj I’m fancying an away win.

Rounding off this trio of teams to get the win on Thursday evening is Tottenham, who take on Bulgarian side Ludogorets in London at 8:00pm. There’s a positive vibe around the Spurs camp at the moment with Jose Mourinho’s side sat on top of the Premier League table. His side have only lost once in all competitions since the opening day of the season, which came in the Europa League away at Antwerp.

There’s a healthy competition for places at Tottenham at the moment and there could be a start for Brazilian Carlos Vinicius who is yet to get his first goal for the club. Gareth Bale should also start in attack for the home side and the strength of depth means it’s hard to argue against a home win. Lucas Moura, Matt Doherty and Ben Davies could all come into the frame to start this evening, and after a 3-1 win on ‘Bulgarian soil Spurs should get the job done here in the capital.

As I mentioned above there’s an enhancement from Paddy Power on this treble to 5/1 from the original 3/1, however that is a maximum stake of £20 for most customers. Enjoy the game, and please always gamble responsibly.

👏 Kemar @Roofe with a special effort!