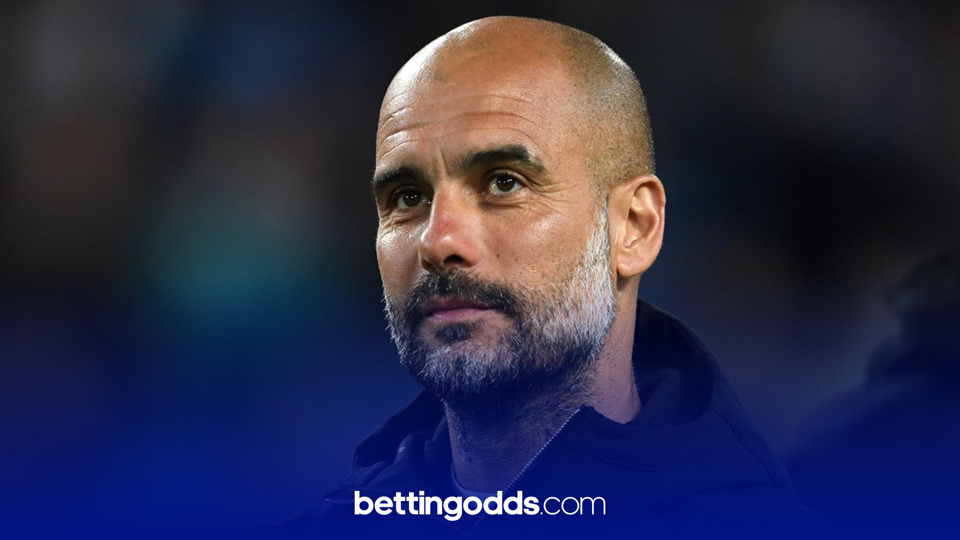 The hectic fixture list continues rolls on with more EFL Cup action on Thursday. There’s a three-game slate on offer with Aston Villa, Manchester City and Liverpool looking to book their place in round four.

Manchester City are the current favourites in the EFL Cup winner betting market, priced at 3/1 with most bookmakers - an implied probability of 25%. The Cityzens have won the last three renewals of the EFL Cup, and if we look back beyond that, their impressive record stretches to winning five of the last seven,

Liverpool come next in the outright betting to lift the trophy at 5/1. The Reds have not won the tournament since 2012 when they overcame Cardiff in the final. The newly crowned Premier League champions have however won the competition more times than any other English club, tasting success on eight occasions. City are just one behind them with seven in the entirety of the tournament and can equal Liverpool’s record with another triumph come February.

As part of my football tips for BettingOdds.com I’ve picked out a double which I feel should go well. I’ve opted to stay away from the evening’s early kick off at Ashton Gate and have decided to focus on Manchester City v Bournemouth and Lincoln v Liverpool. The latter of the two is available to watch live on Sky Sports, kicking off at 19:45.

EFL Cup - Thursday Acca
Liverpool to win & BTTS, Bournemouth to win or draw
15/2
Liverpool should have enough quality in Diogo Jota and Takumi Minamino to score plenty against Lincoln Michael Appleton's side can get on the scoresheet though, he has a superb cup record, beating Newcastle 3-0 with Oxford and reaching the FA Cup quarter-finals with Blackburn. Pep Guardiola has confirmed he will play mostly youth players as he has seven players out injured and a Premier League game at the weekend Bournemouth will not want to be humiliated by a team of kids and can cause an upset here
Odds correct as of 2020-09-23 16:50 Odds subject to change.

The first part of this 15/2 double on Thursday evening comes in the form of Liverpool to win, and both teams to score in the match against Lincoln at Sincil Bank. Jurgen Klopp gave many of his fringe and youth team players starts in both the EFL and FA Cup last season and there will be more of the same from the German on Thursday.

Youngsters Harvey Elliott, Sepp Van Den Berg and Curtis Jones are all expected to feature in the starting eleven, while James Milner, Takumi Minamino and new signing Diogo Jota could also line up. This Liverpool side should have a nice blend of youth, experience and most importantly, quality. I fancy Jota to bag on his debut and think the floodgates could open if Lincoln go behind early.

I do believe that Lincoln can get on the scoresheet though. Their manager, Michael Appleton, is a man who loves cup competitions. With Oxford, he reached two EFL Trophy finals, the FA Cup fourth and fifth round - beating Premier League Swansea - and most memorably, masterminding the 3-0 win over Newcastle. He’s also taken Blackburn to an FA Cup quarter-final and has a real knack of getting his players well prepped for a big game.

The Imps have made a great start to the season and have won all five competitive matches they have participated in. Lincoln put five past Bradford in the second round last week and at the prices a Liverpool win and both teams to score looks the right bet.

The second part of Thursday night’s double is Bournemouth double chance (to win or draw) against Manchester City at the Etihad. At first glance you might be thinking hang on a minute, is this guy serious, newly relegated Bournemouth to get something at Manchester City? Well here’s why, after City’s game against Wolves on Monday evening, Pep Guariola said his squad is stretched to the limit.

Bernardo Silva, Aleksander Zinchenko, Joao Concelo, Eric Garcia, Sergio Aguero, Aymeric Laporte are all out injured while Ilkay Gundogan is self-isolating after testing positive for Covid-19. Pep was quoted saying: “Now we have a competition where we cannot spend the energy that we spent today, before the Leicester game at the weekend. So we will be playing mostly academy players and try to keep the energy for the Premier League”

This clearly shows how the manager feels towards the game on Thursday evening and I feel there could be a potential upset on the cards with the home side playing so many youngsters. Bournemouth will not want to be turned over by a team of kids here and I think in players such as Sam Billings, David Brooks, and Lewis Cook they have enough experience to handle a night such as this.

Manchester City’s odds have been drifting like a barge since Pep’s comments after the Wolves game. They have gone from 1/6 out to 4/9 to win the game in 90 minutes. It may be a price to take early on Bournemouth to win or draw the game in the double chance market. Currently best priced at 7/4 with Paddy Power, I’ve doubled that up with Liverpool to win and both teams to score to hopefully give us a winner on Thursday. Best of luck to those following and please gamble responsibly.