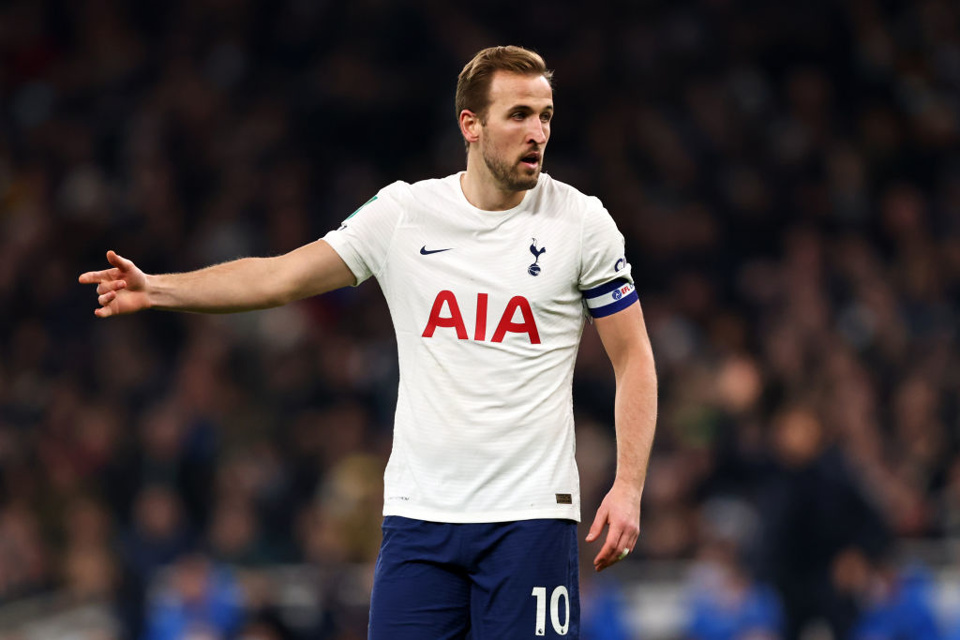 Harry Kane has had twice as many yellow cards against Chelsea than any other opponent in his career.
By Anthony Eadson
16:50 Friday 21st January 2022 - 4 minute read

There are four Premier League games on Sunday for punters to get their teeth stuck into and we’ve once again tasked @AnthonyEadson to provide us with his best Bet Builder tips for the top-flight action.

Tottenham produced one of the most enthralling Premier League moments in recent years with a memorable comeback in the dying seconds of the game to snatch three points at Leicester thanks to two Steven Bergwijin goals on Wednesday.

My two selections here both involve Antonio Conte’s side and a certain Harry Kane. 18/1 is on offer at the time of writing on the longshot and can be added straight to your betslip by clicking the link below.

Spurs come into this match on a run of nine league games unbeaten and I’m expecting them to put up a good fight against Chelsea in a fixture that’s had a bit of bite over recent years.

Harry Kane to be carded is my main selection here, with 9/2 on offer from both Paddy Power and bet365 at the time of writing. I’m surprised to see that Paddy Power don’t have any outfield player a bigger price to be carded than Kane in this match considering he’s had twice as many yellow cards against Chelsea than any other opponent in his career.

In total, Kane has been shown a yellow card in eight of his 19 appearances against Chelsea and of all the Tottenham players to have started 10 or more games in the league this season, none are averaging more fouls per game than Kane with 1.4 per game.

Paul Tierney is the man in the middle at Stamford Bridge and the official had the highest yellow cards per game figure (3.90 per game) of any of the 19 referees in the Premier League last season. This campaign Tierney has shown a healthy 64 yellow cards in 16 games (4.00 per game), and with this in mind I’m hopeful of him throwing a good few out on Sunday and giving Kane his fourth of the season. 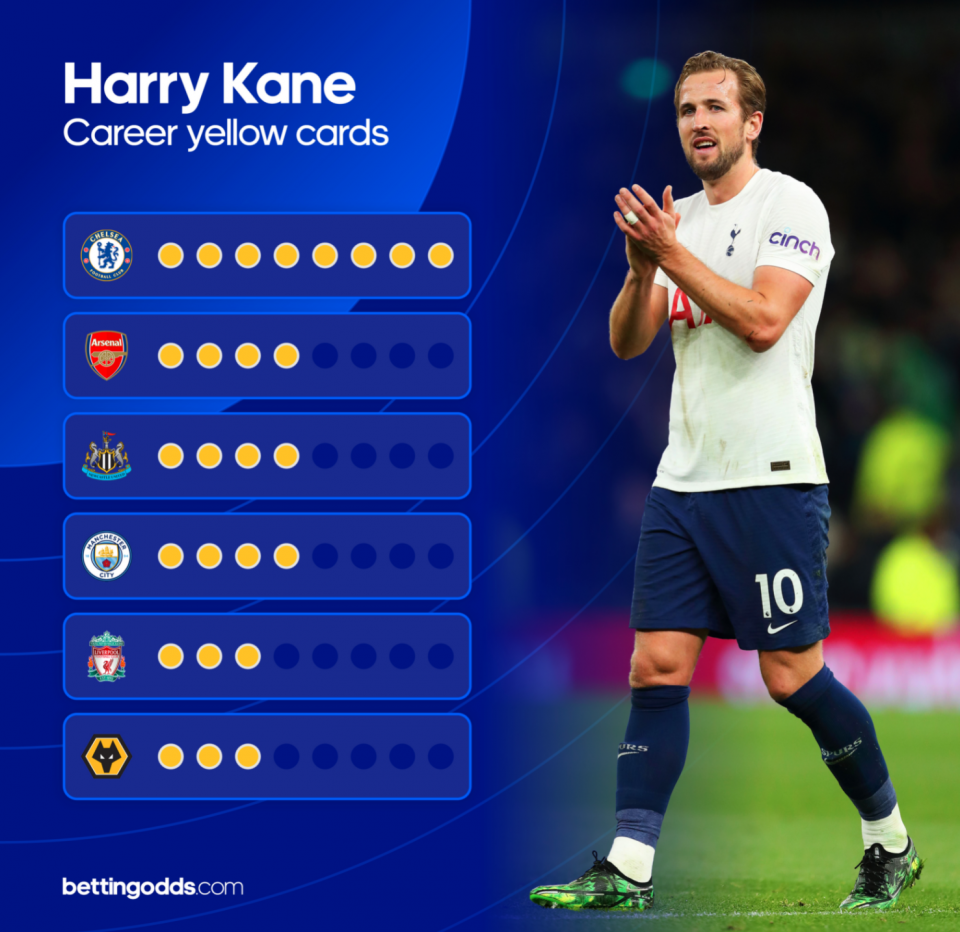 Besides the main play on Kane to be carded, I’ve also backed him to score and be carded at 18/1 with Paddy Power. I’m hoping Conte’s side can use Wednesday’s result as a springboard for the second half of the season and take some momentum into this match after Chelsea struggled against Brighton on Tuesday. The Blues have only kept a clean sheet in two of their last eight games in all competitions and their league form has taken a dive with them only winning once in their last seven outings.

After a slow start to the season, Harry Kane looks to be slowly coming back to his old self and after a goal and an assist against Leicester, I think he can slot one past Kepa Arrizabalaga with Edouard Mendy still away at the African Cup of Nations.

On Wednesday evening against the Foxes, Kane let off a huge 10 shots, and has recorded 22 in his last four league matches. Compare that to just 4 shots in his first 4 games this season and you certainly make a case for him looking a lot more hungry for goals again under Conte’s leadership.

That’s 9/2 and 18/1 pokes from the Bridge on Sunday. Good luck to anyone following. Please gamble responsibly.