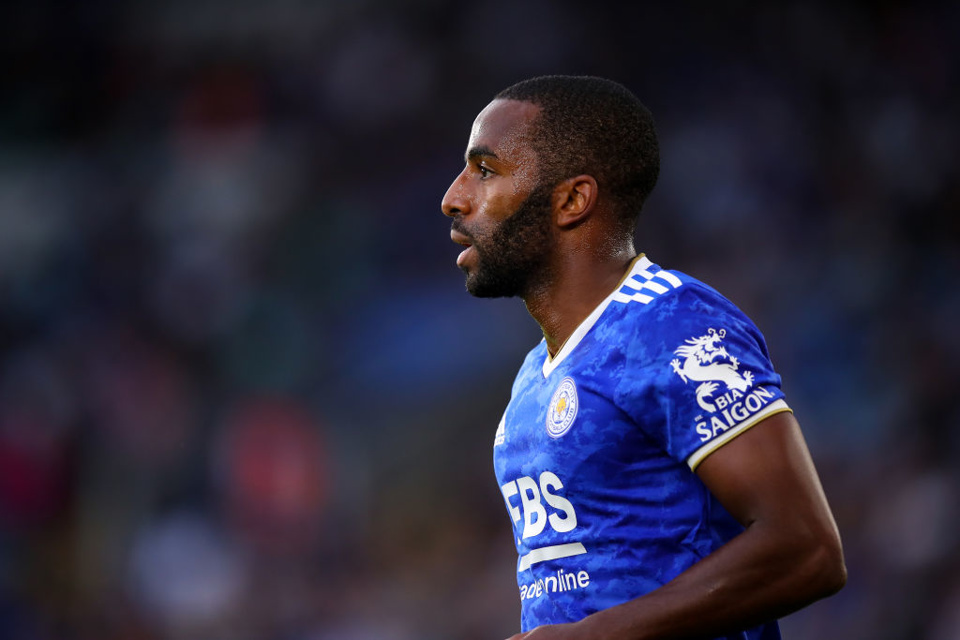 Ricardo Pereira may have been blighted by injuries this season, but when he's fit, he loves to play high up the pitch
By Luke Hamilton
14:25 Friday 18th March 2022 - 3 minute read

Due to FA Cup action on Sunday, proceedings have been narrowed down to only two Premier League fixtures taking place that day. In the earlier kick-off, Leicester host Brentford at the King Power Stadium before Tottenham and West Ham meet in a South London vs West London clash.

We're going for another double in this Sunday Bet Builder, courtesy of @LAHamalam who has dipped into both games for his selections.

When posted, the bet is priced up at 5.6/1 with Bet365, with the likes of Paddy Power and Betfair not having full markets displayed. If you are following these selections, make sure to check elsewhere to guarantee yourself the best price!

From the 2pm game, Ricardo Pereira is the name jumping off the page when it comes to the shot markets.

The Foxes defender might have been hampered by injuries throughout the 2021/22 campaign, but when he has played, his enthusiasm to get forward cannot be ignored.

Despite only playing 90 minutes eight times in the Premier League this term, the full-back has managed over 1.5 shots on four occasions!

For some extra spice, three of these have come in his last four matches, including in a 45-minute role vs Burnley in the match before last.

He's still returning to full fitness at the moment, but could well be in for another start here with James Justin playing the entire second leg in the Europa Conference League on Thursday vs Rennes.

Compare him to the other five players who have played in a full-back position this season - Daniel Amartey, Marc Albrighton, James Justin, Luke Thomas and Timothy Castagne - he has only one fewer combined total shots (9) than all five (10)!

The other half of Sunday's bet sees us heading over to London for what has been a particularly tasty match up between two sides vying for this season's final top four place.

Tottenham vs West Ham has been a game to provide goals, excitement and drama in recent times. You have to go as far back as 19th March 2011 to find a goalless draw in this fixture - across all competitions, too!

Particular focus is on Cristian Romero for this one, and we're backing him to pick up a card, making it a repeat of the reverse league fixture from 24th October last year.

Here are some remarkable stats for you regarding Tottenham's summer signing - he's made 14 PL appearances so far, committing 15 fouls during this time and finding himself booked a whopping eight times.

Not only is he Tottenham's most carded player, but he's also two yellows clear of the next closest in Oliver Skipp with six. Two of those have come in his last three, including a card in his latest midweek outing vs Brighton where he committed three fouls.

Given the competition between these two teams with real stakes involved, Cristian Romero is sure to find himself as the last line of defence on at least one occasion against West Ham's counter attack.

If that happens, he's the type of defender that isn't afraid to bring somebody down for the betterment of his team; which has resulted in a number of his eight cautions since he began life in the English top flight.