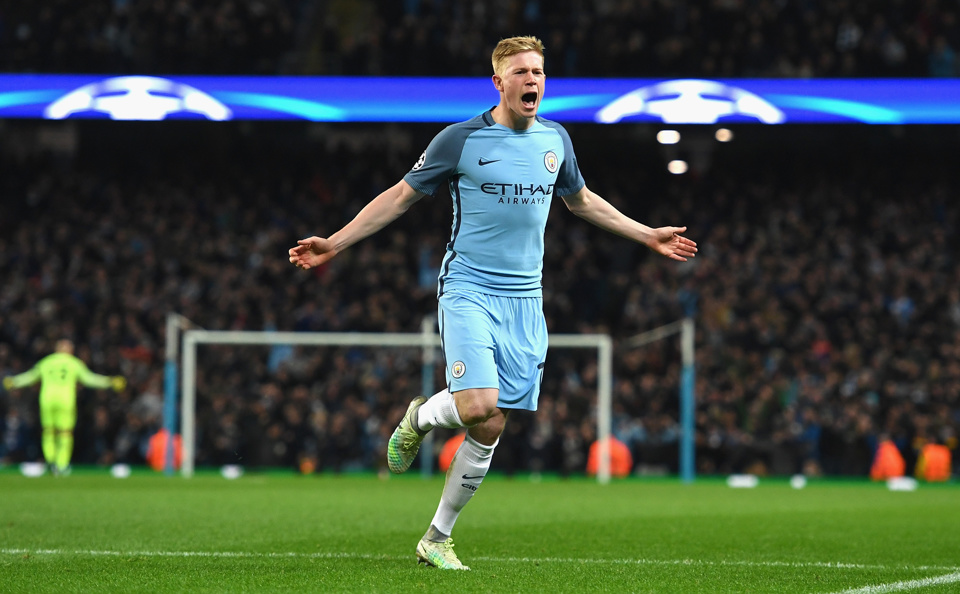 All eyes will be on the Etihad on Sunday in the Premier League as Manchester City take on Liverpool in one of the biggest clashes of the season. The game can be seen live on Sky Sports at 4:30pm and @AnthonyEadson has provided us with his best bet builder selections for the action.

There’s plenty of good offers around for new and existing customers tailored around this match and both bet365 and Paddy Power customers should check their accounts or the promotions page for a potential £5 free bet on this game.

I’ve opted to place my free £5 bet on a four-pronged Bet Builder with Paddy Power that revolves around two of the Premier League’s top dogs in Kevin de Bruyne and Mohamed Salah. At the time of writing the Bet Builder pays 27/1 and can be added to your betslip by clicking on the link below.

There’s no denying just how big Sunday’s game is between these two teams that have shared one of England’s best top-flight rivalries over recent years. One point separates the pair heading into Sunday, with a victory here the perfect platform for either side to go on and lift the trophy in May.

Despite neither team not wanting to lose this match I am hopeful of a high scoring affair, with four of the last five meetings between the two featuring over 3.5 goals. Both teams to score has also landed in five of the last six clashes in the Premier League, but at 4/7 that’s not a price I want to take on.

Instead I’m siding with two goalscorers in Mohamed Salah and Kevin De Bruyne, with them both hitting the target on two or more occasions. Let’s start with Salah who has been absolutely sensational for Liverpool this season with 20 goals and 10 assists in the league.

The Egyptian King has amassed a total of 19.0xG this season which is 4.0 higher than anyone else in the division. Salah has started 26 matches this season and has scored in 16 of those. It’s interesting to see he has registered 2+ shots on target in 15 of those 16 league matches he has scored in.

When it comes to hitting the target in 2021/2022, Salah has been head and shoulders above the rest hitting 13 more than any other player in the top-flight. Before a ball was kicked this season, Paddy Power had priced the Liverpool forward at 9/1 to have 60+ shots on target, and with eight games remaining he needs just six more to hit that milestone.

The other player I’m siding with to get on the scoresheet is Kevin De Bruyne, who on his day is still the best player in the league in my opinion. The Belgian has been in excellent form over the last few weeks at a time when City really need him if they are to lift silverware this season.

Since the start of March, Kevin De Bruyne has scored five goals in his last five matches in some key games for his employers against Manchester United, Southampton in the FA Cup and Atletico Madrid in the Champions League.

The attacking midfielder has been firing off the shots of late, letting off 20 across his last six matches. In that period, 12 have hit the target, with him clearing the 2+ line in four of his last six. All this considered, I feel we are getting a really good price at 27/1 for two of the Premier League’s most potent finishers to get on the scoresheet and hit the target twice.

Kevin De Bruyne & Mo Salah to score & both to have 2+ shots on target
27/1
Odds correct as of 2022-04-08 16:00 Odds subject to change.
Opt-in
Sign-up to receive emails when new additions are made to the Opta Tool
Sign-up
By clicking opt-in you agree to our privacy policy and terms and conditions below
Opt-in
Your Details
Complete your details below to enter:
Full Name
Email
SUBMIT
Please fill in both your name and email
Opt-in
SUCCESS!
Thank you for your submission.