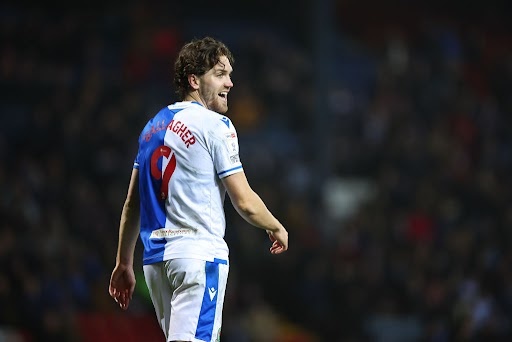 There may be no Premier League action this weekend but there’s plenty for punters to get their teeth stuck into with full cards in the Football League. After providing some lovely winners this season including a 16/1 winner a fortnight ago, @AnthonyEadson is on hand with his best Bet Builder tips for the action.

This weekend he’s picked out a single he likes at 7/1 along with a 28/1 Bet Builder double that currently pays 28/1 with both Betfair and Paddy Power. The longshot can be added to direct to your betslip by clicking the link below.

I’ve focused my attention this weekend on a game involving my beloved Blackburn Rovers and it’s been some season so far for Mowbray’s men as they find themselves second in the table as they head into Saturday’s match at Luton.

Sam Gallagher scored the only goal of the game in a 1-0 win over Middlesbrough on Monday at a rocking Ewood Park and he features in my selections here with Betfair having 7/1 on show for him to be carded.

With Ben Brereton Diaz away on International duty for Chile, Sam Gallagher really stepped up against Boro, letting off six shots and putting in a fine performance. The workrate shown by the 26-year-old was immense in that game and his sliding tackle in injury time brought one of the loudest cheers of the night from the Rovers fans.

In total Gallagher has picked up four yellows this season in his 20 league matches although six of those appearances did come as a substitute. In total he averages 0.3 yellows per 90 this season and with an average of 1.3 fouls per game I think the 7/1 is certainly worth a play.

Blackburn have the worst disciplinary record in the Championship this season with 69 yellows and three reds, which may be due to them spending so much time without the ball as they have had the lowest amount of possession in the league this season - 41.5%.

Furthermore, we also have one of the better referees for cards in the middle on Saturday as James Linington takes the whistle. Of all the Championship referees who have officiated 10 games or more this season, Linington ranks second for yellow cards shown, with a healthy average of 4.62 per game.

Besides that 7/1 poke, I’ve also opted to have a bet on Sam Gallagher to score & be carded. Rovers are flying at the moment with seven wins and eight clean sheets from their last ten matches and with Gallagher pumped from his last match I think we’ll see another big performance from both him and the rest of the Rovers side against Luton.

In total Gallagher has scored six goals in the league so far in 2021/2022 and in the absence of Brereton Diaz, he let off six shots on goal against Middlesborough on Monday, his second highest tally of the season.