Thursday's football tips: Wolves & Brighton to come out on top in 8/1 double 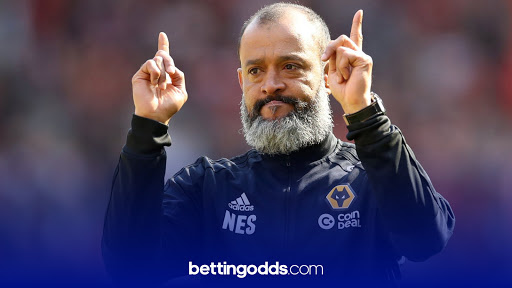 The EFL Cup second round trundles on, with three games across Thursday evening. Sheffield United, Wolves and Brighton are all in action after they were involved in Premier League games on Monday, resulting in their EFL Cup games being pushed back a day.

Manchester City and the other top Premier League sides will join the tournament in the third round and after three consecutive wins, Pep Guardiola’s side are the 3/1 favourites in the outright winner market to lift the trophy for the sixth time in eight seasons.

I’ve just one bet for the evening which comes across the two later kick-offs, involving Wolves v Stoke and Brighton v Portsmouth. I’m having a small dabble on Wolves -1 handicap and Brighton -1 handicap, meaning if both sides win by two or more goals, this bet will land. Paddy Power have given this one a little boost up to the generous price of 8/1 which makes plenty of appeal, compared to the 6/1 on offer from SkyBet.

The first of the two games which feature in this double comes at 7pm where Wolves host Stoke at Molineux. I’ve got high hopes again for Nuno Santo’s side this season; I think without the hindrance of a Europa League campaign his side can fully focus on the league and finish inside the top-six for which they are 7/4 to do so in the Premier League betting.

Wolves started their season with a comfortable 2-0 away win at Sheffield United on Monday evening. It was a professional performance from Nuno’s team, and one that I think will set the tone for the season. There will be changes made by the manager for this game with John Ruddy, Diogo Jota, Ruben Neves and Ruben Vinagre all expected to come into the starting line-up. New signing Fabio Silva could well make his first appearance for the club after Wolves broke their transfer record, bringing in the 18-year-old for the hefty price of £35million.

Stoke on the other hand played out a miserable 0-0 draw against Millwall in their first game of the Championship season. Michael O’Neil is also expected to make wholesale changes for the game on Thursday, with defender Ryan Shawcross facing a race against time as he recovers from injury. Jack Butland could well start the game in goal for the Potters after being left out at the weekend.

The gap in quality here should be evident from the get-go. Wolves are a side full of confidence after reaching a Europa League quarter-final last month - losing out to eventual winners Sevilla. The competition for places at the club should ensure some big performances are put in by those who have not been starting regularly. In Diogo Jota and Fabio Silva, the hosts have enough up top to cause Stoke real problems and there’s still Raul Jimenez to come off bench if called upon. I think Wolves should win this one easily and should be looking at this competition as a way for them to win their first trophy since 1980.

The second part of Thursday night’s 8/1 double comes in the form of Brighton -1 on the match handicap. Again, meaning if the hosts win by two goals or more this selection will land. Brighton have improved under Graham Potter and last season showed glimpses of the free-flowing attacking football that had been promised. I don’t see them being relegated this season but struggle to see them go beyond the 12th-place mark.

I thought Brighton started the game well against Chelsea on Monday evening and arguably looked the better side, before the visitors were awarded a penalty midway through the first half. There are some injury concerns here for the Seagulls after Adam Lallana was taken off against Chelsea with a knock - and as a result the ex-Liverpool man is a major doubt for Thursday’s game. Ben White and Davy Propper’s fitness will be assessed before the game however Florin Andone and Jose Izquierdo will definitely miss out due to injury. New signing Joel Veltman from Ajax could well come in for his first start in the defence.

Portsmouth kicked-off their League One campaign with a disappointing 0-0 draw at home to Shrewsbury last weekend. Boss Kenny Jackett is waiting on the fitness of goalkeeper Alex Bass, however away from that he should have a full squad at his disposal. Pompey are third favourites in the outright winner betting for League 1 this season but they will face a stern test at the Amex Stadium on Thursday.

Again, I do think the gap in quality will be the deciding factor in the match. In Neil Maupay, Aaron Connelly, Alireza Jahanbakhsh and Pascal Grob, Brighton have more than enough in the final third to score goals against an opposition who sit two divisions below them. Portsmouth will be up for this one, but I think as we move into the latter stages of the game, the difference in the calibre of player from each side will be evident.

SkyBet have this double of both Wolves and Brighton to win by two goals or more priced at 6/1 so it’s worth having a shop around and taking the 8/1 on offer here from the good folk at Paddy Power. Brighton v Portsmouth is live on Sky Sports at 7:45pm and best of luck to those who are following.

What a start to the season for #WWFC! 🐺

Podence produces an excellent cross to pick out Jimenez, who finishes superbly past Ramsdale!

Leeds United v Manchester City Tips: Marcelo Bielsa's side have impressed on their return to the Premier League…

Liverpool v Arsenal Tips: The Gunners will take on Liverpool at Anfield for the second time in four days and we've…

Football Acca Tips: Klopp's side to reign victorious against Gunners again in 10/1 double

Football Acca Tips: Arsenal will play their second game in four days against Liverpool at Anfield and the match…

Spain Euro 2020 Tips and Betting Odds: A look ahead at the betting behind Spain at next summer's European Championships

One lucky SkyBet customer scooped an eye-watering sum of money from an audacious £5 20-fold acca.

Football Acca Tips: Brighton host Manchester United for the second time in five days and their game features in…

Premier League top-four odds: Roy Keane on what Manchester United need to aim for this season

Liverpool have moved into odds-on favourites for the Premier League title following their 3-1 win over Arsenal,…

Bet £10 Get £30 in Free Bets
New customers using Promo Code P30 only, min £10/€10 stake, min odds 1/2, free bets paid as 2 x £15/€15 (30 days expiry), free bet/payment method/player/country restrictions apply. T&C's apply, 18+ begambleaware.org
Bet £10 & Get £30 Free Bets + £10 Casino Bonus
Minimum deposit of £10 using deposit code 30F - A qualifying bet is a ‘real money’ stake of at least £10 placed on any sports market - Minimum odds of 1/2 (1.5) - Free bets credited upon qualifying bet settlement and expire after 7 days - Free bet stakes not included in returns - Casino Bonus must be claimed within 7 days • To withdraw bonus/related wins, wager bonus amount x40 within 14 days • Wagering req. vary by game • Withdrawal restrictions and Full T&C’s apply. 18+ begambleaware.org
Welcome Offer
Open Account Offer. Up to £100 in Bet Credits for new customers at bet365. Min deposit £5. Bet Credits available for use upon settlement of bets to value of qualifying deposit. Min odds, bet and payment method exclusions apply. Returns exclude Bet Credits stake. Time limits and T&Cs apply. The bonus code ‘100BET365’ can be used during registration, but does not change the offer amount in any way. 18+ begambleaware.org.
£20 Risk Free First Bet Money Back In Cash
New customers only. Place your FIRST bet on any sportsbook market and if it loses we will refund your stake in CASH. Max refund for this offer is €/£20. T&Cs apply. 18+ begambleaware.org
Up to £30 in Free Bets
New Customers deposit and bet up to £30 at odds of 2.0 or greater within 7 days of registration, Cashed out bets excluded. Matched bonus paid in free bets; 7 day expiry. Offer valid from 09:00BST on 26/05/2020. Card payments only. Geo Restrictions and T&Cs. 18+ | begambleaware.org | Please gamble responsibly
Bet £10 Get £30 + 30 Free Spins
You must stake £10 or more at single/cumulative odds of Evens (2.0) or greater on your first bet. Free bet balance of £30 credited within 48 hours of your first bet being settled. Free Bets expire after 7 days. E-Wallet restrictions apply. Minimum 5 game rounds. Game restrictions apply. Maximum 30 Free Spins on selected games. Free Spins expire after 7 days. T&C's apply, 18+ begambleaware.org
Bet £5 Get £20 In Free Bets
Min £5 bet on the SBK. Rewards valid for 7 days. Free bets must be placed at min odds of 1.5. Exchange free bet limited to certain markets. Payment restrictions apply. T&Cs apply. 18+ begambleaware.org
£25 Bet Bundle
18+. UK Customers (Excluding NI) only. Cash stakes only. Min £10 stake required for initial £5 free bet. Min odds ½. Max £25 in free bets. Subsequent free bets equal 50% average of each 3 qualifying bets. 13 bets required to receive full £25 free bet. Qualifying bet must be placed within 30 days of opening account. Cashed out bets will not qualify towards your average stake. One free bet offer per customer, household or IP address only. Free bet expires after 7 days. Payment method restrictions apply. T&Cs apply.
Money back As A Bonus Up To £40 If Your First Racing Bet Loses + £10 Casino
New customers only. 18+, BeGambleAware.org. Min deposit £10. Money back as bonus. Wagering requirements: Racing 3x at min. odds of 1.40 (2/5), Casino 35x. Only one bonus can be used at a time, Racing bonus must be wagered before using the Casino, unless the bonus has been forfeited. Bonus will expire after 7 days of opt-in.
HOME
FREE BETS
FOOTBALL TIPS
LIVE SCORES
Bet Slip
Log In