The new 2021/22 Scottish Premiership is now just days away as excitement builds for the return of fans to stadiums across the country.

Steven Gerrard will be looking to mount a successful defence of the title he claimed in dominant fashion last term, while Celtic will hope to bounce back under new boss Ange Postecoglou.

The spotlight will be pinned on the two title-chasing managers, but there are plenty of other managerial talking points ahead of the new campaign, which kicks-off on Saturday!

1. Can Steven Gerrard retain the title?

102 points, 32 wins, 92 goals scored, just 13 conceded, and 26 clean sheets. It’s fair to say that Rangers enjoyed a simply superb title-winning season, one in which they went unbeaten under boss Steven Gerrard who hasn’t lost a league game since March 2020; 39 games.

Gerrard’s Gers will now go from the hunters to the hunted as the Englishman bids to become the first Rangers manager to retain the trophy since Walter Smith (2010 - 2011).

During the summer Gerrard - who was tentatively linked with Tottenham and Everton - strengthened his squad through the signing of midfielder John Lundstram from Sheffield United and Zambia striker Fashion Sakala, who scored in the recent win over Carlo Ancelotti’s Real Madrid.

While title No. 56 will be the main focal point, Gerrard will be targeting domestic cup glory - which have eluded him over the last three years - plus a place in the Champions League group stages for the first time in over a decade.

🗣 "We want the hunger and the mentality of the players to remain how it was at the beginning of last season."

Steven Gerrard looks ahead to the new SPFL season as Rangers defend their title https://t.co/nhyu5DnvAX

2. What to expect from Ange Postecoglou?

Celtic finished a gargantuan 25 points behind rivals Rangers, with Neil Lennon getting the chop in February, then John Kennedy was placed in charge for the final 10 games.

The club's exhaustive 15-week search for a new manager eventually saw them appoint Australian Ange Postecoglou, who will oversee a squad rebuild as he attempts to bring the spoils back to Parkhead following a miserable 2020/21 season.

He’ll have to adapt to his new surroundings quickly and get points on the board early in what will be a high-pressure and demanding environment: In recent years Brendan Rodgers, Ronny Deila, and Neil Lennon (second spell) have all won the title in their first season.

Celtic describe their new boss as “a modern, progressive coach with exciting, attacking football as his philosophy”, while the man himself said the opportunity to manage the club is “one of the greatest honours in football”. He has title-winning experience on his CV with Japanese side Yokohama F. Marinos and lifted the Asian Cup with the Australian National team.

Postecoglou will not only be bidding to regain the title with winning football but look to implement an attractive and entertaining style in front of the returning supporters - early signs show that he could use inverted full-backs - but the club have left it late to bring in more new signings ahead of the weekend. 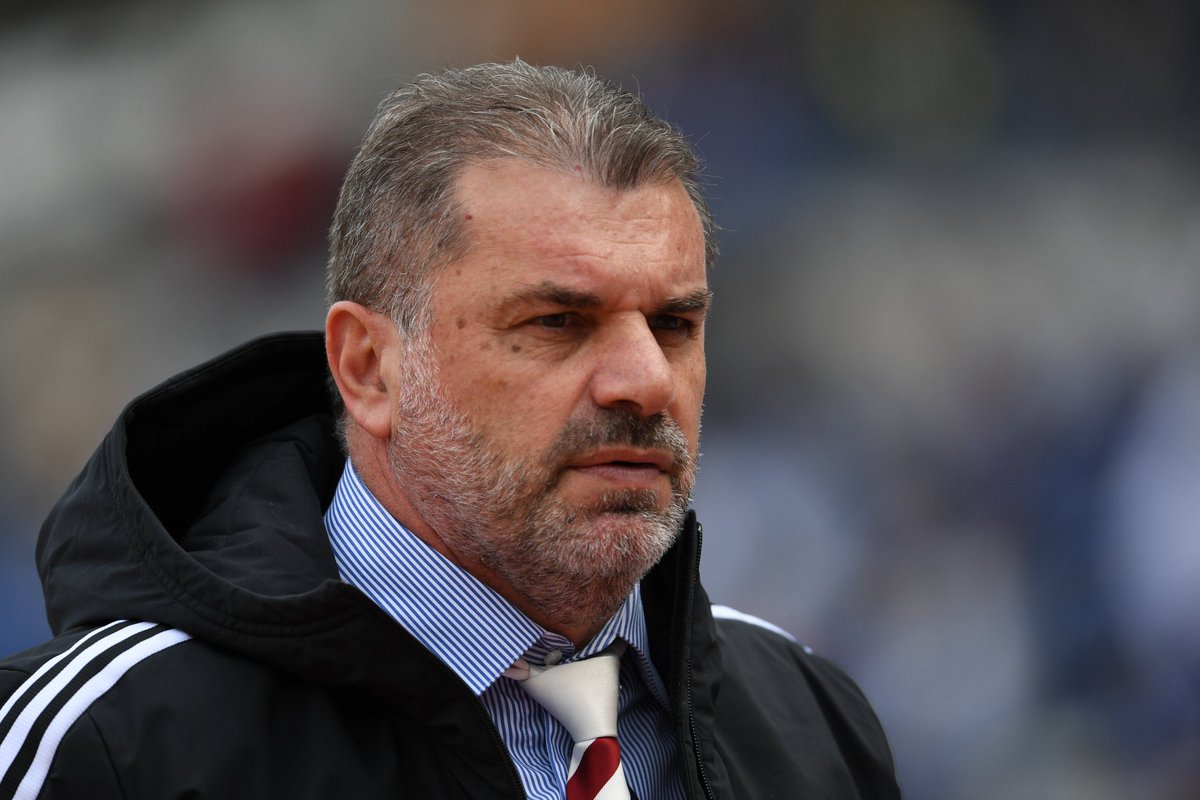 In 2019 something very rare happened.

Their manager, Ange Postecoglou, is now reportedly in advanced talks to become the next Celtic boss 🍀

Callum Davidson enjoyed an extraordinary debut season in management after he led St Johnstone to not one but two domestic trophies. “When you look at the history of St Johnstone, to win one trophy in 137 years and then to win two in three months, you go 'wow that's incredible',” he said following the phenomenal achievement.

The double-winning manager - who produced one of the great celebrations (see video below) - will no doubt have attracted attention from elsewhere, but with less than a week to go until kick-off he’s safely nestled in the club’s dugout, but for how long?

If the 45-year-old continues on his rapid rise then it won’t be long until a club comes calling for his services. Or maybe we could even see him switch sports after he carded a course record at Dunblane New Golf Club!

For now, the Saints have a European journey to look forward to, they’ll look to make a strong defence of both cups, and another top-five league finish will be the aim. Meanwhile, Davidson’s side can be backed at 9/1 in the betting without Celtic and Rangers.

If he can keep the band together and bolster his squad then another memorable season could be on the cards.

4. Aberdeen: From stale to scintillating?

Appointed in March, Stephen Glass was tasked with rejuvenating Aberdeen who had gone stale and toothless in attack under the long-serving Derek McInnes.

The former Dons midfielder, who previously managed Atlanta United’s reserve side, has used the summer months to recruit wisely and instil a new brand of high-intensity, attacking football.

The early signs have been promising. “That is what we are hoping to reproduce on a weekly basis,” Glass said after he watched his side batter BK Hacken 5-1 in the new Europa Conference League. “I am not crazy enough to say we will score five goals every game, although I would love to.”

Debutant Christian Ramirez was on the scoresheet, fellow new striker Jay Emmanuel-Thomas impressed as did 17-year-old Calvin Ramsay and Lewis Ferguson, who they hope will stay. Scott Brown has also been added to the ranks as player-coach.

Aberdeen have finished fourth in each of the last three seasons but can be backed at 11/8 to return to the top-three in Glass’ first season in charge, while they are priced at 10/1 to finish in the top-two.

Friday has never felt so good.

Nobody wants to get carried away, but, if that's a taste of thing to come under Stephen Glass, then buckle in. Refreshing to watch a slick and devastating Aberdeen side going forward. Pure class.

5. The two other new faces

Celtic aren’t the only club to bring in a new gaffer with Dundee United and Ross County also recruiting.

After keeping Ross County in the top-flight John Hughes left the club at the end of the season when his contract expired. In came Malky Mackay in his first full-time managerial post in six years. Mackay’s past controversies meant his appointment wasn’t exactly greeted with jubilation, so he’ll need a fast start to win over fans.

Over at Dundee United the club split ways with Micky Mellon, who returned to Tranmere Rovers. Tam Courts was then upgraded from his post as head of tactical performance. "The fans are getting an experienced manager, one who has a proven capability of winning, developing players and also being open and receptive to giving opportunities to young players as well,” he said upon his appointment.

Courts’ first game just so happened to be against Kelty Hearts, where he managed over 300 games, while he’s since bagged another three wins - all in the League Cup - meaning he has a 100% winning record so far.