Five of the biggest FA Cup final upsets in history

Ahead of this Saturday's FA Cup final between Arsenal and Chelsea, BettingOdds.com takes a trip down memory lane and looks at the odds behind five of the biggest FA Cup final shocks of all-time.

32 years ago today, Wimbledon provided arguably the biggest FA Cup upset of all time when they defeated Liverpool in the 1987-88 final. A solo effort from Lawrie Sanchez sealed an unlikely victory for a Dons side which contained the likes of Dave Beasant, Vinnie Jones, Dennis Wise and John Fashanu.

The Reds - then under the guidance of Kenny Dalglish - were the comfortably the best team in England at the time, having won the old First Division five times throughout the 80s, so many expected them to comfortably dispatch Bobby Gould's side - who had only been competing in the first-tier of English football for two seasons.

A team made up of stars such as John Barnes, Steve McMahon, Peter Beardsley and Alan Hansen were left stunned at full-time, as a spirited performance from Wimbledon saw them overcome the betting odds by winning 1-0. The Dons were given just a 5.9% chance of winning the clash just over three decades ago (16/1), and the result still goes down as one of the most remarkable in the competitions history. 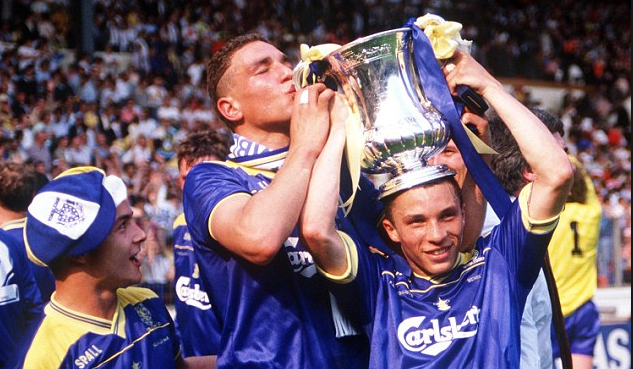 Southampton have come close to winning the FA Cup in more recent times, first back in 2003 when they reached the final but fell to a slender 1-0 defeat against Arsenal, then again in 2017 when they made the semi-final of the competition but were well beaten by eventual champions Chelsea. Indeed, there remains only one FA Cup trophy in the cabinet at St Mary's Stadium and that was obtained all the way back in 1976, when the Saints caused a huge shock by beating Manchester United 1-0.

Nobody expected the southerners to win, but as a hard-fought battle in north London meandered to its finale with scoreline poised at 0-0, there was a feeling that Southampton could perhaps go the distance. On the 83rd minute of the match, hope turned into reality as Bobby Stokes found the net to put the Saints in front. That goal proved to be the winner and Southampton were crowned FA Cup champions - the first major trophy the club ever won. Barring the Johnstone's Paint Trophy triumph in 2009-10, it has so far been the last piece of silverware the club have managed to obtain.

Led by Don Revie, Leeds United were one of the most dominant sides in English football throughout the 70s. The Whites were reigning FA Cup champions having won it in 1972 and had just finished second in the First Division, so the possibility of them losing to Second Division outfit Sunderland was not considered seriously by many.

However, a first-half goal from Black Cats midfielder Ian Porterfield sealed an unlikely win for Bob Stokoe's men, and Sunderland claimed the trophy for the second time in their history. It still remains the only piece of silverware the club have won after World War II. 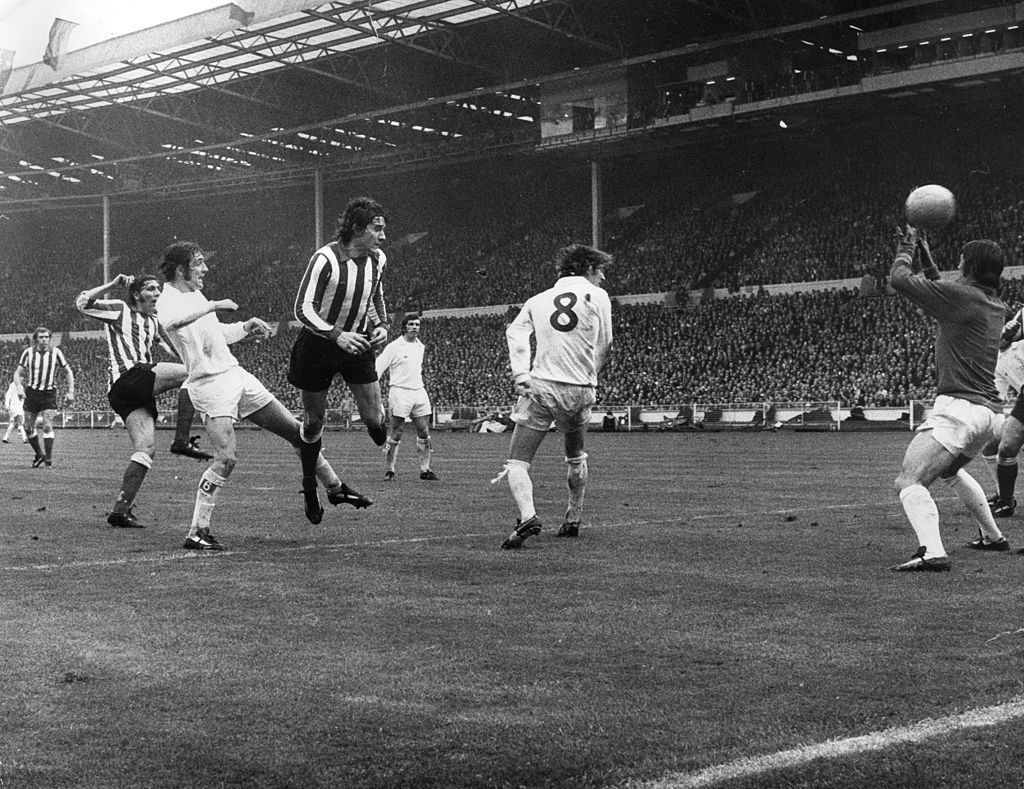 On This Day: 5th May 1973
Sunderland lifted the FA Cup after beating Leeds United 1-0 at Wembley in the final.
Ian Porterfield scored the game's only goal in the 31st minute. #SAFC https://t.co/jHwxq4vWEF

Few would have given Coventry a chance of beating Tottenham in the 1986-87 FA Cup final, but a miraculous performance from the Sky Blues saw them defy the odds to win the clash 3-2 after extra-time. Spurs were appearing in their third final in seven seasons - having won the FA Cup in 1981 and 1982 - while Coventry were appearing in their first ever domestic cup final and had just finished mid-table in the top-flight.

Tottenham's line-up, which included the likes of Glenn Hoddle, Chris Waddle and Ossie Ardiles, were expected to make light work of their opponents from the West Midlands, and even took the lead in the second minute of the encounter through Clive Allen. Coventry hit back just six minutes later courtesy of a goal from David Bennett, however, before Gary Mabbutt notched Spurs ahead just before the break.

Keith Houchen then levelled proceedings on the hour mark to ensure the game would have to be settled in extra-time or by penalties. Scorer of Tottenham's earlier goal, Gary Mabbutt, quickly went from hero to zero in the fifth minute of extra-time when he turned the ball into his own net to put Coventry in front. This proved to be the match-winner, and Coventry were awarded the trophy for the first (and only) time in their history. 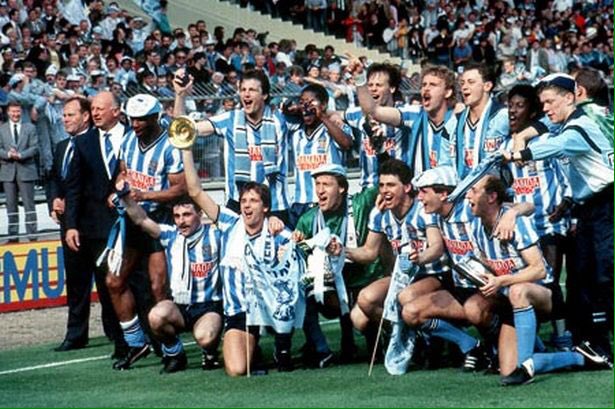 Odds-on favourites Manchester City were predicted to win the 2012-13 FA Cup final with ease considering their opponents, Wigan Athletic, had endured a poor domestic campaign and were relegated to the Championship as a result. Roberto Mancini's side had just finished runners-up behind Chelsea in the top-flight, and had some of the most talented players in the world at their disposal.

However, a team containing the likes of Yaya Toure, David Silva, Sergio Aguero and Carlos Tevez found themselves stunned at Wembley thanks to a last minute header from Latics midfielder Ben Watson, who notched the only goal of the game to seal an unlikely 1-0 win for Wigan. Roberto Martinez's side were priced up as high as 8-1 to win on the day. Amazing scenes. 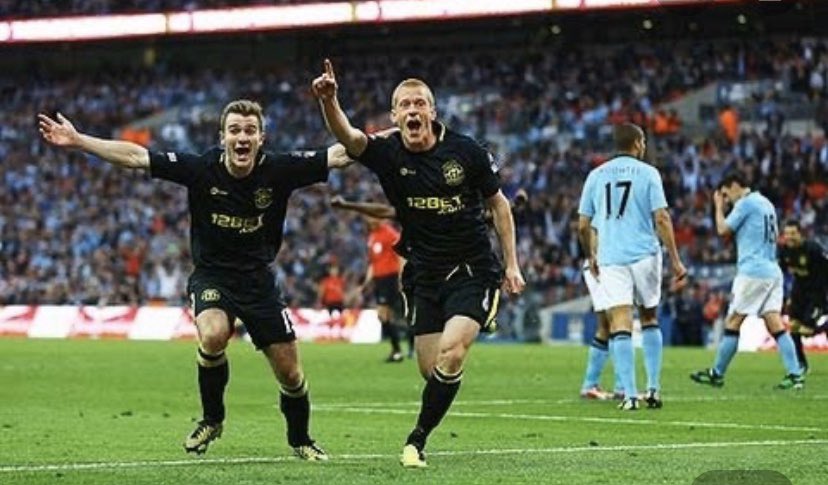