Five managers to watch in the Champions League this season

With the Champions League group stage draw set to be made tomorrow, here are our five managers to watch in this season’s prestigious European club competition:

After a miserable 14-game spell at Real Madrid, Julen Lopetegui has rebuilt his managerial reputation. During his two seasons at Sevilla, he has guided the club to back-to-back fourth-place finishes in La Liga.

In his first season, Sevilla were crowned Europa League winners in a run that saw them beat Manchester United and Inter Milan to mark the Spaniard’s first ever club honour as a manager. He also managed to finish level on 70 points with Atletico Madrid in the 19/20 campaign, with only two points separating themselves and Barcelona in third last time around.

What a journey it's been to win his first major trophy!

This Sevilla side is a real clinical outfit under Lopetegui’s guidance. They break quickly and can punish teams in fast turnovers; as we saw in last season’s Champions League when Borussia Dortmund and themselves played out an exciting 5-4 aggregate round of 16 tie.

They will tend to concede a lot of chances to their opponents which means that clean sheets can sometimes be a rarity. But high-scoring games are likely to occur with Lopetegui - a man with an uncompromising approach to style - which gives his Sevilla team great entertainment value for both fans and neutrals alike.

After an 18-month hiatus, the legendary Bayern Munich and Holland midfielder is back in the managerial hot seat - this time with German side VFL Wolfsburg.

Van Bommel had previously taken the reins at his former club PSV Eindhoven, replacing the departing Phillip Cocu who left for Fenerbahce. Those were relatively big boots to fill, with the fellow Dutchman winning three league titles during his five-year tenure.

The newbie won 44 of his 75 matches as Eindhoven boss, finishing just three points behind Ajax in his first season. However, it was a poor run of eight points from as many games into his second season that saw him sacked just before Christmas of 2019. 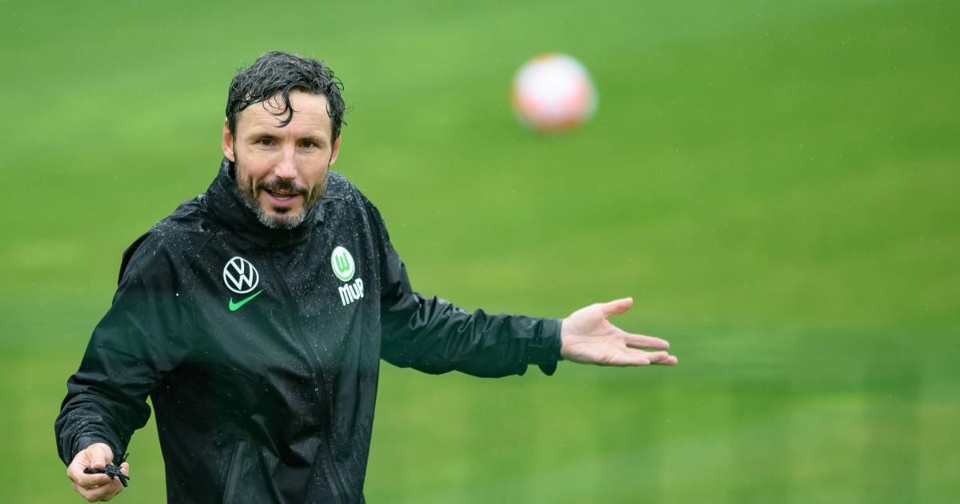 Van Bommel is back in management after 18 months out

Skip forward to now and a fresh challenge is enough reason for optimism. He’s still very much finding his feet as a coach and there is an argument to be made that Wolfsburg could be the perfect place to do so.

Managing Director Sport Jorg Schmadtke has turned the club’s recent fortunes around, crossing swords with previous managers when necessary. With a number of talented individuals in his squad including Kevin Mbabu, Josip Brekalo, Admir Mehmedi & Wout Weghorst, if Van Bommel’s big personality can shine through and not clash with the club’s structure, then you have the potential for a big “what if” scenario in this season’s tournament.

Things appear to be looking up for Manchester United and for club legend Ole Gunnar Solskjaer. Having finished second last season, the Red Devils have strengthened in key areas this summer, with the acquisitions of Raphael Varane from Real Madrid and Jadon Sancho for Borussia Dortmund.

Say what you will about Ole’s time at Man Utd but there is a definite feeling of hopefulness going into this new season. Despite the business that clubs around them have also done, you get the sense that United finally have a genuine team worthy of challenging for major honours once again.

Ole's Man Utd side is finally coming together

Ole’s European campaigns as United boss have been a real mixed bag. In his first season, they limped out from the quarter-finals of the Champions League against Barcelona after beating PSG on away goals in their dramatic last 16 meetings. The following season saw Europa League football at Old Trafford where after topping their group, they made it all the way to the semi-finals of the competition before exiting to eventual winners Sevilla.

Their 2020/21 European exploits epitomised this most, failing to reach the knockout stages of the Champions League before a convincing journey to the Europa League final saw them undone on penalties by Unai Emery’s Villarreal.

If they are to really lay down a marker, they’ll have to do so on the European stage as well as domestically. Ole finally appears to have his team playing with the kind of identity we expect from Manchester United, which when coupled with the more well-rounded squad they have this time around, the Reds could be a real force to be reckoned with on the big stage.

Gasperini has been around the block in Italy, managing five different clubs, including two separate spells at three of those teams.

It’s been a very impressive turnaround from Gian Piero Gasperini during his five seasons at Atalanta so far. 10 years ago, the Italian outfit were a Serie B side, having been relegated from the top tier after three mid-table Serie A finishes. Now, they’re a team that have gone from looking to avoid relegation each season to playing European football regularly and challenging across all domestic competitions.

For Gasperini, he boasts three consecutive third-place finishes in his last three seasons, following 4th and 7th placed entries before that. During their 18/19 campaign, their performance meant that they qualified for the Champions League for the first time in their history.

Throwback to Atalanta head coach Gian Piero Gasperini showing off his dance moves after his side advanced to a first-ever Champions League quarter-final 🕺 https://t.co/2ngkfMwFlD

He’s a manager known for his fluidity and hyper-offensive system which has paid dividends on some big occasions for them both in Serie A and the Champions League. Last season in the UCL, despite losing 4-1 vs Real Madrid in the knockout stages, they were extremely unfortunate not to progress.

In just their third taste of European football at the highest level, there is room for improvement on their 19/20 quarter-final journey. It feels like the sky really is the limit under Gasperini, given the fact that he’s such an idealistic boss and has already managed to deliver tangible evidence of progression under his stewardship.

After things didn’t exactly go to plan in charge of PSG and Arsenal, the tide seems to have finally turned for Unai Emery. He enjoyed a positive campaign in his first season at Villarreal last term, first breaking the club’s 18 match unbeaten record after a 1-1 draw with Athletic Bilbao in December last year, before making further history by steering them to their first ever Europa League final and Europa League trophy - besting Giovanni Trapattoni’s record of the manager with the most Europa League final wins (4) simultaneously.

This is why we love football 😍

During this time, there was a lot to like about his Villarreal side. They’re a dogged outfit who have reaped the rewards of Emery’s pragmatic approach. While his style was not suited to his time in England or France, La Liga and the two Spanish teams he’s taken control of have suited him down to a tee.

Villarreal’s seventh-place finish doesn’t concern me too much in relation to how they may fare with their return to the Champions League. A hefty European run is enough of a reason for a shaky end to last campaign, while I’ve seen enough evidence in their ability to frustrate top opponents (see Chelsea in the Super Cup and Manchester United in the Europa League final last season) to believe that Emery can surprise a few this season when his team take to the UCL stage for the first time in 10 seasons.