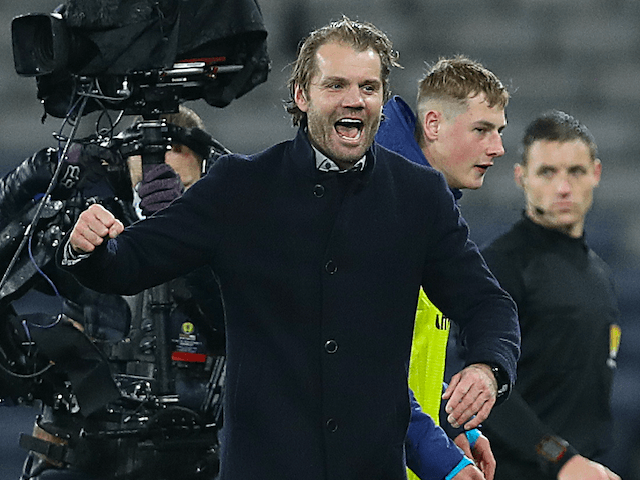 Robbie Neilson has enjoyed an unbeaten start to the season with Hearts
By Jack Kitson
09:00 Wednesday 17th August 2022 - 4 minute read

Hearts travel to Switzerland for the first-leg of their Europa League play-off against FC Zurich on Thursday at 6pm (BBC Scotland / iPlayer). It’s been six long years since The Jam Tarts last competed in European football, meaning Robbie Neilson's men will be eager to make up for lost time as they bid to boost their chances of making it through to the group stages by taking a result back to Edinburgh. There's certainly reason to believe they can do just that, reflected in our two tips below...

Hearts fans will need no reminding of the last time their side played in Europe. Rewind six years to when the club suffered a shambolic exit at the hands of Maltese side Birkirkara, who they failed to beat in either leg, losing the second at home 2-1.

Fast-forward to the present and Hearts will have another stab at Europe after finishing 3rd behind Celtic and Rangers last season. The Scottish side head into their play-off tie in high-spirits following a three-game unbeaten start to the season, which includes a 4-1 tonking of Dundee United last weekend.

Hearts, bidding to reach the group stages for the first time since 2004/05 when it was the UEFA Cup, face an FC Zurich side struggling to replicate the form they showed en route to winning the 2021/22 league title - their first since 2009 - which ended a dozen years of Basel and Young Boys dominance.

Zurich have failed to win any of their opening league games and were defeated by Qarabag in the Champions League qualifiers, although they made light work of Linfield in the Europa League qualifiers; winning 5-0 on aggregate.

When the draw was made, I admittedly didn’t hold out too much hope for Hearts against the reigning Swiss champs, who won the title in such convincing fashion last season. However, on closer inspection, Hearts have multiple reasons to be optimistic heading into the first-leg.

Not only are Zurich not playing in their own stadium - the match clashes with a concert meaning the game has been moved 80km over to St Gallen - but their form has been extremely inconsistent: two wins from nine games this season. Domestically, they’ve had a shocking start, having failed to win win any of their opening five league games, losing three times, scoring just once and conceding 10.

Meanwhile, Hearts have seven points on the board from three Scottish Premiership games, which would be three wins from three if they hadn't let in an injury-time equaliser to rivals Hibs. Confidence is high, their form is decent, and new signing Lawrence Shankland has two goals in three games.

Hearts have an excellent opportunity to banish the humiliating memories of six years ago by claiming a result upon their return to European competition, which is why I’m backing them at 11/10 in the double-chance market.

Next up we're backing Hearts to take the lead in the first-leg, a bet which has landed in all three of their games so far this season.

In contrast, Zurich have been caught napping in five of their nine matches this season, including four of their five domestic ties. They've conceded 15 goals already this term, conceding five goals in their last three home games.

Hearts can take full advantage of Zurich's poor starts, inconsistent form, and the fact they aren't playing in their home stadium, with the 9/5 on offer with Betfair an attractive price for the visiting side to break the deadlock on Thursday night.