This summer we watched open-mouthed - in a combination of shock and bemusement - as multiple Premier League clubs tried - and frequently failed - to appoint new managers.

To everyone’s relief all 20 top-flight clubs now have bosses at the helm ahead of the new season, which kicks-off in just three weeks.

In case you needed a reminder following a few exhausting and topsy-turvy months:

We hope that the above managerial quartet are now at their respective new clubs for some time, although Vieira already features as the joint-favourite to suffer the ignominy of becoming the first Premier League manager to leave odds (6/1).

Where each Premier League manager stands in the Sack Race

The Premier League was by no means the only major European league to experience (endure) managerial upheaval.

In fact, while the recruitment process was a farce in many Premier League cases, the number of changes in England’s top-division were minuscule compared to some of their European contemporaries.

With so many successful and high-profile characters located within Italy’s borders, the Serie A Sack Race promises to be absolutely captivating next season.

Also, in case you were wondering, Mourinho’s Roma are 18/1 shots to win the Scudetto. 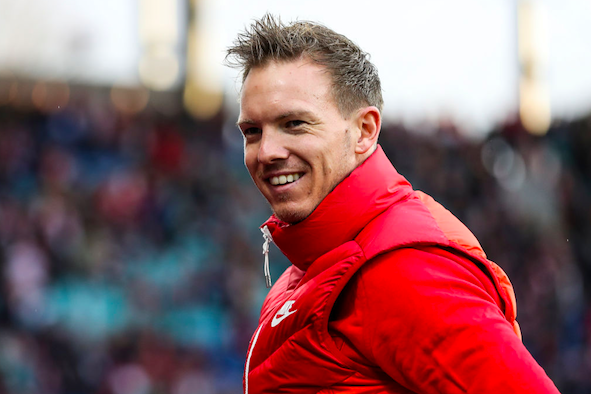 Remarkably, each of Germany’s top-six clubs from the 2020/21 season now have a new manager in the dugout for the upcoming campaign. You could actually stretch that statistic to seven of the top-eight, with only Union Berlin keeping hold of their incumbent Urs Fischer.

After a phenomenally successful 18 months at Bayern Munich - where he won as many trophies as games lost in 90 minutes (seven) - Hansi Flick was eventually lured off to international arena with Germany.

It was first announced an age ago, but Marco Rose is now officially in at Borussia Dortmund. Adi Hütter replaced Rose at the BVB, his Frankfurt post was taken by Oliver Glasner, who himself was succeeded at Wolfsburg by former PSV boss Mark van Bommel.

Gerardo Seoane was appointed at Bayer Leverkusen and 1. FC Köln have named Steffen Baumgart as their new boss.

Elsewhere, it’s great to see Christian Streich prepare for his eleventh season in charge of his beloved Freiburg.

In France’s Ligue 1 there have been eight changes in the dugout.

At one point betting was even suspended on Mauricio Pochettino switching PSG for Spurs! One day in the future perhaps.

It’s been slightly quieter in Spain, where four clubs will start the 2021/22 season with a new name at the helm.

Most notably Real Madrid, who welcomed the return of Carlo Ancelotti after Zinedine Zidane decided to leave for a second time.

It will be interesting to see how Jose Bordalas gets on at Valencia, while Diego Martinez opted to leave Granada after a very impressive three-year tenure.

Rumours were flying, but in the end Ronald Koeman managed to cling hold of the Barcelona job. Lionel Messi is staying too.