The odds for which player will claim the coveted Golden Boot award at Euro 2021 have now been released, and there is a familiar face leading the way at the top of the betting.

England captain Harry Kane is the current bookmaker favourite, with BetVictor offering odds of 6/1 for the Tottenham front man to repeat his exploits at the 2018 World Cup and outscore his fellow professionals during the tournament, which kicks off next June.

The 27-year-old’s heroics saw him join Gary Lineker as England’s only other Golden Boot winner, and boosted his stance as one of the world’s greatest strikers. It is, then, little surprise to see Kane emerge as the favourite in the exciting Euro 2021 top scorer betting market, especially given his start for Spurs this season.

The Walthamstow-born forward has chipped in with seven goals and eight assists for Tottenham, as the north London outfit have surged to second in the top-flight standings following an impressive start. Should he remain injury-free and this early form continue, then you’d have to feel extremely confident in Kane’s ability to make it back-to-back Golden Boot awards in major international tournaments next summer.

He will face stiff competition, however, with the likes of seasoned goalscorer Cristiano Ronaldo to contend with, who is a 10/1 shot in the market. Euro 2021 could well be the Portugal captain’s final showing at the European Championships, given he will be almost 40 by the time the next one rolls around in 2024.

Ronnie is showing no signs of slowing down despite his ageing years, though, and last week scored his 102nd international goal for his country during a 7-0 demolition job on Andorra. Indeed, the former Real Madrid man has now scored 50 goals since turning 30 and appears to be ageing like a fine wine; expect him to be itching to go at Euro 2021 to make up for missing out on the Golden Boot in 2018.

France’s Kylian Mbappe firmly established himself at international level in Russia, helping Les Bleus to their first World Cup triumph since 1998. The PSG forward, who was only 19 at the time and will be just 22 next summer, lit up the tournament with a string of dazzling individual performances for his country, and finished with a hugely impressive four-goal haul when all was said and done as well as the trophy - not a bad return from his first World Cup.

Mbappe is one of the most talented front men in world football despite his tender age, but already has World Cup experience and has become accustomed to winning trophies with Paris Saint-Germain in Ligue 1. He is, like Ronaldo, 10/1 in this market but I firmly predict that price to shorten from now until the tournament begins should he enjoy another promising campaign in front of goal at club level. With 16 goals in 38 appearances Mbappe is almost averaging a goal every other game for France - pretty impressive considering he wasn’t even born when France won their first World Cup 22 years ago.

One player that has immediately caught my eye in this market is Belgium’s Romelu Lukaku, who is also priced at 10/1. The Inter Milan striker looks a player totally transformed since departing Manchester United and signing for the Italian giants last summer, netting an astonishing 41 goals in just 59 appearances for the San Siro outfit. Clearly full of confidence, Lukaku’s form in front of goal has been just as impressive for his national side.

The former Everton forward is already Belgium’s all-time leading goalscorer having scored 55 goals in 88 appearances for the Red Devils, and averages 0.62 goals per game in international football - more than Cristiano Ronaldo, Lionel Messi and Robert Lewandowski. He has also now scored 15 goals in his previous 13 international appearances, with his most recent coming in the form of a brace against Iceland in October.

With all things considered, I think that Lukaku could be a great shout in this market, especially considering he plays in a side which creates so much in the final third with the likes of Dries Mertens, Thorgan Hazard and Kevin De Bruyne supporting him from midfield and out wide.

However, if you’re looking for a selection at bigger odds for a potential each-way bet, then Poland’s free-scoring Robert Lewandowski is a 33/1 shot, while Germany’s Leroy Sane and England’s Marcus Rashford are both priced at 40/1 with BetVictor. 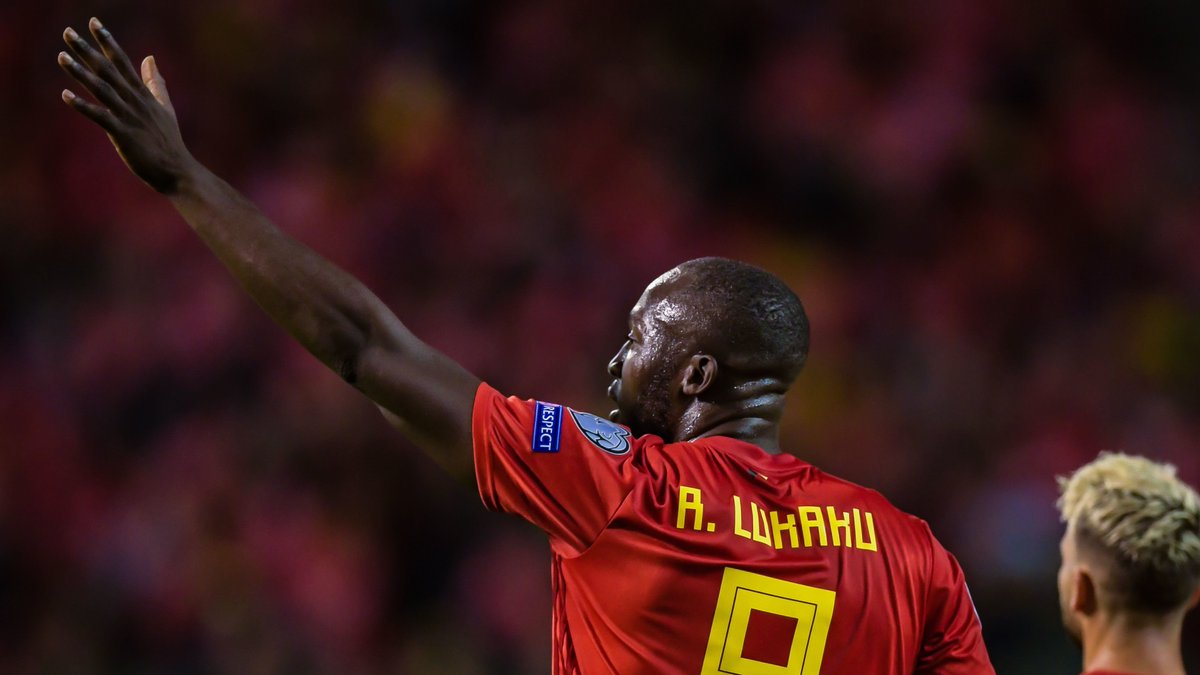