Euro 2020: Who should England take between the sticks? 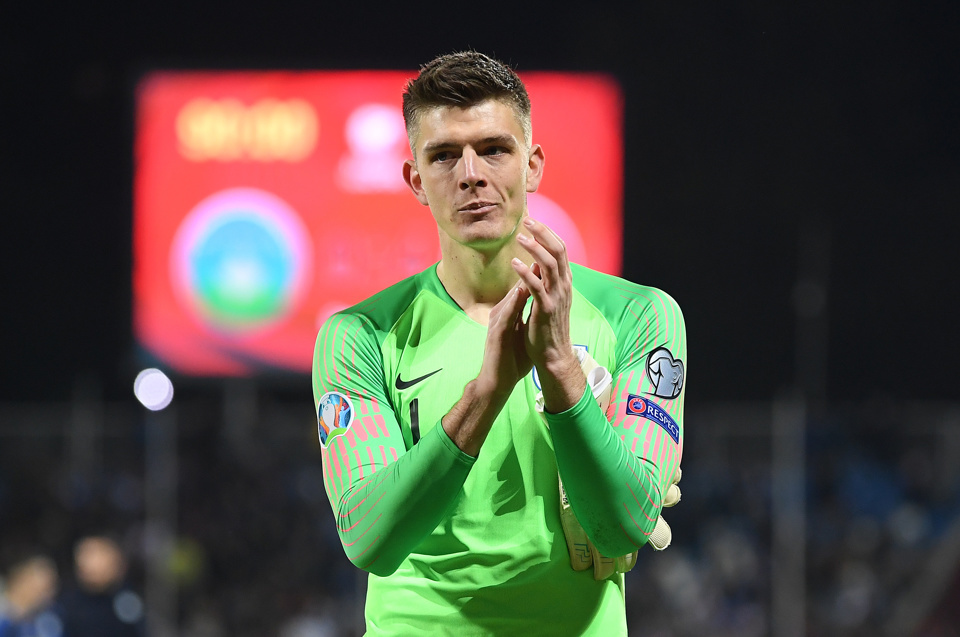 With the European Championships edging ever closer, there are now huge question marks surrounding England’s goalkeeping situation ahead of the tournament. Current number one, Jordan Pickford, is underperforming for Everton at the moment which has left the starting goalkeeper’s position a little up in the air.

So, who should line up between the sticks for the Three Lions if Pickford is dropped by manager Gareth Southgate?

Betting Odds have analysed four keepers’ chances of selection this summer, and offered our opinion on who we’d start based on their current form and performances this season.

With Tom Heaton ruled out for the rest of the season after rupturing his ACL on New Year’s Day, his former teammate at Burnley - Nick Pope - will now step up as Jordan Pickford’s deputy at Euro 2020. The twice capped England international has been in good form for the Clarets this term, keeping eight clean sheets in the Premier League. Pope’s recent performances have led to many tipping him for international stardom and, currently, the 27-year-old seems like a safer bet than Pickford.

Pope has learnt from two experienced international goalkeepers at Burnley. First Tom Heaton before his departure to Aston Villa last summer and now Joe Hart, who is his current understudy at Turf Moor. It’s clear that both have been a hugely positive influence on the ex-Charlton shot-stopper in recent seasons, and could well be the reason that he secures the No.1 spot in Southgate’s XI this summer.

One of the most impressive young goalkeepers England have at their disposal is Manchester United’s Dean Henderson - currently on loan with Sheffield United. Much like Pope, Henderson has massively impressed this season, keeping eight clean sheets as the Blades have taken the Premier League by surprise with their continuously impressive displays. The South Yorkshire side currently sit 8th in the top-flight, which is largely thanks to Henderson’s performances in goal.

The 22-year-old is yet to be capped at senior international level, though he does have a wealth of experience in the Three Lions set-up having represented the country at youth team level through to the U21s, where he’s won 11 caps for Aidy Boothroyd’s side. Henderson was called up to Gareth Southgate’s senior squad back in October after Tom Heaton withdrew through injury, but did not feature against the Czech Republic and Bulgaria. He will most likely get his chance in March, however, when England face Italy and Denmark in warm-up matches in preparation for Euro 2020.

Before Christmas, this would have been a totally rogue shout. Southampton have struggled for large parts of this campaign and looked destined for relegation just three months ago, paying rent in the bottom-three whilst getting hammered 9-0 by Leicester City at home. Things were even worse for Alex McCarthy, who found himself behind Angus Gunn in the pecking order at St Mary’s, seeing minutes come at a premium.

Wind on a few months, though, and McCarthy has regained the No.1 shirt in Hampshire and his displays for the Saints have helped the club move to 9th in the Premier League. With Heaton ruled out of action for the foreseeable future, McCarthy could be presented with the opportunity to add to his solitary England cap this summer, should he continue to impress from now until the end of the season.

This last selection is a very interesting one. Fraser Forster has six England caps to his name but would never have dreamt about adding to those just a season ago. After becoming frozen out at parent club Southampton following the arrivals of Alex McCarthy and Angus Gunn, Forster became a regular fixture on the Saints’ bench, so thoughts of an England recall became slimmer and slimmer as time dwindled on. However, after joining former club Celtic on a season-long loan in the summer, Forster has looked a player reborn at Parkhead.

The 31-year-old has kept 12 clean sheets for the Hoops (all comps) as they push for their ninth consecutive SPL title this season, proving that he still has plenty to offer at both club and international level. It has to be said that Forster is competing in a much weaker league than the other players mentioned in this article, but if you are basing selection off form alone, he has to be considered for England this summer. At staggering odds of 50/1, Forster could be worth an outside bet.