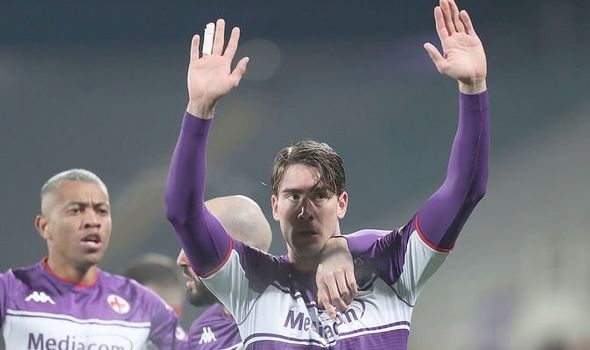 Part of the next generation of superstar strikers, Dusan Vlahovic is arguably the hottest property in the world when it comes to number 9s, after a certain Erling Haaland. At just 21 years of age, the Serbian’s ridiculous scoring ability has begun to draw links to Europe’s biggest and best clubs, with his link to Arsenal gaining traction every day.

Vlahovic became just the second player after Cristiano Ronaldo to score 31 goals in a single Serie A calendar year (2021). He’s scored an incredible 17 goals in just 21 league games this season, averaging a goal every 109 minutes, and with top strikers proving hard to come by these days, we’ve taken a look at his next club odds, and which transfer would make the most sense for him.

To start off on a dull note, the bookmakers' have Vlahovic priced as the 2/5 favourite to stay in Florence. But, don’t let that get your hopes down! We’ve seen plenty of shocking moves in the January window in the past, and there’s still potential for this one to happen. Obviously Vlahovic has an emotional connection to La Viola, the club who gave him his big break in one of Europe’s top five leagues. His form over recent months however, may mean that he has out-grown Fiorentina, and a move to a huge club seems to be just on the horizon.

The favourites to sign the formidable Vlahovic, are Mikel Arteta’s Arsenal. Gunners fans around the world are so excited for this transfer to potentially happen, that they’ve had Vlahovic’s name trending on social media over the last few days. With Pierre Emerick-Aubameyang looking set to leave the club, and Alexandre Lacazette’s contract running out, Arsenal are looking for a big name forward to take them into a potentially new era at the club.

With the likes of Saka, Odegaard, Martinelli, Smith-Rowe and more supporting him, Vlahovic could have an endless supply of chances at the Emirates, and the transfer makes perfect sense from a logical perspective. But, as we know, Arsenal’s owners can be quite funny with their money, with their last big-price signing Nicolas Pepe not working out as planned; They may end up being a big road-block in any potential transfer.

Next up, we have Antonio Conte’s Tottenham. Spurs have been looking for a backup/replacement for Harry Kane from the moment he broke onto the scene, and have had some horrifying experiences in the past (Roberto Soldado). Whether a potential superstar like Vlahovic would be comfortable playing second fiddle to Kane remains to be seen, but the attraction of Antonio Conte and the work he’s recently done with strike partnerships at Inter would be an interesting one. Another thing to ponder is if Kane would still be looking to move at the end of the season, freeing up the central striker position all for Vlahovic. Personally, I think the 5/1 looks a short price, and more like wishful thinking from Tottenham fans/punters.

Despite their dominance of domestic football, there’s always been a lingering feeling over Man City for the last couple of seasons that they need a new striker. Having seen club legend Sergio Aguero leave, and Gabriel Jesus slowly transitioning into more of a wide player role, there seems to be a big hole in the middle that is at times crying out for a natural finisher.

Obviously City haven’t struggled without, but Pep Guardiola himself has spoken out about the club needing to sign a new star striker in the past. However, reports suggest that the Blues will focus all their efforts on Erling Haaland this summer, meaning that Vlahovic is likely to slip through their fingers. 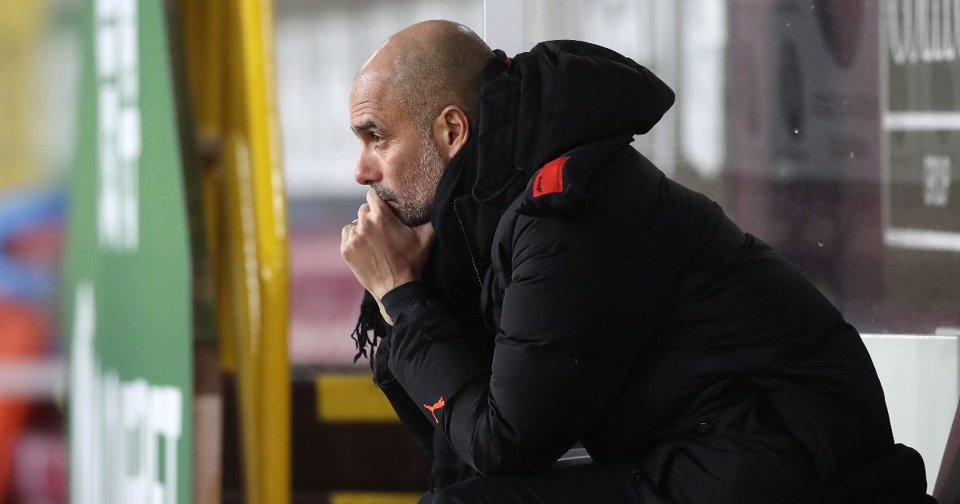 Could Vlahovic be the striker Pep's looking for?
Today's Tips

Next up, we have The Old Lady, Juventus. After nine league titles in a row, Juve are once again struggling this season in Serie A, after a disastrous season last time out. With Alvaro Morata linked with struggling Barcelona, and Cristiano Ronaldo having left last summer, Juventus are crying out for a star-studded striker to lead them again.

The history of strikers at the club is as rich as any in the world, and the prospect of adding his name to that list could be a promising one for Vlahovic. Personally I believe the Serbian is ready for a challenge in a different league, but if Juve were to promise him Champions League football, his head could still be turned.

Finally, we have the world’s richest club, Newcastle. I’m going to come right off the bat here and say this isn’t going to happen unfortunately Toon Army. I’ve no idea why the price is currently at 11/1, as there’s more chance of me managing to swoon Rihanna, than there is of Dusan Vlahovic moving to the North East. Obviously the big number 9 would have to require astronomical wages to even consider the thought of joining a relegation battle, but the prospect of playing in England’s second tier next season will be one that means Vlahovic most likely wouldn’t entertain this.

Where do you think Vlahovic will end up this season? Let us know on our Twitter…