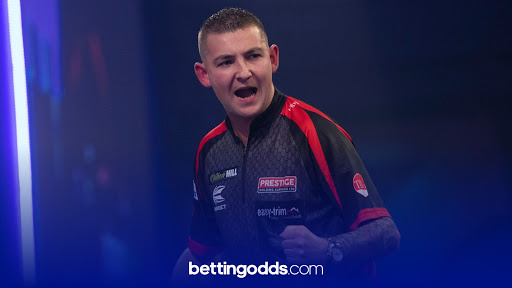 The World Matchplay kicks off this weekend, and we've got three key tips for the action
By Charlie Zazzera
13:46 Tuesday 14th July 2020 - 4 minute read

The PDC have led the way with sport innovation during the pandemic with the thoroughly entertaining Home Tour which saw Gary Anderson struggle to start due to bad wifi and the first ever recorded 9-darter from Luke Woodhouse’s kitchen.

Luke Woodhouse lights up the PDC Home Tour with a stunning 9 dart finish...in his kitchen! 🏠

We’ve also been treated to the PDC Summer Series where all 128 Tour Card holders were given a chance to compete in five one-day Player Championships. Van Gerwen returned to action to win Day One and Three, Ryan Joyce winning his maiden title on Day Two, James Wade cancelling out Rob Cross’ 9-darter on Day Four and Peter Wright ending on top of the rankings after winning on the final day.

But now for the real deal, a chance for 32 of the best players in the world to battle it out for arguably the second biggest trophy in darts, The “FA Cup of Darts” The World MatchPlay. Reigning champion Rob Cross will be looking to become only the fourth man to retain the title but has been given a tough draw against German Gabriel Clemens in the first round.

MVG will play on the opening night this Saturday against Brendan Dolan while world champion Peter Wright faces debutant Jose De Sousa on Sunday. There’s no shock to see Might Mike head the betting with a 38% chance of winning a hat-trick of Matchplays, Peter Wright 2nd fav at 6/1 with the boisterous Gerwyn Price muscling his way into third favourite. We’ve got three tips to set you up for a fantastic week of darts…

First up I’m looking to start the tournament off with a bang by backing Ryan Joyce to beat Simon Whitlock in the curtain raiser. Ryan Joyce is buzzing at the moment by winning his first PDC title in the form of the Summer Series last week after beating Glen Durrant, Gary Anderson and making an incredible comeback from 7-3 down to beat Dave Chisnall in the final and scoop £10,000.

In his Matchplay debut he faces Simon Whitlock who hasn't managed to get past the third round of any of last week’s five Player Championship. He’s still having nightmares of his World Championship 8-0 whitewash at the hands of Joyce in 2018, who made the quarters in his Worlds debut and at 11/10 the Geordie looks fantastic value. £10 returns £21 and you’ll have a nice pot to play with for the rest of the tournament.

Stockport’s finest Nathan Aspinall just keeps on getting better and better and with Betfair being best price at 10/1, we’re backing him to add to his recent trophy haul and claim the Phil Taylor trophy. Looking at the winners market and thinking about how the players will react without the crowd I think The Asp is the best suited, he’s a cold bloody killer and unlike MVG or Price does not need a crowd to get him going.

He proved this when winning the inaugural Home Tour from his kitchen and will be looking to add to his UK Open and US Masters victories with what would be his biggest win yet. He’s been in decent form winning 14 of the last 18 and only missed out on winning his ninth PDC title against Peter Wright on Day Five of the Summer Series. As short as 8/1 with 888, make sure you head over to Betfred for the 10/1 value. 11/2 to reach the final with Betfred is also a decent bet. 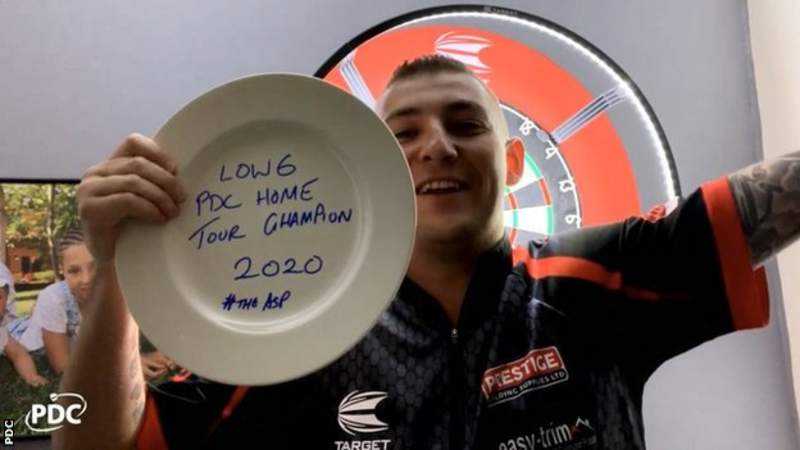 "It's permanent marker so it's going in the bin after this."

Nathan Aspinall made a trophy out of a dinner plate to celebrate winning the PDC Home Tour title.

Finally I’m backing the Polish Eagle to soar into the Matchplay Final at 14/1 with Betfred. Krzysztof Ratajski's brilliant form has helped him rise in the qualification rankings from 15th to 13th, which means he’ll avoid Van Gerwen in the second round.

He should have enough to beat Jermaine Wattimena in the first round and will then meet either Rob Cross or Gabriel Clemens in the second. Judging by recent results he’s the most in-form player of the four and once he makes it into the quarter finals, if he plays at the level he can he can beat anyone. That’s 14/1 just to reach the final or each-way which I definitely think is worth a few quid.

Premier League Darts 2022 Night 2 Odds as BettingOdds.com preview the action from Liverpool and offer up their…