Cross Game Shots on Target Tips: Kieffer to add Moore to his tally at Loftus Road 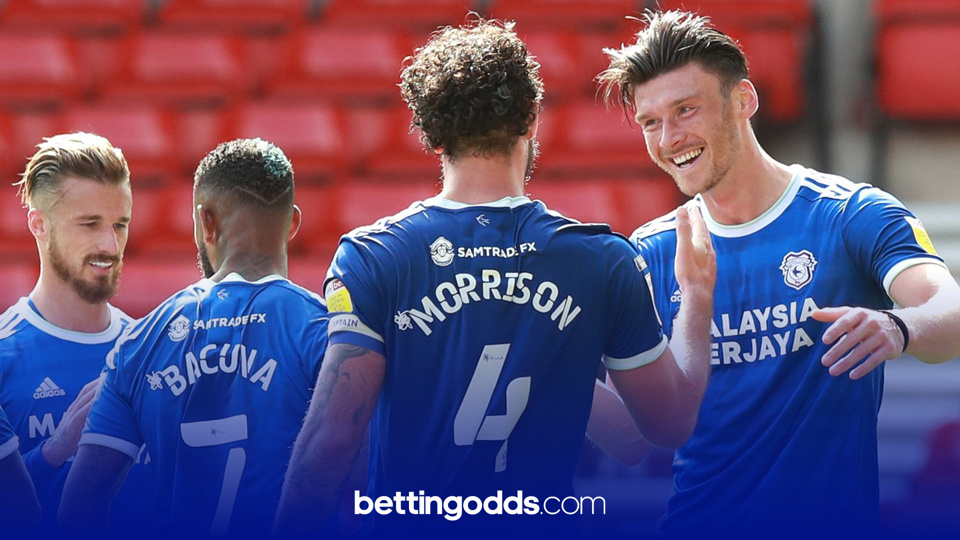 @JJValueHunter sniffs out the cross-game value in the shots on target market for Saturday's matches in the EFL Championship, bringing you three football betting tips which combined pays a whopping 475/1 with Betfair.

It was perhaps a surprise that Norwich managed to hold on to Cantwell this summer but he hasn’t let any talk of a potential move affect his performances this season, with two man of the match performances in his five starts so far. He wasn’t too impressive against Brentford midweek when he was hauled off at half time but the two previous matches he had managed a combined 9 shots, so quotes of 17/2 on him to have 2 or more shots on target looks a more than fair price, up against a Bristol City side who are missing plenty of first team players through injury this weekend.

Kieffer Moore is a player whose career has really set alight over the past 12 months and he’s hit the ground running with Cardiff this season too, with three goals in his first seven starts for his new club. The 28-year-old has averaged three shots per game when he's started this season and he’s up against a QPR side where confidence is likely to be very low given they haven’t so much as scored in their past four games. Moore thrives on delivery into the box and with the recent signing of Harry Wilson, and the technical quality he possesses I think we could see a really good partnership develop. Moore is 4/1 for 2 or more shots on target this weeks and i think that’s a sound play.

Finally, Kasey Palmer has been a player whose shown huge potential for many years but hasn’t quite hit the heights that were initially expected, but if any manager is going to get the best out of him it's Steve Cooper, who is slowly building an exciting youthful side with Swansea. He came off the bench to score against Stoke in midweek and has surely done enough to warrant a start this weekend. Swansea’s two strikers both work the channels well and rely on players getting in the box from deep which will really suit Palmers game; he’s a huge 9/1 for 2 shots on target here which is a price I am more than happy to take.