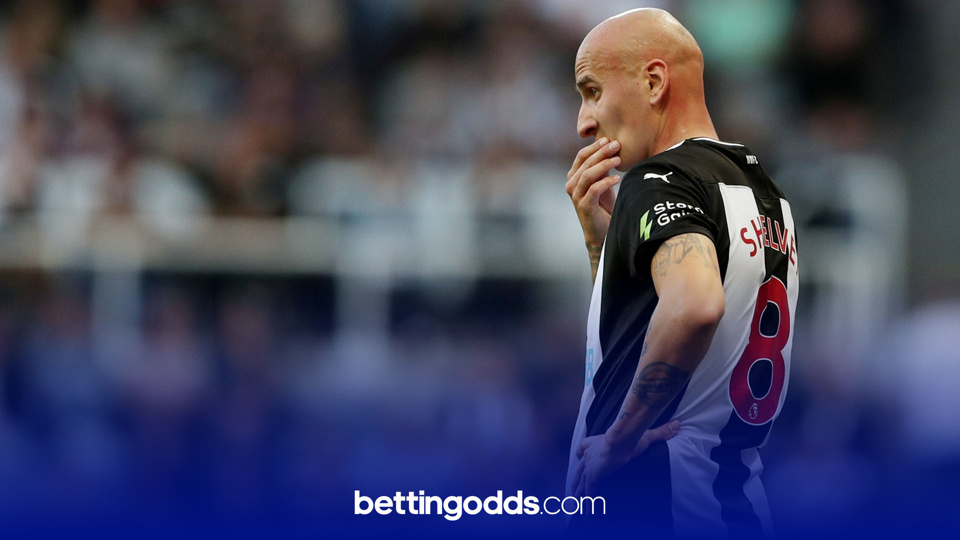 The early fixture between Everton and Newcastle certainly looks one-sided but i'll have to be swerving the Toffees in the shots market this time round. They’ve been very lucky of late as they’ve been outshot by their opponents in all of their last 7 Premier League fixtures despite taking a remarkable 16 points in that period. On the other hand of the fortune scale, Newcastle were very unlucky not to get anything against Leeds after racking up a remarkable 22 shots (5 on target) to Leeds' 9 (2 on target).

One player who managed 4 shots that night was Shelvey and he’s my preferred selection here at 5/2 for one shot on target, which looks around double the price I was expecting. Newcastle have had an extra day's rest so they should be fresher and with Saint-Maximin back I can see him potentially winning a few free kicks too which will likely provide Shelvey with prime opportunities to hit the target.

Moving on to the Etihad where Man City have really struck form of late and the man of the moment, Ilkay Gundogan, was going to be my play but his shot prices have shrunk dramatically, he’s still 6/4 to score which I may consider especially as he has 7 goals in his last 8 starts and may even be on penalty duty given City’s woes from the spot this season.

The selection I am going for though is Joao Cancelo, though. He’s been phenomenal of late, even though he’s a full back he seems to spend half his game as an attacking midfielder and he’s racked up an impressive 8 shots (4 on target) in his last 3 PL starts, so the 12/5 and 16/1 available on 1-2 shots on target versus the league's bottom club is a massive price and one I can see shortening up somewhat before kick off.

Saturday's final game is a mid-table clash but it features two of the most over-achieving sides so far this season. Southampton have a host of injuries to contend with here though whereas Villa have a virtually full strength squad to select from. I’m definitely going to side with the away team here as you can be pretty sure they will take the game to the Saints from the outset.

Barkley at 6/5 and 13/2 and Grealish at 11/1 and 6/1 both appeal in the 1 and 2 shots on target markets given the positions they take up and the fact they operate in two of the areas where Southampton are missing key players. I am just sticking with the regular shots market though as Aston Villa are averaging 15 shots per game this season, so the fact we are getting 13/10 for just 13 shots is a price I’m willing to take. Also 18 shots at 12/1 looks worth a few quid too given it’s landed in 7 of their 18 games this season, including in the reverse fixture.