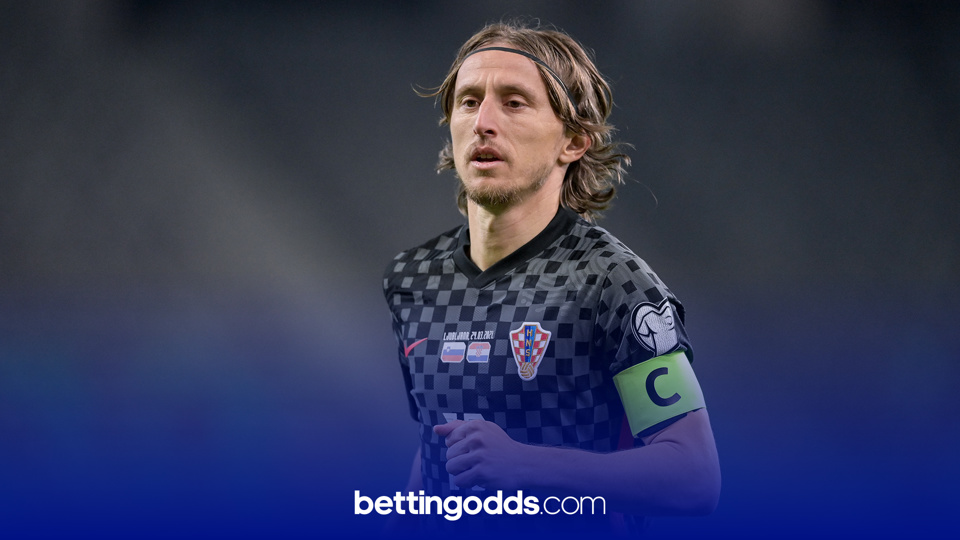 Croatia Euro 2021 Tips and Betting Odds: Modric's men will be looking to cause another upset
By Callum Pragnell
16:31 Wednesday 14th April 2021 - 6 minute read

Croatia are an interesting proposition ahead of Euro 2021. Just three years ago they shocked the world by reaching the World Cup final but since then they have been fairly underwhelming, enduring a poor Nations League campaign in 2018/19 where they failed to reach the finals after winning just one of their four group games.

They do have players like Luka Modric, Andrej Kramaric, and Ivan Perisic - each of whom have the ability to change games within the blink of an eye - and will certainly be the biggest threat to England in Group D, especially after their exploits in Russia. However, it is hard to imagine them going too far in the competition with so many strong teams present.

I do fancy them to qualify to the last-16 as Group D runners-up, which would most likely see them play either Sweden, Poland or Slovakia (Group E runners-up), and I'd back them to beat either of those three teams if that does prove to be the case, but feel that their journey will probably end should they meet a big-hitter in the quarter-finals.

It goes without saying what an important player Luka Modric is for Croatia. The 2019 Ballon d'Or winner is his country's most capped player with a huge 136 appearances (17 goals) to his name and was the driving force behind their incredibly successful campaign at the 2018 World Cup, where they reached the final. Modric brings a touch of class to this Croatia side, controlling the tempo of games and distributing possession flawlessly in the centre of the park. Now 35, the Real Madrid technician is closing in on retirement, but he will still play a huge part for The Chequered Ones at what will most likely be his final European Championship escapade.

Andrej Kramaric has well and truly put his name on the map this season, firing in 19 goals for Hoffenheim in all competitions. The 29-year-old marksman will lead the line for Croatia at this summer's tournament and be relied upon heavily to find the net at the top end of the pitch alongside Ivan Perisic. He is a 100/1 shot in the Euro 2021 top scorer betting as things stand, and if you fancy an each-way flutter on a bigger-priced outsider, then this could be your man after looking at his consistency at club level in 2020/21.

CSKA Moscow's attacking-midfielder Niko Vlasic is another player who has enjoyed a fine campaign this time out, notching 14 goals for club and country combined. The 23-year-old is a rising star for Croatia and will most likely be subject to a big-money move in the not so distant future and a good tournament this summer will only enhance his chances of a huge club signing him. Certainly one to keep and eye out for.

Croatia have an extremely experienced squad made up of a lot of seasoned pro's, therefore there is a stark lack of young blood among the current crop. However, 22-year-old Josip Brekalo - who is already a regular in the senior national XI - is a hugely promising player who looks to have a huge future ahead of him.

The Wolfsburg midfielder has scored eight goals for club and country this season (three assists) and is a really exciting prospect ahead of this year's European Championships. Since his debut for the national team back in 2018, Brekalo has provided five assists and four goals in just 22 outings! There is a lot to be excited about where this mature young player is concerned, and I am really looking forward to seeing how he fares this summer.

Croatia can be found at 40/1 in the Euro 2021 winner betting market, although a lot of bookies are pricing them up at a much shorter 25/1. They do have a number of really talented players in their squad and proved that they are not to be overlooked by reaching the final of the 2018 World Cup, so it will be interesting to see how they perform three years later at Euro 2021.

Croatia are second-favourites to win Group D behind England at 7/2, ahead of both the Czech Republic (12/1) and Scotland (16/1) in the betting.

They are 3/10 to qualify to the knockout stages at the end of June, and with a strong squad at their disposal you would expect them to do just that as they are definitely one of the strongest teams in Group D.

Croatia's manager is Zlatko Dalic, who has coached the national team since 2017, guiding them to the  World Cup final in 2018 after knocking out England in the semi-finals, eventually losing to France.

Prior to his appointment as manager of Croatia, Dalic had spent the most part of his career in the dugout coaching in the Middle East with Al-Faisaly, Al-Hilal and Al-Ain.