Championship Betting: The most profitable teams to follow this season 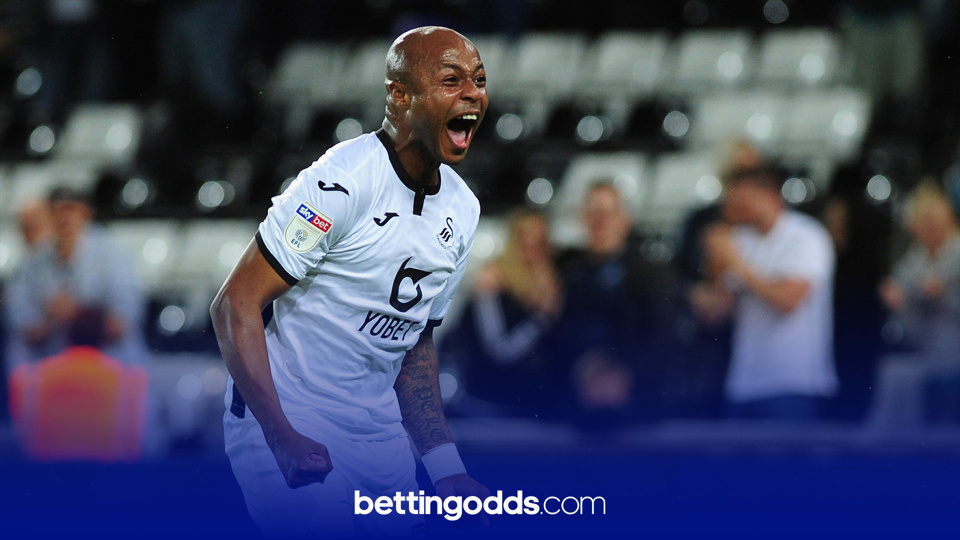 Andre Ayew has scored nine league goals for Swansea have been the most profitable club to back in the Championship this season
By Anthony Eadson
17:29 Tuesday 23rd February 2021 - 4 minute read

The Championship is traditionally one of the toughest league’s to predict, with many games being decided by a one goal margin. Here at BettingOdds.com we’ve put together a list of the most profitable and unprofitable teams to bet on this season.

With just over a third of the season remaining exactly half of the 24 sides are currently showing a profit. The results shown are based on a £10 win stake with bet365 and we have also included the return on investment for each team (£10).

Swansea are currently topping the charts when it comes to being the most profitable team to back in the Championship so far this term. Steve Cooper’s side are 4th in the table with two games in hand on all three sides above them. A win over league leaders Norwich at the start of the month (7/4) cemented their place as promotion candidates.

16 victories have helped them become the most profitable side this term, with notable away victories coming at Preston (2/1), Nottingham Forest (13/8), Cardiff (21/10). The Welsh side have beaten teams around them in Watford, Norwich and Reading this season and a steady stream of results has helped their profit to tick over. At even money they look a reasonable prospect in the Championship promotion market considering the games in hand they have over their rivals. 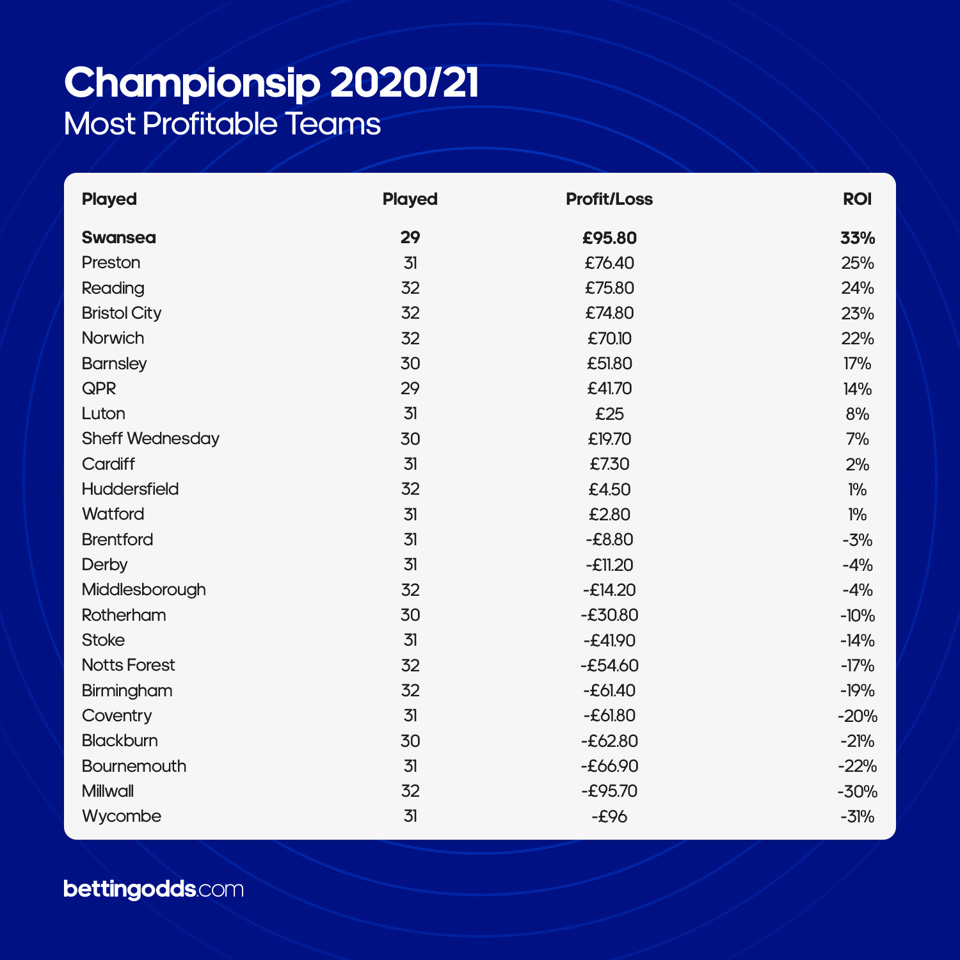 Bottom of the pile

Wycombe are rooted to the bottom of the Championship table and currently find themselves 11 points from safety. They are the most unprofitable team to follow this campaign in the division with just five wins to their name from 31 games played. Tuesday night provided their latest triumph with a shock win over Reading (10/3) at Adams Park. Their other four victories have been over Sheffield Wednesday (11/4), Birmingham (9/2), Cardiff (3/1) andHuddersfield (7/2). It could be worth keeping an eye on their prices, particularly against teams with nothing to play for towards the end of the season, should Wycombe still be involved in a relegation battle.

When it comes to the most profitable teams on the road this season one team stands alone. Preston North End have yielded a profit of £121.80 from their away fixtures this season, based on a £10 win stake each game. That’s an impressive return on investment (ROI) of 76%, and to put that into perspective, the next highest away from home this campaign is league leaders Norwich with a 34% ROI.

Preston sit 14th in the overall league table but when we convert that to just away games, they rise to fourth. Much of the profit here comes from a run at the start of the season where North End put together four straight away victories after earning a point at Norwich in their opening away fixture. The 4/1 triumph at Brentford back in October has been their biggest priced win of the season, which was soon to be followed up with away wins at QPR (6/4), Huddersfield (6/4) and Reading (2/1).

Carlos Coberan’s Huddersfield Town currently find themselves 18th in the overall Championship table but when we switch that to just home form they are 4th in the standings. With an ROI of 52% from their 16 home games, the Terriers are the most profitable side at home in the Championship this season.

Huddersfield have claimed eight victories in West Yorkshire this campaign with the five of those coming consecutively within the space of a month from the end of November to the end of December. This run of five straight home wins included three points against Middlesborough (9/4), Sheffield Wednesday (13/8), Watford (12/5) and Blackburn (5/2). Their latest scalp came against Swansea last weekend (5/2) where a brilliant 4-1 result gave them their eighth victory on home soil this season with the correct score priced at 125/1 with Betfair.