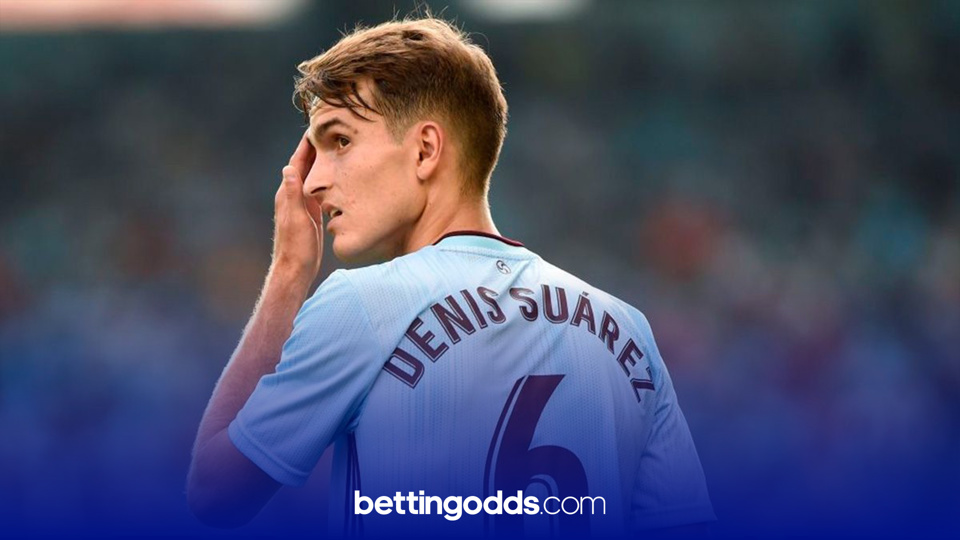 The hosts will be hoping to secure their first three points since the turn of the year and today will be as good a day as any with them facing a side without a domestic victory since the end of October!

At odds of 9/20 they are clear favourites, however, they have only won 24% of their games when priced accordingly! Following their impressive result at Atleti they will be brimming with confidence and they should field the same XI as the one that drew at the Wanda Metropolitano Stadium. The visitors welcome back Atonio Barragan and Gonzalo Verdu from suspension and both should slot back into their sides back four.

With eight cards to his name in La Liga this season, only Damian Suarez of Getafe (9) has more than Renato Tapia.

The Peruvian lynchpin tops the charts in terms of defensive output for Celta Vigo averaging 3.3 tackles, 1.5 interceptions and 2.1 fouls per game! Tapia has ramped it up recently, conceding 13 fouls and receiving four cards in his last five games! This probably explains why he is as short as 15/8 with Bet365.

The last time these sides met there were eight cards brandished and with Ricardo de Burgos Bengoetxea overseeing this one we could see another flurry here. Bengoetxea has averaged 4.82Y and 0.27R cards per game in La Liga this season and was also the man with the whistle in the reverse at the Estadio Manuel Martínez Valero.

This season in La Liga, Denis Suarez has accumulated six cards, all of which have come in his last 12 starts! At least one of the opposition's central midfielders have been cautioned in four of the last six of Eche’s La Liga fixtures.

At Barcelona, Suarez only received two cautions in 46 appearances, so you can understand the chunky price available today. However, given his cynical record this campaign and the fact that he was one of the eight players to be carded in the reverse, I think Suarez’s price of 11/2 with William Hill has to be worth a punt.

In his last three games, Suarez has registered four shots, one of which his the target and three were goal-bound. Elche rank second for shots conceded per game in the league - 13.9 per game - and given the attacking freedom Suarez gets in his role you fancy him to try his look tonight. He is priced at 4/1 to find the target with Betfair and Paddy Power which could be worth a go as a single, however, I have chosen to combine a booking with an SoT at odds of 32/1 with PP.

Best of luck if you are backing any of these selections and please remember to gamble responsibly!