Cameroon vs. Egypt Predictions: Aboubakar to take the hosts into the final 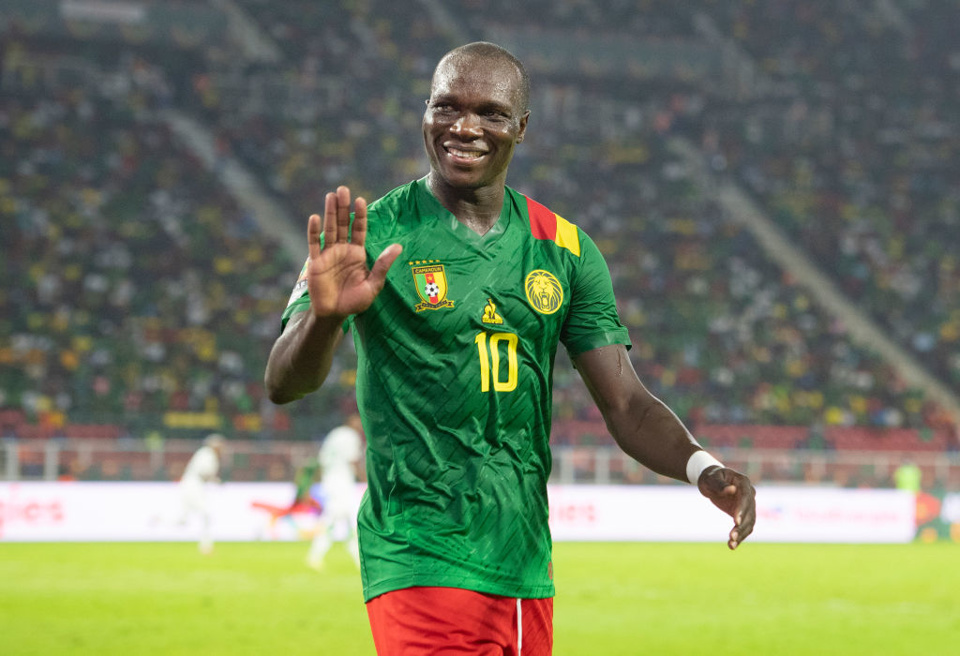 Cameroon vs Egypt: Can Vincent Aboubakar get back on the goal train vs the Pharoahs?
By Adam Roberts
16:52 Wednesday 2nd February 2022 - 3 minute read

We've reached the Semi-Final stage of the Africa Cup of Nations and we'll have full previews for both games and the final on site. We've asked our AFCON specialist OddsTerrier to have a look at the huge match between Cameroon and Egypt and select two picks that may be of interest.

Thursday evening sees possibly the biggest game yet of AFCON 2021, Hosts Cameroon take on African giants Egypt in a titanic tussle which is a rematch of the 2017 AFCON final. Cameroon won that one 2-1 and come into this tie as a slight favourite at 5/4. Next in the betting is the draw at 15/8 and the Egyptians are best priced 10/3.

The Indomitable Lions have a full squad to select from but are sweating over the fitness of Collins Fai who came off injured in the Quarter Finals. He would likely be replaced by Olivier Mbaizo should that be the case.

The Pharoahs have big injury problems, especially in the goal keeping department; first choice stopper Mohamed El Shenawy was already out and Mohamed Abou Gabal came off injured in the quarters. If he fails to recover in time then they will have to play 22-year-old Mohamed Sobhi from the start of the game.

First up we've taken Cameroon to win in 90 minutes in what will no doubt be a close game. Whereas the hosts have impressed throughout the tournament, Egypt have got to this stage in a very attritional manner. They are building momentum after a penalty win against heavily fancied Ivory Coast and then scraped past Morocco in extra time. However, they are now facing possibly the form team in this tournament and they will be up against a heavily partisan crowd.

When we combine the above with the fact that Egypt have had two 120 minute games on the trot and their ongoing injury crisis then we have to side with the Lions. The 5/4 on offer at William Hill looks value.

Secondly we like the look of the boosted 10/1 on offer at Paddy Power on the two stars in this contest to score in the 90 minutes.  We all knew about Mo Salah before AFCON started but he's been joined by the 29-year-old Aboubakar who has been the stand out striker at the event. Aboubakar fired a blank for the first time in the Quarter-Finals and will be looking to add to his six goals here. Salah has steadily seen his influence rise for Egypt and after scoring the winning pen in the last 16, scored and assisted Trezeguet's second in the quarters.

#Ad. New customers only, bet up to £20 on the Exchange and if your first bet loses, we’ll refund you £20 in Cash. Bet must be placed in first 7 days of account opening. T&Cs apply. Payment restrictions apply. 18+ begambleaware.org
Football Betting