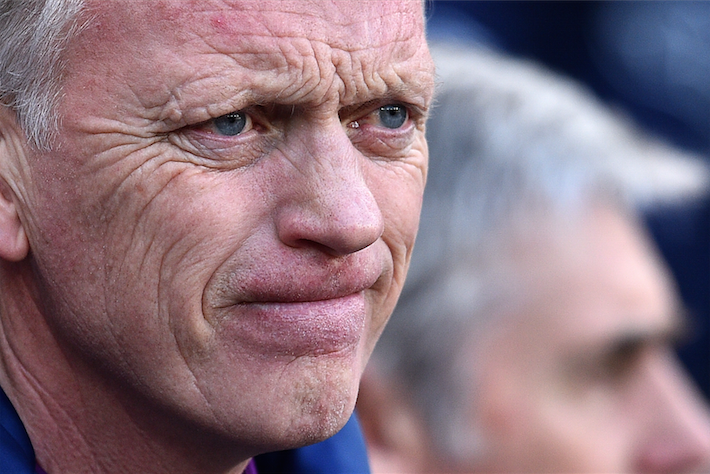 get offer get offer
#Ad. 18+ Playsafe. New customers only. Place your FIRST bet on any Football market and if it loses we will refund your stake in CASH. Max refund for this offer is £20. Only deposits made using cards will qualify for this promotion. T&Cs apply. 18+ begambleaware.org
West Ham, Verona, Clermont & Lyon all BTTS
10/1
Odds correct as of 2022-02-25 16:20 Odds subject to change.

We've got a full slate of UK football this weekend and we've got match previews on site for all the Premier League games. We've asked our BTTS guy @OddsTerrier to scour the formbook for Sunday's European games and he's picked out a tasty four-fold for your gratification. It pays a little over 10/1 with bet365 including a 10% Accumulator Bonus.

First up we have the sole Premier League game being played on Sunday. We will have a full preview for this game on site from Saturday onwards but we've also included it in our BTTS punt.

Sixth hosts seventh in a game with huge repercussions for the last Champions League spot. West Ham are in mixed form; winning two, drawing two and losing two of their last six fixtures. Wolves on the other hand, have won six of their last nine and were extremely unlucky to lose against Arsenal in midweek, due to an injury time winner.

The Hammers lead the league for home BTTS stats with 77% (10 of 13) games at the London Stadium ending that way. Wolves rank bottom for BTTS , mainly due to their stout defence, but in recent weeks they've started to open up and four of their last six games have seen it hit. Against a team as open as West Ham I foresee it happening again here.

We move into Italy and Serie A for a local derby between Hellas Verona and Venezia. Just 75 miles separate these two rivals but they are a fair distance apart in the league. Hellas sit in 9th place, on the verge of the European spots, whereas Venezia are down in 18th and in the relegation zone.

Verona rank extremely highly for BTTS with 77% of their games (20 of 26) seeing it land. Marcantonio Bentegodi Stadium has seen 44 goals scored in just 13 games. Venezia rank slightly lower at 60% but I can see them scoring here, in a high scoring loss against local rivals.

Onto France and two selections from Ligue 1. Clermont, down in 15th host rock bottom Bordeaux, yet are only six points above them in the table and need a win here to keep the distance from their relegation rivals.

Pascal Gastien's men are in a good run of form but tend to leak goals at home, letting in 16 in just 12 games. 58% of their games at Gabriel Montpied Stadium have seen BTTS land. Bordeaux have a decent goal scoring record on their travels with 17 in 12 games - sadly they've conceded a whopping 37 in that time! 67% of their games on the road have seen neither team keep a clean sheet.

Our last selection sees Lyon host their northern counterparts Lille at the Groupama Stadium. This is your classic mid-table game with the two sides separated by one spot and one point.

Lyon have been BTTS masters at home with 10 of their 13 games (77%) seeing it occur. Lille are almost as impressive with 69% of their road games seeing BTTS land. They rank 3rd and 4th in the league overall for BTTS ranking.