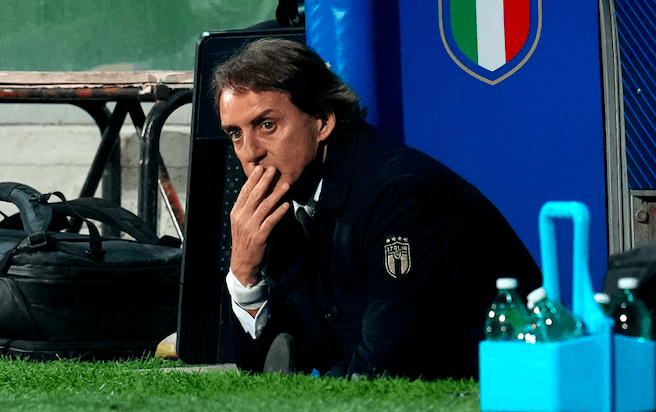 The Nations League continues to bring joy to our lives with a number of fixtures on Friday, featuring some of the mightiest names in international football.

Estonia vs Malta, Bulgaria vs Gibraltar, there’s no ending in sight for the enthralling list of games at hand, and here at BettingOdds.com, we’ve dived head first into the seven choices at hand, and picked out a tasty looking BTTS four-fold, courtesy of SBK.

Starting off over in Germany, we’re looking at the A League’s two top sides in Group C to both score on Friday night. Hungary have caught everyone by surprise so far, shown by their 4-0 demolition away to England in June. BTTS has landed in each of the last two meetings between these two sides, with 1-1 and 2-2 draws respectively, and as the two top scoring sides in a group that also contains Italy and England, we should expect to see them both find the net here.

Moving on, we’re looking at a rematch of the infamous EURO 2021 Final. The most recent meeting between these two sides ended in a dull 0-0, but prior to that there was a run of five consecutive fixtures where BTTS landed.

England have only scored the one goal so far in this year’s competition, but a desire to get results right ahead of the World Cup should see them create, and you can never count Italy out at home.

Georgia vs North Macedonia: BTTS NO

Onto our third selection, we’re looking at both teams to not score between Georgia and North Macedonia. Georgia, driven forward by the world’s greatest player in Kvicha Kvaratshkelia (who has eight goals in 17 caps), currently sit top of League C Group 4, and are the Nations League’s second highest scorers behind Turkey. Both teams not to score has landed in seven of Georgia’s last 10 internationals in all competitions, including a 3-0 win over North Macedonia in the reverse game.

For the North Macedonians, only one of their last five internationals have seen both teams score, so that gives us hope at just under evens.

Finally, we’re looking at both teams to score between Bosnia and Montenegro.

A lot is at stake in this game, with just one point separating these two sides at the top of League B Group 3, so a potential promotion could be on the cards. Bosnia have seen BTTS land in three of their last four Nations League games, including a 1-1 draw with Montenegro, and will have all-time top scorer Edin Dzeko leading the line.

Montenegro have only seen BTTS land once in the Nations League so far, but with a promotion place at stake and a potential EURO 2024 play-off spot, chances should be on the cards in what could be an attacking game. 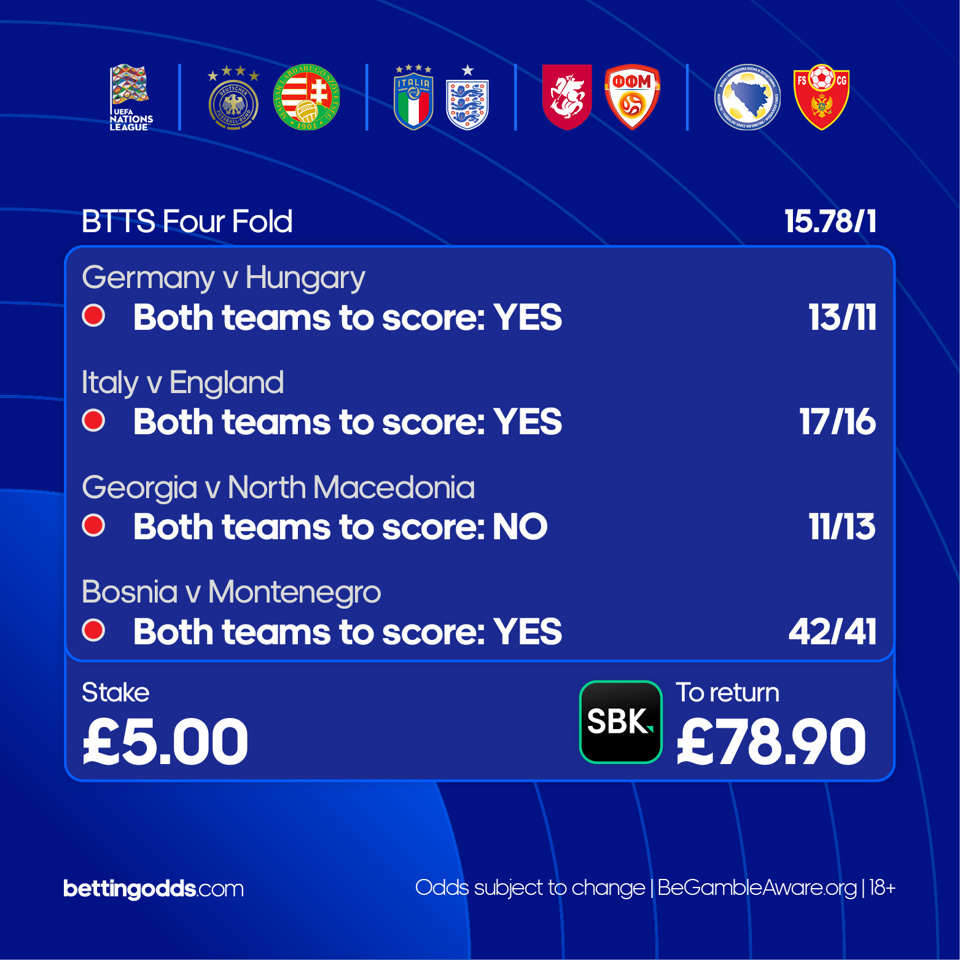 Our BTTS acca for Friday night.