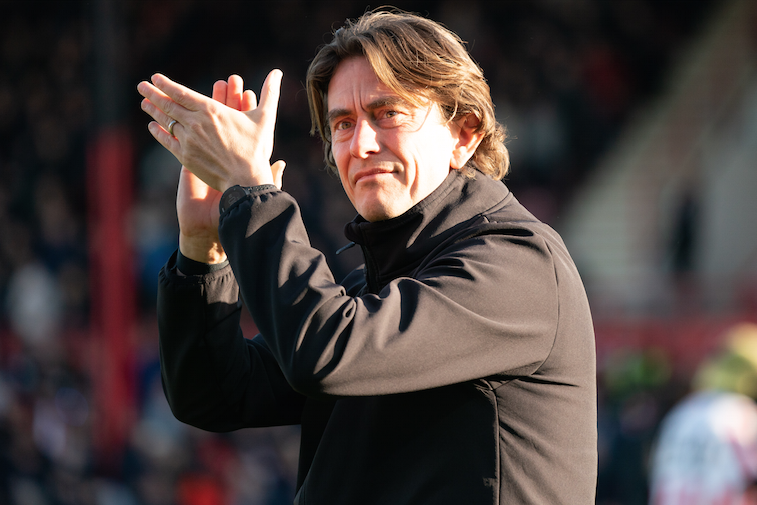 Saturday evening live on Sky Sports with a 17:30 kick off, Brentford welcome Manchester United for their second Premier League fixtures of the season.

Brentford's first game of the season did not get off to a good start, heading into the half-time break 2-0 down to a dominant Leicester City. A strong fight back from the Bees will give their fans some confidence as they managed to win the second half 2-0 and end the game a point a piece.

The big loss for Brentford in the transfer window was Christian Eriksen who had a tremendous impact on the squad when joining for the later stages of the last campaign. He returns to the Brentford Community Stadium with new club Manchester United. Brentford still managed a solid transfer window bringing in Keane Lewis-Potter, Mikkel Damsgaard, Ben Mee, Thomas Strakosha and Aaron Hickey. A 13th place finish last season for Thomas Franks side was exceptional, some great signings on the board this season, they will be hopeful of remaining in the Premier League yet again.

The worst possible start to Erik Ten-Hags tenure at Manchester United, also falling behind 2-0 before the break against a lively Brighton & Hove Albion in front of the Manchester United faithful. Coming out looking sharper in the second half but still failing to level the game, Brighton left old Trafford with all three points in a 2-1 win.

The future of talisman Cristiano Ronaldo still remains uncertain, but new signings Lisandro Martinez, Christian Eriksen and Tyrell Malacia all got minutes in the defeat last week. With Pogba returning to Italian side Juventus, United still look extremely weak in central midfield, still relying on McFred to do the job, a partnership that doesn’t look suitable for a side striving to get back into the Champions League.

A line that looks very appealing against a lack-lustre Manchester United is taking Brentford for under 14.5 tackles at even money.

In their opener against Leicester, Brentford only managed eleven tackles, way below the 14.5 line required here on Saturday evening. They’ve only managed to register fifteen or more tackles on two occasions across their last ten matches, including just nine tackles in the repeat of this fixture in gameweek 35 last season. Manchester United opposition last week, Brighton & Hove Albion, averaged over seventeen tackles per game across the Premier League 21/22 season, but only managed fourteen in the opener, siding with the unders from Brentford looks solid value as long as Christian Norgaard can refrain from one of his tackling masterclasses.

Returning to the Brentford Community Stadium as Manchester United's new number 14, I am taking a chance on Christian Eriksen getting on the scoresheet early. Leading the line against Brighton in a central role for Manchester United, it's likely he starts in a similar position yet again. Although dropping deep quite often to help orchestrate play, he got himself into great shooting positions around the box, registering two shots on target with one shot off target. With the introduction of Ronaldo later into the game if he still isn’t fully fit, id much rather take the bigger odds of 12/1 on Eriksen to net first in a game where he will have freedom to get into the box at will.